App developers are pushing the envelope on a daily basis trying to improve and enhance our smartphone and tablet experiences. In fact, so many Android apps come out every day that it’s difficult to keep track of them all. It’s difficult to usurp the best of the best but if you’re getting bored with what you’ve got and want to try something new, check out the best new Android apps from the last month! You can watch the videos from past months by clicking here! You can check out our selections for the best new Android apps from 2019 in the video above! Armoni Launcher is a new third party launcher for iOS fans. It’s a fairly faithful replica of the iOS 14 launcher and includes support for iOS style widgets along with home screen setups and docks. Some other features include simulate 3D Touch, a widget auto-reisizer to turn almost any widget into an iOS widget, and the usual stuff like dark mode and icon pack support. The launcher actually looks pretty decent and it’s a fun way to dress up your Android phone to look like an iOS phone.

Bibino Baby Monitor is a rare new baby monitor app. It lets you turn a spare Android device into a fully functional baby monitor. You simply install the app on both devices and then pair them through the app. After that, the second device acts as a video baby monitor while your primary phone receives the data. It supports both mobile data and WiFi so you can check even when you’re not home. Additionally, the app includes a Night Light function for easier seeing in the dark and two-way audio support so you can sing to your child even when you’re not there. There is a subscription service but it’s not that bad. Calendar.AI is a new calendar app for people who really use calendar apps. It gears most of its features toward business use and has a lot of features for things like meetings. There is a Smart Schedule function that lets you organize meetings better along with functions for things like meeting notes and a contact info function that lets you gather insights about people (premium version only). In terms of pure functionality, it’s a decent calendar app. It supports a few different views (3-day, agenda, day, and week), has a clean, functional UI, and it has native support for Zoom Meetings, GoToMeeting, Webex, Microsoft Teams, Skype.

COVIDWISE is the official COVID-19 app for Virginia (in the US). It’s a good example of Google and Apple’s Exposure API. The app basically works in the background and keeps track of devices you pass through while other people’s devices keep track of you. If anyone the app tracks gets COVID-19, the app sends out a notification to anyone the person may have come into contact with. It also alerts local governments so they can appropriately act as well. There are a lot more of these in a lot of other places, but this is a strong example either way. Energy Notch is the latest app from the makers of Energy Ring. This one lets you create a glowing ring around your phone’s notch that acts as a battery indicator. You can customize it in a variety of different ways, including thickness, color, and you can even adjust the size for your notch. It doesn’t have a ton of phone support yet, but there are a few OnePlus, Xiaomi, Redmi, and Motorola phones on the list. The app has in-app purchases but it’s an optional donation system in case you want to get the developer a beer. Looking for stuff other than apps? Try these lists! Best Bluetooth headsets for when you’re on the go

LitePass is an app discovery platform with a focus on the Lite variants of apps. You simply open the app, look for the one you want, and the app directs you to the Google Play Store. All the big hitters are here, including Google apps, YouTube, Facebook, Skype, Twitter, LINE, and others. The developers also promise consistent updates when new Lite apps are available or found. The app itself is a super simple design and it shouldn’t confuse anybody trying to use it. The app is also entirely free. Motion Cam is a third party camera apps with a neat premise. It records images before and after you snap a photo and you can choose the one you want. The app records images in RAW format. Some of the other features include the ability to customize the post processing stuff such as white balance, tone mapping and sharpness. There is also a noise reduction algorithm that isn’t half bad and some basic manual camera controls as well. It’s a fairly simple app overall, but it’s also in Early Access beta so we’ll see how it improves over time. ScreenHive is an experimental digital wellbeing app and a pretty good one too. It uses the Bubbles function (similar to Facebook’s Chat Heads) to keep a little timer on your screen at all times. The timer tells you how long you’ve been on your phone so you can self shame yourself into not spending all day on your phone. The concept is simple and the execution is easy. Nobody should have a problem using this one and it does its one function quite well.

Q Chat is a new, anonymous chat room app. The app aims to be a place for people to chat anonymously about various topics. It feels like a typical chat app for the most part, but it has some decent features. You get an auto-generated screen name when you open it and doesn’t require a login, similar to old IRC chats. You can also private message people and there are some other basic features as well. This one is in Early Access beta so we assume this isn’t the finished product yet. Wondery is a premium podcast platform with some unique shows on it. It tries to add a streaming service element to the whole platform. Basically, the app has a variety of podcast shows with multiple seasons and episodes. You listen to them in sequential order just like you would a TV show. The idea is kind of neat. However, you can get a lot of content like this for free on other podcast players and we don’t know if the library is substantial enough yet to justify another subscription. It’s ultimately your call. Thank you for reading! Here are some final app lists if you want to keep reading!

If we missed any great new Android apps, tell us about them in the comments! You can also click here to check out our latest Android app and game lists!

(61)
₹74,999.00 ₹32,899.00
This Renewed product is tested to work and look like new with minimal to no signs of wear & tear; the product comes with relevant accessories and is backed by a minimum six month seller warranty; box ... read more
(as of October 17, 2021 05:19 GMT +05:30 - More infoProduct prices and availability are accurate as of the date/time indicated and are subject to change. Any price and availability information displayed on [relevant Amazon Site(s), as applicable] at the time of purchase will apply to the purchase of this product.)

₹8,990.00
12MP rear camera with large 1.25μm pixels | 5MP front camera ; 5V/1A charger included ; Built-in rechargeable battery ; Supports 10W charging ; Bluetooth 4.2V 13.84 centimeters (5.45 inch) HD+ full sc... read more
(as of October 17, 2021 05:19 GMT +05:30 - More infoProduct prices and availability are accurate as of the date/time indicated and are subject to change. Any price and availability information displayed on [relevant Amazon Site(s), as applicable] at the time of purchase will apply to the purchase of this product.) 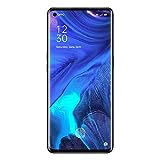 ColdSnap is like a Keurig machine for soft-serve ice cream

DNS Filtering: A Top Battle Front Against Malware and Phishing