Android gaming is getting bigger and better every month it seems and there is always a slew of new titles coming to Google Play. Whether you’re a casual gamer or you want something with a bit more meat on its bones, there’s usually a game coming out to suit everyone’s taste. Some months are better than others, but there is usually at least one great new game on mobile every month. Let’s take a look at the best new Android games from the last month! You can watch the videos on YouTube from previous months by clicking here! You can also check out our picks for the best new Android games for 2019 in the video above!

Abyssrium World: Tap Tap Fish is a simulation game that boasts a relaxing experience. The game takes place under the sea and players build their own little ecosystem under the waves. You build colonies to produce air bubbles that keep things clean and keep the fish healthy. There are also various customizations like seaweed and coral to decorate. The game is as advertised for the most part. There are a bunch of limited time in-app purchases and stuff that puts pressure on players to spend real money, but you honestly don’t need to. Otherwise, it’s a decent experiecne.

Gamevil managed to get its yearly baseball refresh out before the end of the MLB season. It’s your typical, grind-heavy mobile RPG. You collect various baseball trainers, put together a team, and customize it. There is a team management function that lets you upgrade players along with plenty of customization elements to make your team unique. The game play elements are fine. They won’t blow your mind or anything but it’s serviceable for the game’s genre. It’s a bit of a cash grab, but you can progress without it with enough time and grinding.

Company of Heroes is a rare, premium real-time strategy game for mobile. It’s a full port of the PC game from the mid-2000’s and it takes place during World War II. Players direct troops against the Nazis through 15 missions that starts at D-Day and takes you through the European Theater of Operations. Some of the battles are tailored after real battles from the war as well. The game is a bit expensive, but it’s a full-featured RTS game with no additional in-app purchases.

Soul of Eden is the latest title from Rayark, a developer of mostly rhythm games. This one is not a rhythm game. It’s a card collector and online multiplayer game. It mixes the card dueling elements with strategy elements for a fun little experience. The game leans a bit heavily on its strategy elements and making a mistake in the first minute usually results in a loss without much wiggle room to make a comeback. Additionally, the game’s meta is a little bit difficult to get around for free players. Otherwise, it’s decent overall.

Lord of Heroes is a mobile RPG that bucks the gacha trend a little bit. You don’t pull characters from a pool like normal, but earn them by completing in-game criteria. The story is a little mundane, but it’s well executed and the characters aren’t overly sexualized or violent like most mobile RPGs. The controls and mechanics are also solid, although some people report some lag on lower end devices. The Google Play description also features a note from the game’s director and we think that’s a neat touch. It’s a free to play game and some of the in-app purchases are absurdly expensive, but the game play is free player friendly so it’s not the biggest deal.

Mousebusters is an adventure-horror title about a group of mice who exercise ghosts from an apartment building. At its core, it’s a point-and-click adventure game with a fairly linear story line. You just move around the game, find stuff, and progress as per the norm. It’s not an overly difficult title and it focuses a lot more on its story than its mechanics. Free players do hit a paywall eventually in order to finish the game, but you can progress pretty far before you have to pay anything. Consider the free version an extended free trial and this one is pretty good.

Runelords Arena is a turn-based mobile RPG with a decent story mode and online PvP. The game features five classes to build a team around. You simply level up your heroes and progress through the game. The story seems decent although we didn’t get too far into it. Meanwhile, the online experience is about par for the course for this type of game. The game had some pretty serious bugs on release but the developers were surprisingly quick at fixing most of them. We hope this bodes well for the long term health of the game.

Tom Clancy’s Elite Squad is Ubisoft’s latest game. It’s a fairly standard Western gacha experience. Players collect characters from the various games (both villains and protagonists), build a team, and face off against new bad guys. There are clans for PvE multiplayer experiences along with a PvP arena. Unfortunately, the game’s strategy elements aren’t overly pronounced and that’s a bit disappointing. Additionally, the game still suffers from some obnoxious bugs even a few weeks after release. We expect this one to rebound, but we recommend waiting a few more weeks to really give it a spin.

Trivia Cars is another mobile spin on the trivia game genre. It features over two million questions, weekly multiplayer events, and there are cars to upgrade and customize, and plenty of social elements to keep things interesting. It basically functions like most trivia games. You run through various questions and lose if you miss a question. The biggest complaint we have is the question accuracy. Some of the questions have completely wrong answers and it messes things up. It doesn’t happen often, but it’s consistent enough to be irritating. If the developers fix the issue, this is a reasonably good trivia game.

Zoo Guardians is a simulation game where players build a zoo. You basically build a zoo, stock it with animals, and run the zoo as a zoo is typically run. Players are responsible for the health of the animals as well as the health of the zoo itself. There are various quests to complete such as saving animals from extinction. This one is still rather new and the developers have some bugs to fix. Namely, some events don’t quite work properly and the game freezes even on modern flagships. It has a ton of potential though as long as the developers fix everything. Thank you for reading! Try these too:

If we missed any great new Android games, tell us about them in the comments! You can also click here to check out our latest Android apps and games lists! 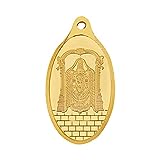 ₹13,495.00 ₹10,520.00
WHP Jewellery Traditional Balaji Pendant Collection. This Balaji Pendant is made of 24kt (999) 2 gram Lord Balaji Yellow Gold. The product is 1.9 inches in length and 2.5 inches in height. 100% buybac... read more
(as of October 27, 2021 18:55 GMT +05:30 - More infoProduct prices and availability are accurate as of the date/time indicated and are subject to change. Any price and availability information displayed on [relevant Amazon Site(s), as applicable] at the time of purchase will apply to the purchase of this product.) 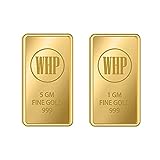 (2)
₹38,495.00 ₹31,232.00
WHP Jewellery Traditional Coin Collection. This Coin is made of 24KT (999) 6 gm Combo(5gm+1gm) Yellow Gold. 100% buyback Guarantee of products on prevailing rates in WHP stores across India. The item ... read more
(as of October 27, 2021 18:55 GMT +05:30 - More infoProduct prices and availability are accurate as of the date/time indicated and are subject to change. Any price and availability information displayed on [relevant Amazon Site(s), as applicable] at the time of purchase will apply to the purchase of this product.) 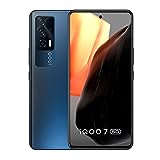 (62549)
₹350.00 ₹210.00
The Alchemist
(as of October 27, 2021 18:55 GMT +05:30 - More infoProduct prices and availability are accurate as of the date/time indicated and are subject to change. Any price and availability information displayed on [relevant Amazon Site(s), as applicable] at the time of purchase will apply to the purchase of this product.) 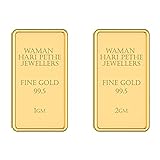 (1)
₹18,495.00 ₹15,657.00
WHP Jewellery Traditional Coin Collection. 100% buyback Guarantee of products on prevailing rates in WHP stores across India. The item will be delivered to you in a tamperproof package. Please inspect... read more
(as of October 27, 2021 18:55 GMT +05:30 - More infoProduct prices and availability are accurate as of the date/time indicated and are subject to change. Any price and availability information displayed on [relevant Amazon Site(s), as applicable] at the time of purchase will apply to the purchase of this product.) 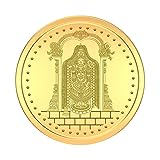 ₹50,000.00 ₹37,066.00
WHP Jewellery Traditional Coin Collection. This Coin is made of 22kT (916) 8 gm Yellow Gold. 100% buyback Guarantee of products on prevailing rates in WHP stores across India. The item will be deliver... read more
(as of October 27, 2021 18:55 GMT +05:30 - More infoProduct prices and availability are accurate as of the date/time indicated and are subject to change. Any price and availability information displayed on [relevant Amazon Site(s), as applicable] at the time of purchase will apply to the purchase of this product.)

What to Know About The Social Dilemma – Social Media Explorer