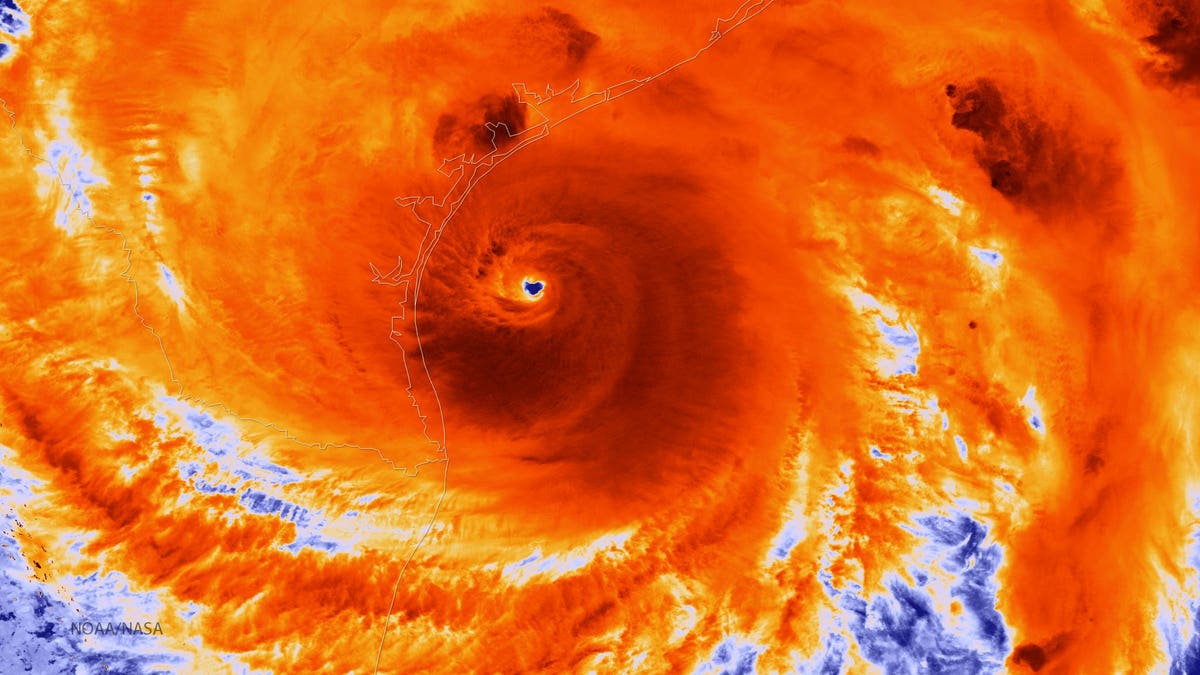 If it happened in a movie, it must be true right? Wrong, but I will get to that in a moment. 2020 has given us yet another moment consistent with everything else going on this year. The National Hurricane Center is currently monitoring Tropical Storms Laura and Marco, respectively. At one point on Friday, the official forecast projected both storms to become hurricanes at some point in the Gulf of Mexico. While this would be an unprecedented event, the forecast as of Saturday morning now only has Laura reaching hurricane strength with Marco remaining a tropical storm. There is still a high level uncertainty with both of these forecasts. Throughout the week, I received questions and saw posts about whether the two storms would merge into a gigantic megastorm. The answer is “no.”

Before explaining why the two storms are not going to merge, let’s get an update on Laura and Marco, respectively. According to the latest information from the National Hurricane Center, “Over the Gulf of Mexico, warm water and a likely favorable shear environment should allow Laura (graphic below) to become a hurricane, a scenario now supported by much of the guidance.” Because the storm is tracking more southward than previous model forecasts, its interactions with the island of Hispaniola and Cuba could briefly hinder the intensification.

Forecasters have backed away from Marco becoming a hurricane, but it is still projected to be a tropical storm (graphic below). According to National Hurricane Center forecasters, “Although the UW-CIMSS shear product and global models indicate a favorable upper wind pattern, GOES-16 sounder analysis data show a higher than normal vertically stable environment in the western Caribbean.” The latest guidance also throws cold water on the trendy idea that “any binary direct or indirect interaction” is going to happen while both storms are in the Gulf of Mexico. However, there was a lot of talk in social media this week about it happening. You may have even seen a “new” (it really isn’t) phrase emerge called the Fujiwhara Effect.

If it happened in a movie, it must be true right? Wrong. The movie 500 MPH Storm (2013) is about a high school experiment gone wildly wrong and resulting in hurricanes out of control. The lead character has to get a family to safety before hurricanes merge into a hypercane. It’s not on my “to see” list. Many people may also think back to the movie The Perfect Storm (2000). The movie loosely chronicles a 1991 event in which a Nor’easter (a mid-latitude storm deriving its energy from air mass differences) absorbed the remnants of Hurricane Grace. The storm regained tropical characteristics later but was never named according to Accuweather.com. Like the transition of Hurricane Sandy to a mid-latitude cyclone in 2012, this process was very different from the innuendo I was seeing this week.

My colleague Sean Sublette, a meteorologist with Climate Central, posted on Friday, “In case it comes up….No. 2 tropical systems cannot merge into one megastore. #fluiddynamics.” What has happened in the past is something called the Fujiwhara Effect. The American Meteorological Society Glossary of Meteorology defines it as “the tendency of two nearby tropical cyclones to rotate cyclonically about each other as a result of their circulations’ mutual advection.” The peer-review literature does document a “merger” process but not really in the manner that many people are thinking about it. A study (2000) in the American Meteorological Society journal Monthly Weather Review explains how the delicate dance involving tropical cyclones Zeb and Alex represented a classic Fujiwhara interaction followed by a weakened Alex being wrapped around Zeb as a spiral band. This study is worth the read to understand the fascinating complexity of such interactions, which are far more common in the Pacific basin. NASA has an excellent discussion at this link and if you can, check out this neat animation Tweeted by Jake Carstens.

Hopefully, this sheds light on the latest viral meteorological terminology out there. We really don’t need to overhype this event. Nature is giving us plenty of “wow” moments. We have the earliest “L” and “M” storms on record. Dr. Phil Klotzbach tweeted, “#Marco has formed in the NW Caribbean – the earliest 13th Atlantic named storm formation on record. Prior record was a tie on September 2 at 12 UTC between Maria (2005) and Lee (2011). #hurricane”

Interview: Rebuilding and expanding Kingdoms of Amalur with Re-Reckoning