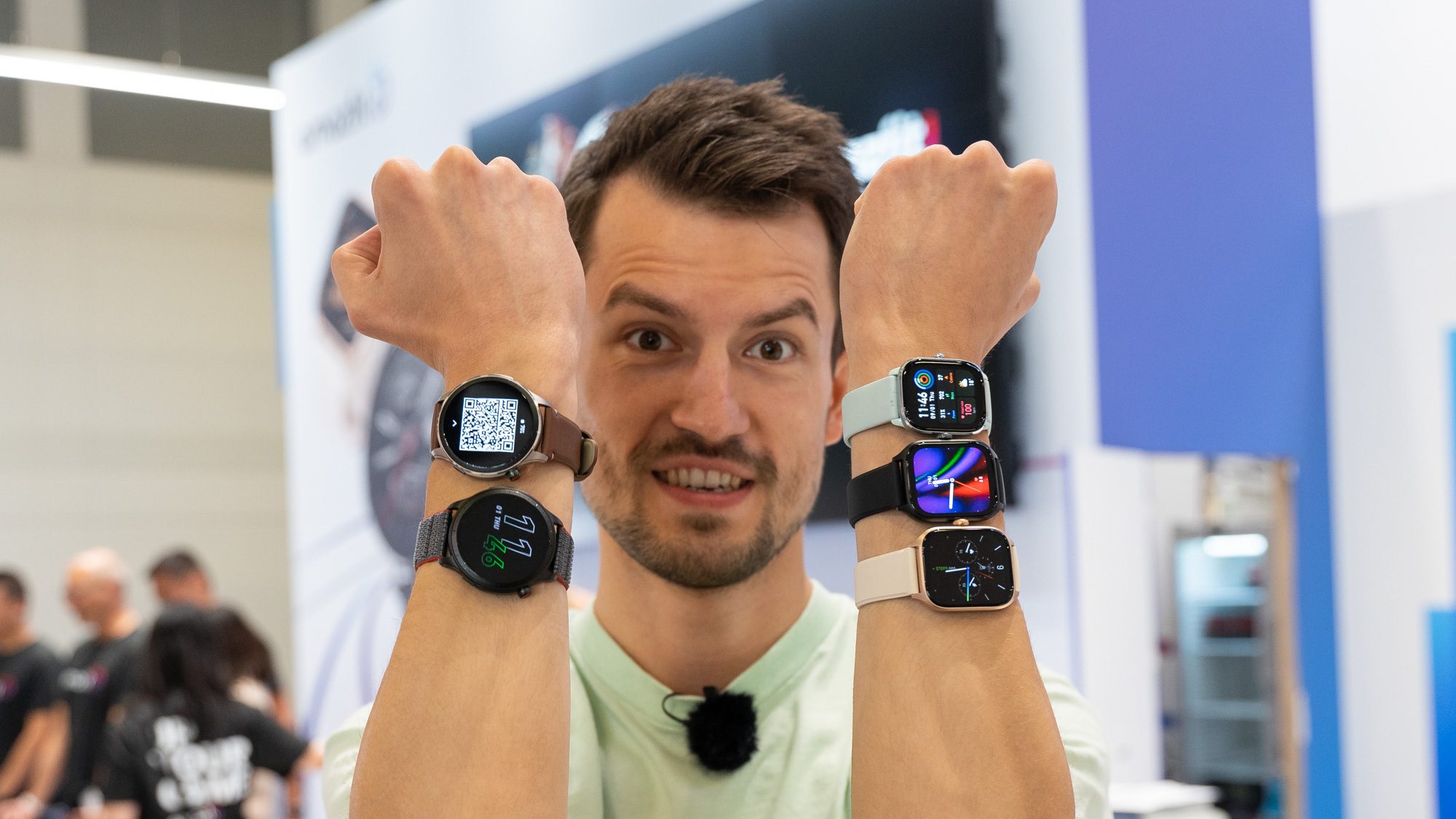 Amazfit presented three new smartwatches at IFA 2022: Amazfit GTR 4 and Amazfit GTS 4 and GTS 4 Mini. Thanks to numerous improvements, the fourth generation is expected to take on competition from Apple, Samsung and co.

Smartwatch brand Amazfit, which belongs to Zepp Health, previously unveiled the fourth generation of its GTR and GTS series at IFA 2022 in Huami, Berlin. Amazfit is focused on the GTR 4 and GTS 4 models, which replace the GTR 3 Pro and GTS 3. They are functionally very similar, but visually different: The GTR 4 round And GTS 4 is rectangular Held.

Appears for the Amazfit GTR 4 229,90 euros In Superspeed Black, Brown Leather and Racetrack Grey. Amazfit GTS 4 on the other hand is priced a bit lower 199,90 euros Which starts with Infinite Black, Misty White, Autumn Brown and Rosebud Pink. Both watches can be pre-ordered from the manufacturer from September 2nd and will be available in stores from September 12th.

Especially the integrated ones Dual band GPS antenna with circular polarization As indicated by the manufacturer. This will enable them to receive twice as many satellite signals as watches with linearly polarized GPS antennas. Positional interference caused by trees or buildings can thus be significantly reduced. Real-time GPS movement tracking is possible on the watch. With future updates, Amazfit also wants to add the function of importing root files to the watch.

Additionally, Amazfit supports GTR 4 and GTS 4 Intelligent detection of strength exercises. After starting the strength training sport mode, the smartwatches can automatically detect 15 types of exercises and the number of repetitions. After the first OTA update, the number should even increase to 25 exercise types. Both models have a total of over 150 sport modes. During training, fitness data (such as pulse rate) can be announced through the loudspeaker in real time, so there is no need to look at the display to check it.

Below is the installed one A second LED is added to the PPG sensor, which according to the manufacturer increases data collection by 33 percent. With an improved algorithm, it significantly reduces potential signal interference during hand movements, and heart rate detection is now more accurate.

More information in a nutshell

The manufacturer has introduced the Amazfit GTS 4 Mini as a cheaper alternative to the GTS 4. He comes with a 1,65-joule-display (probably LCD) in a rectangular design, with a resolution of 336 × 384 pixels. Supports clock More than 120 sport modes And its 270 mAh battery should be one 15 days duration According to the capable manufacturer, it lasts up to 45 days without charging in battery saver mode. Color options are Midnight Black, Moonlight White, Mint Blue and Flamingo Pink. Mini model already Available now and costs 99.99 euros.