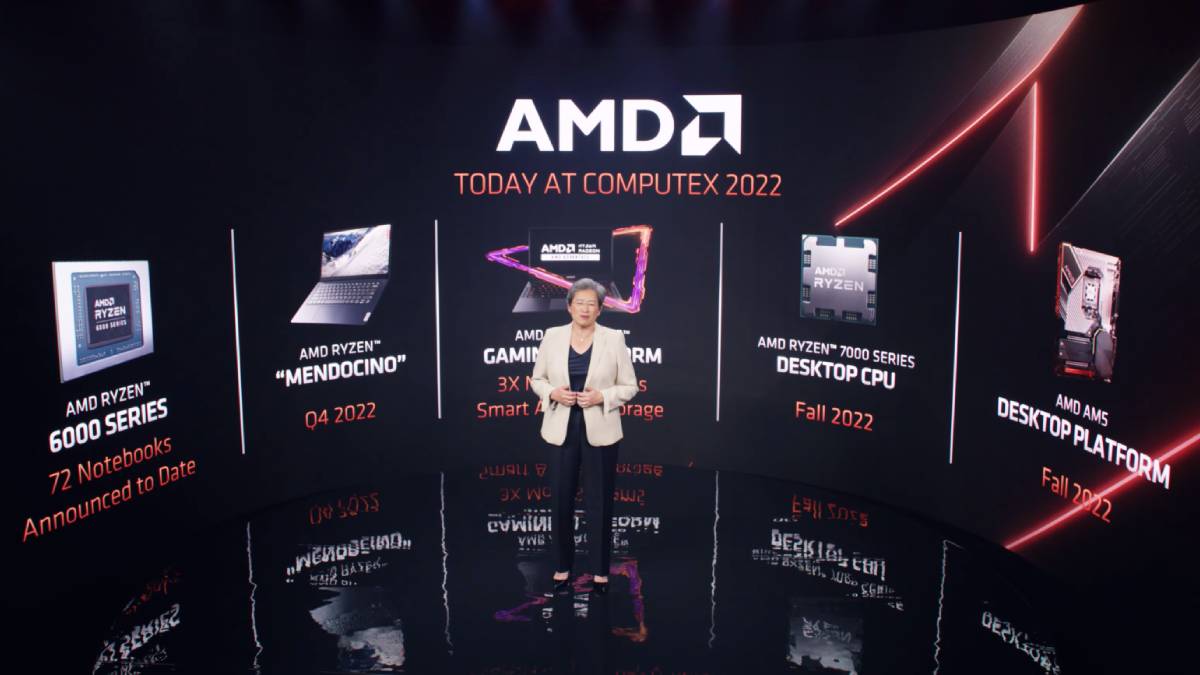 AMD CEO Dr. Lisa Sue has unveiled some details of the company’s upcoming Ryzen 7000 series CPU at its Computex 2022 Keynote, along with a new AM5 socket and a 600-series chipset for the motherboard that will accompany them. The company has teased an upcoming ‘MendoSino’ CPU lineup for affordable mainstream laptops and Chromebooks, as well as a new SmartAccess storage feature for high-performance laptops. Although specific details of the model, price and features have not been released, AMD says that these products will be launched by the end of 2022.

The Ryzen 7000 series CPUs, codenamed ‘Raphael’, will be based on the Zen 4 CPU core architecture and will extend up to 16 cores across two physical chiplets. These chiplets will be manufactured using a new 5nm TSMC process and CPUs will feature a new IO dio based on a 6nm process.

AMD will introduce the new AM5 socket, eventually retiring the AM4 standard that was served before the launch of the original Ryzen CPU series in 2017. This will allow generation change to DDR5 RAM and PCIe 5.0 interconnect standards. The maximum TDP supported will go up to 170W, and all coolers designed for Socket AM4 will be compatible. It also marks a transition from the current pin grid layout to an LGA-style CPU package.

The AMD watch promises to increase speeds “significantly above 5GHz” and a display shown during the presentation shows a pre-production 16-core CPU model running up to 5.5GHz in the Ghostwire: Tokyo game. The CPU is also shown hitting Intel’s Core i9-12900K in a multi-threaded Blender workload.

The Zen 4 CPU core will have the same features of the L2 cache as the current generation, and will have extended instructions for managing AI acceleration. The company will also use its RDNA2 GPU architecture for integrated graphics capabilities. For high clock speeds, architectural improvements, and new manufacturing processes, AMD has improved energy efficiency and single-threaded performance by 15 percent.

The Ryzen 7000 CPU will have up to 24 PCIe 5.0 lanes. Platform-level capabilities include Wi-Fi 6E, up to 14 USB ports, and four simultaneous displays on HDMI 2.1 and / or DisplayPort 2.0. Three new desktop chipsets have been announced: for the “most demanding enthusiasts” the X670 Extreme will support multiple PCIe 5.0 devices with extreme overclocking and power delivery capabilities. The X670 will appeal to “most enthusiasts and gamers” with at least one graphics card, including PCIe 5.0, and an M.2 storage device. Mainstream B650 based motherboards will only support PCIe 5.0 for storage devices. The budget segment will probably continue to be served by AM4 products for some time to come.

ASRock, Asus, Biostar, Gigabyte, and MSI’s AM5-based motherboards will be announced at Computex 2022 this week and will go on sale later this year with the new Ryzen 7000 CPU. AMD further stated that the PCIe 5.0 SSD of major brands will be available at the same time and it has worked closely with SSD and controller manufacturers.

Further details such as the SKU, specification and price of the Ryzen 7000 series as well as details of the Zen 4 core architecture will be announced near the “fall 2022” launch window.

With enthusiastic new desktop hardware, AMD has talked about the success of its Ryzen 6000 series laptop CPUs, announced at CES earlier this year, and teased a new CPU family codenamed ‘Mendocino’ for low-cost laptops and Chromebooks. Interestingly, this is the same codename that Intel used for its first Celeron CPU generation in the late 1990’s. It will be based on AMD’s Mendocino Zen 2 CPU core architecture but will also have RDNA2 graphics capabilities. Other specifications include support for LPDDR5 RAM. The CPU will have up to four cores with eight threads. The company projects more than 10 hours of battery life for MendoSino-based laptops.

AMD is targeting laptops in the 399 to $ 699 price range (approximately Rs 30,000 – Rs 55,000 before tax). Laptop OEMs should start announcing models from Q4 2022 It should appeal to students, office workers and those who need simple, basic productivity in a portable package.

During the keynote address, AMD also spoke about the success of its AMD Advantage Laptop Design program and the various capabilities that OEM can implement with an AMD CPU and GPU. With models from Alienware, Lenovo, HP and Asus offering such capabilities, AMD has also previewed the upcoming Corsair Voyager notebook designed for mobile gaming and streaming. Corsair Voyager will be available in some countries after 2022, featuring a 16-inch display with AMD hardware and smart features, a 10-key Elgato command center and dedicated webcam and video input switching controls.

Finally, the new Smart Access Storage will take advantage of Microsoft Direct Storage to enable large game textures and 3D models to be loaded directly into the GPU’s memory from the NVMe SSD. 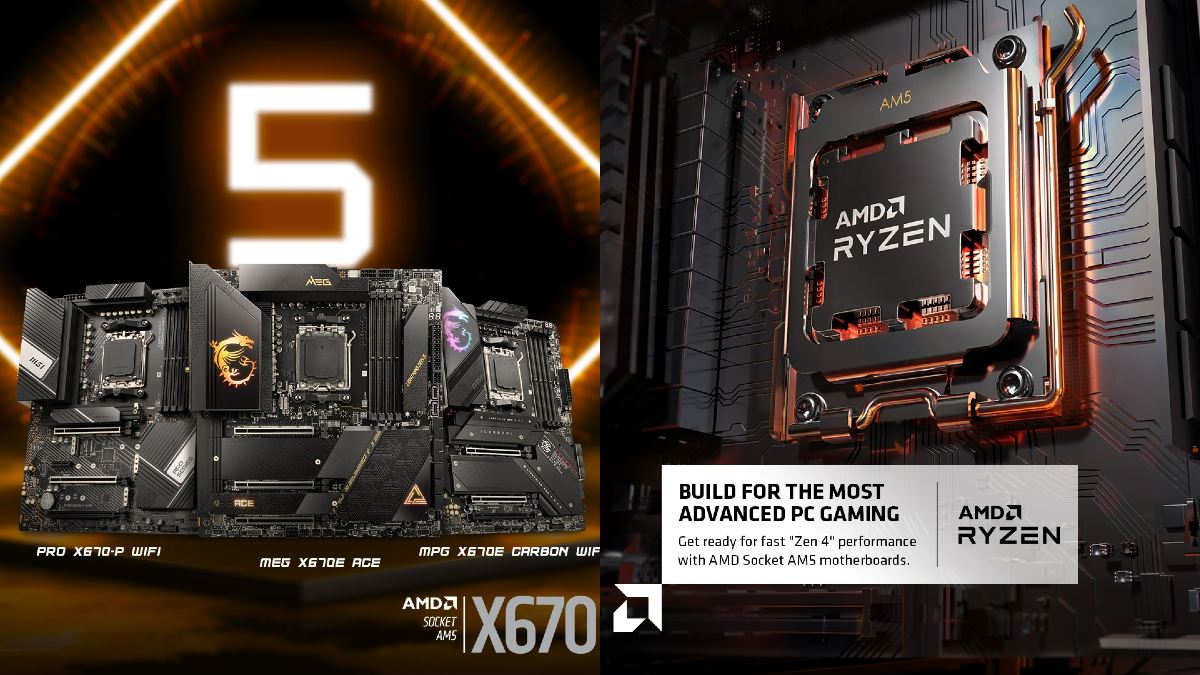 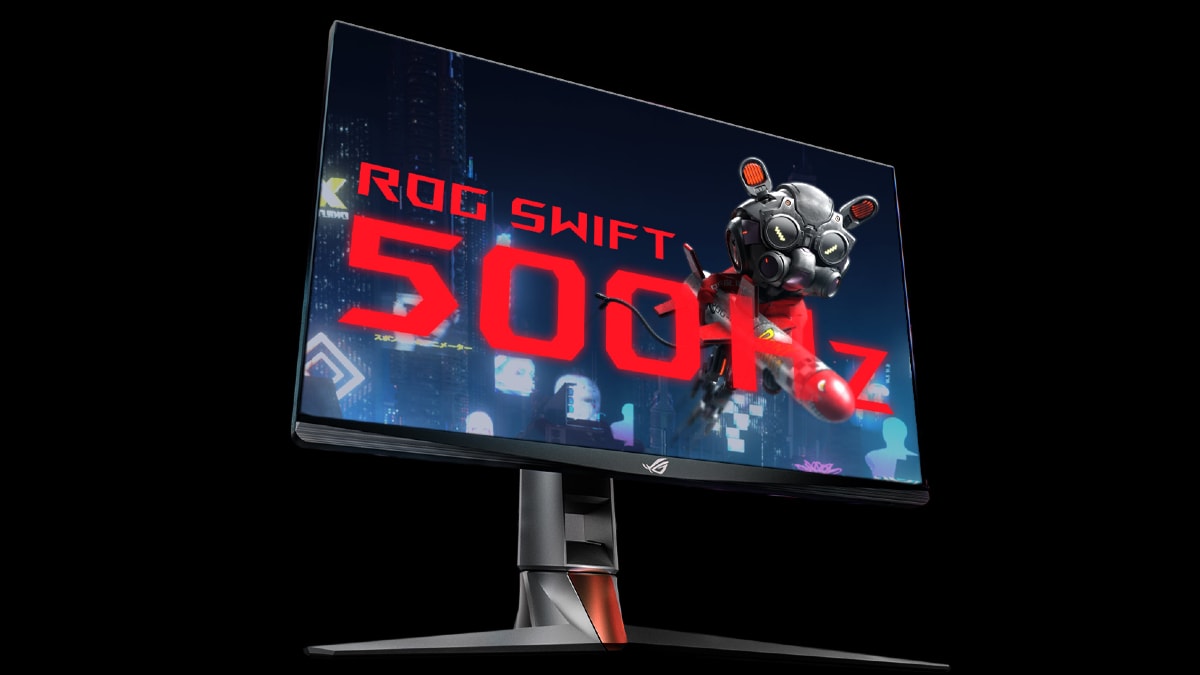 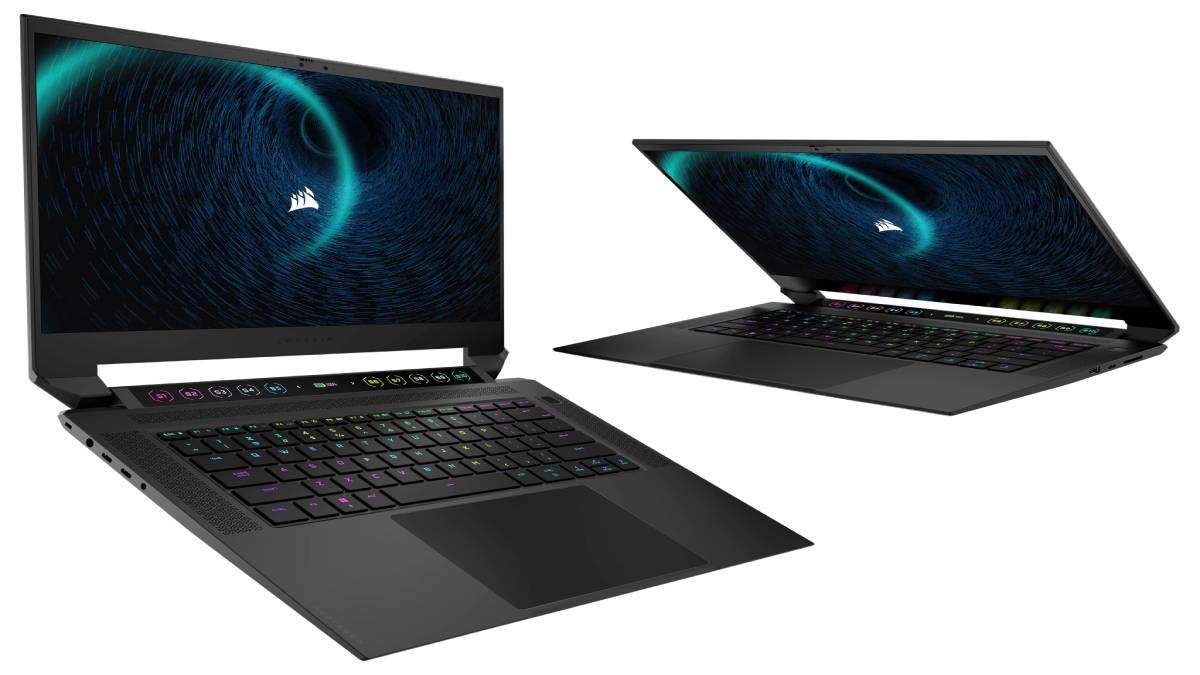 AT&T looks to borrow $14B for 5G spectrum – report

No toilet paper? No problem: Save an extra 10% on a Tushy bidet