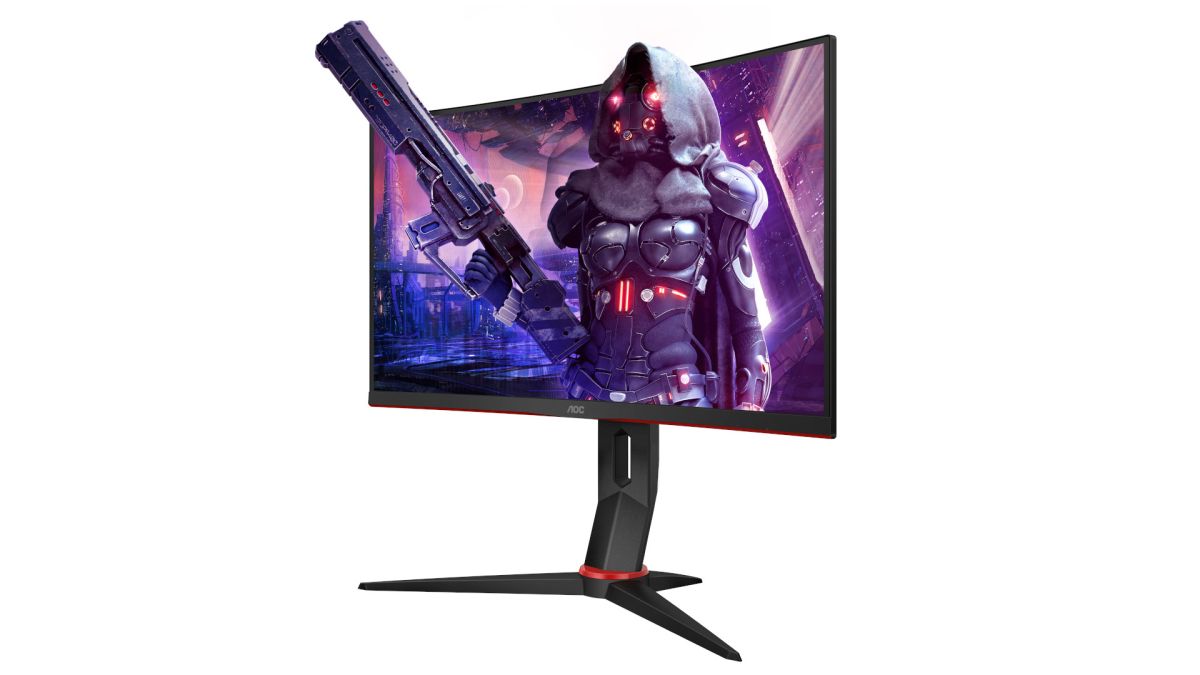 AOC has revealed four new gaming monitors which are all essentially different spins on the same panel in 24-inch and 27-inch versions.

All of these monitors use a VA panel with a Full HD resolution and refresh rate of 165Hz, boasting a 1ms response time (with motion blur reduction). Along with that refresh rate, you have AMD FreeSync Premium tech on board to prevent any stuttering or tearing, and some nicely slim bezels for a premium appearance.

These are also curved panels with a 1500R curvature, meaning a reasonably pronounced curve which is designed to give more immersion in games, particularly with the larger 27-inch versions of these monitors.

All models also benefit from a low blue light mode and flicker-free technology (as do most panels these days).

There are some differences, including that the 24-inch monitors have a 3000:1 native contrast ratio, with the 27-inch panels upping that to 4000:1.

Furthermore, the G2U variants come with a stand that allows the height to be adjusted, as well as for tilting, swiveling and pivoting, with the addition of a USB hub which has four ports.

The 2AE versions don’t have the USB hub or ability to adjust the stand for height, but they do benefit from a cheaper price tag. Speaking of pricing, when these monitors are launched in September in the UK, it’ll cost you £169 and £189 for the C24G2AE and C24G2U respectively, with the C27G2AE and C27G2U pitched at £229 and £249.

Operator wins and fails for 2020: Lowenstein