Home maintenance can be a vicious, never-ending cycle, and there’s plenty to keep you busy indoors — plumbing, electric, paint, flooring. Once you step outside, most people stop at mowing the lawn or weeding the flower beds, and if this is you, you’re likely missing a pivotal piece of keeping your home looking fresh. Pressure washers are a great tool for keeping the hard surfaces outside of your home looking great. Take one of these best pressure washer candidates for a spin on a never-before-cleaned driveway and you’ll never look back.

For a pressure washer to really do its job, it needs to lean on the “pressure” aspect, typically measured in pounds per square inch. For this roundup, I tested washers that measured between upper 2,000s to mid-3,000s psi, with one exception, a 4,200-psi unit that was priced low enough to test in this category.

The washers I tested are all gas-powered models. Most electric pressure washers will max out at about 2,000 psi. They’re usually listed as “light-duty washers” at your local home store, and they’re also the cheapest options — usually under $200. Although 2,000 psi seems high, especially considering most residential plumbing sits around 60 psi, it’s still relatively low for the pressure-washing game.

On the other end of the spectrum, pressure washers designed for professionals or power users normally start around 3,500 psi and have a higher flow rate than residential washers. I left those out as well, focusing instead on gas-powered models in the $250 to $600 price range. I update this list periodically.

All things considered, this guy ticked enough of the right boxes to come out on top. The assembly is easy enough out of the box, and the washer itself is heavier (no plastic frame pieces) and sits low to the ground, giving it a solid feel. Of all the units I tested, this one felt the most balanced to me as I moved it around. Enough of the others felt unbalanced or wobbly for this to be a determining factor.

It’s priced just below the overall average price of all units I tested, and that says something since its pressure output and engine size are among the top specs overall. The spray wand is nothing special, but tool storage is fine, and it ships with all five standard spray tips (not all of them do). There is also an attached detergent reservoir, which I think is great, even though I personally don’t often use detergent with my own pressure washer.

The performance of the Tacklife model was close enough to this DeWalt unit at half the cost that it won the best overall washer. But the DeWalt still won out in several key areas.

It may seem like a smaller detail, but the best spray wand goes to DeWalt. Since the vast majority of the time you’re interacting with a pressure washer is when you’re pointing that wand at an offending surface, I’d argue this point isn’t all that small. The spray wands themselves have a maximum psi threshold, and the DeWalt wand had the highest at 4,500. This wand is also the only one with a second hand grip on its barrel — a real forearm and wrist saver if you’re spending a lot of time behind the spray.

Like the Tacklife, the DeWalt avoids plastic panels for a much beefier presence. At 200cc you have the second largest engine of the group, but this unit does not have a detergent reservoir if that’s important to you.

The other feature that I loved about this was the high-pressure hose — it ships with a steel braided hose, which was an obvious upgrade to the plasticky rubber look and feel of every other hose I tested.

This Westinghouse model is cheap, and it has great specs and performance, but it’s also so devoid of overwhelmingly positive or negative features that it’s easy to overlook.

Here are the highlights: lowest price tag, largest engine, detergent reservoir and all five spray tips included. Everything else about this unit is entirely middle-of-the-road.

Here is a list of the other washers I’ve tested to date, in no particular order:

The evaluation started when I opened each box. A couple of the pressure washers were packed so well you’d think they were solid gold, and a couple of others, well, honestly I’m surprised there weren’t more broken pieces than I ended up with (which was really just a couple of small plastic covers).

I then had to assemble each washer. I like to assemble things, so that part of the process wasn’t so bad. There aren’t too many surprises when it comes to pressure washer builds. It’s either going to be an upright cart, or a low and wide (and usually heavier) type of model. Within those two main styles you also only have a couple of options as to how those are designed. All but one of them made good use of current efficiencies in the assembly process, such as spring-loaded pins or other geometrically snapping pieces. The outlier, from the lesser-known brand Teande, still relied on bolts and lock nuts for everything. It came with a screwdriver and wrenches, but I still spent as long assembling that one washer as I did all the others combined.

The next thing I looked for was how they handled the different pressure tips. A big contention point for me is when a manufacturer decides to offer less than the five standard tips. It’s often the yellow 15-degree tip that gets bumped, and for me, that’s the money tip. I have lots of concrete outside of my house and using anything other than a yellow tip would take me forever to finish. The yellow tip is probably the one I use the most overall, not just for concrete. Yes, I’m aware you can buy one for a few bucks — but they probably only cost a few cents to make. Gimme already!

I was excited when I reached this point with the Ryobi and its five-in-one nozzle design. Imagine: all five tips always available. My excitement faded when I realized that Ryobi, like so many others, had neglected the 15-degree tip and in its place had a second soap and detergent nozzle. Plus one bonus point for a five-in-one. It lost one point for no 15-degree option. It lost 10 points for getting my hopes up.

Speaking of soap and detergents, they’ve gotta go somewhere, and the best place is an onboard reservoir. I don’t often use detergents with my pressure washer. When I do, and when I need to move, it’s annoying to deal with the hose, the wand, the bucket of detergent and the pressure washer itself. With an onboard reservoir, you can just move the pressure washer while still holding the wand, letting the hose drag behind you. I love the simple efficiency of it. The Teande was on my bad side after the assembly process, but I did like that it tried including two detergent reservoirs, each separately controlled.

Having two separate reservoirs allows you to load two different types of detergent simultaneously. This is handy if you have varied hard surfaces you’re trying to clean, and need to switch back and forth. Otherwise, with a single reservoir, you’d be forced to deplete the first detergent entirely before loading the second.

The rest is really just an inventory game. All the models have hoses and spray wands. As previously mentioned, only the DeWalt stood out in those categories. They all have wheels, varying engine sizes, extra parts, oil and so on. The Craftsman did have one unique feature that I liked: a rope guide for the engine pull cord that moved the resting spot for the pull handle up above the engine on the frame closer to you, if you were standing behind it. After so many hours of dealing with pressure washers, I was happy not to have to bend over quite as far to start this one.

With each washer, I used a variety of tips for each activity. I started out with a section of concrete driveway. The green tips were often too light to get the surface as clean as it could be. The red tips, although effective, only clean a small area at a time. Enter the yellow tip, which provides a great balance of focused pressure and spray width. Even though there’s only a difference of a few hundred psi between most of these washers, there were occasionally noticeable differences between them when I used the same tip. My best guess is there’s a difference in the manufacturing of the tips themselves. The most consistent tip is the 0-degree red tip. With so little room for variance, the red tip felt the most consistent between units overall. Every washer was able to appropriately clean the concrete, but it was most difficult for the ones that left out a 15-degree tip (so you then had to rely on the red tip).

After the driveway test, I ran each washer through a gauntlet: where the large concrete slabs meet each other to form my driveway, I’ve let the happy little weeds grow in anticipation of this day. But no weed was a match for any pressure washer with a red tip.

Then I had a couple of wood options to try out. The first was a hardwood-based plywood. The second was a section of 1×12 construction-grade lumber (mostly pine around these parts, I believe). One thing I can tell you: Never use a red tip on wood. The jet spray rips though it like a tiny tornado. Once I backed down to the yellow tip, it was interesting to see how the water could bring back a fresh-cut appearance. Even the yellow tip will begin to skin these boards if you hold it in place for longer than a second or two. Most any other tip is appropriate for wood applications.

The bigger surprise for me came with vinyl siding. I staged a small wall with some basic (read: cheap) vinyl siding. I was excited for the carnage to come, but it never did. I tried to damage that siding — 4,200 psi with a red tip at point-blank, the best I had — but there wasn’t a scratch. Pressure washers are wonderful options for cleaning vinyl siding. So much faster and more efficient than any manual method. I’d always worried about accidentally chewing through the siding if I got too close or chose the wrong tip, but my concern was misplaced. I still wouldn’t recommend going after your siding with a red tip, but most anything else should be fine if you follow the manufacturer’s guidelines.

If you’re planning on using a pressure washer regularly, here are a few tips. Know what your target uses will be. Plan your purchase around those. For me, that includes looking at aftermarket tips. There are a lot of options out there to make your life easier. Detergents can help. If in doubt, start with the white 40-degree tip and work your way up. Wear protective gear. Consider other upgrades if you’ll be spending lots of time behind the spray, such as a new wand or hose. Also, if you’re totally new to the game, check out my beginner’s guide to pressure washing. 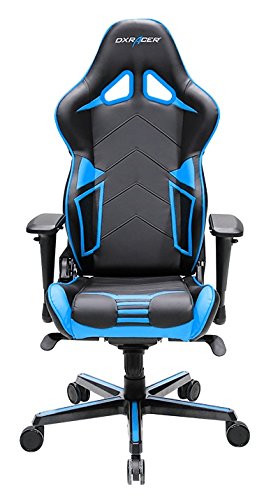 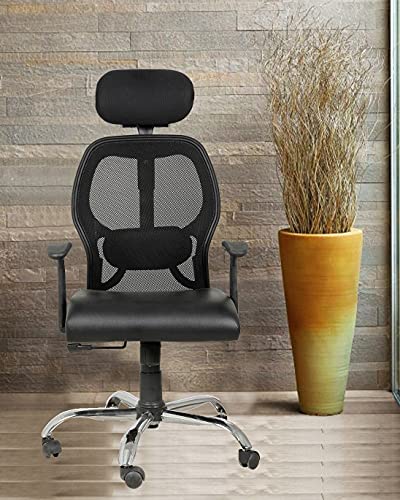