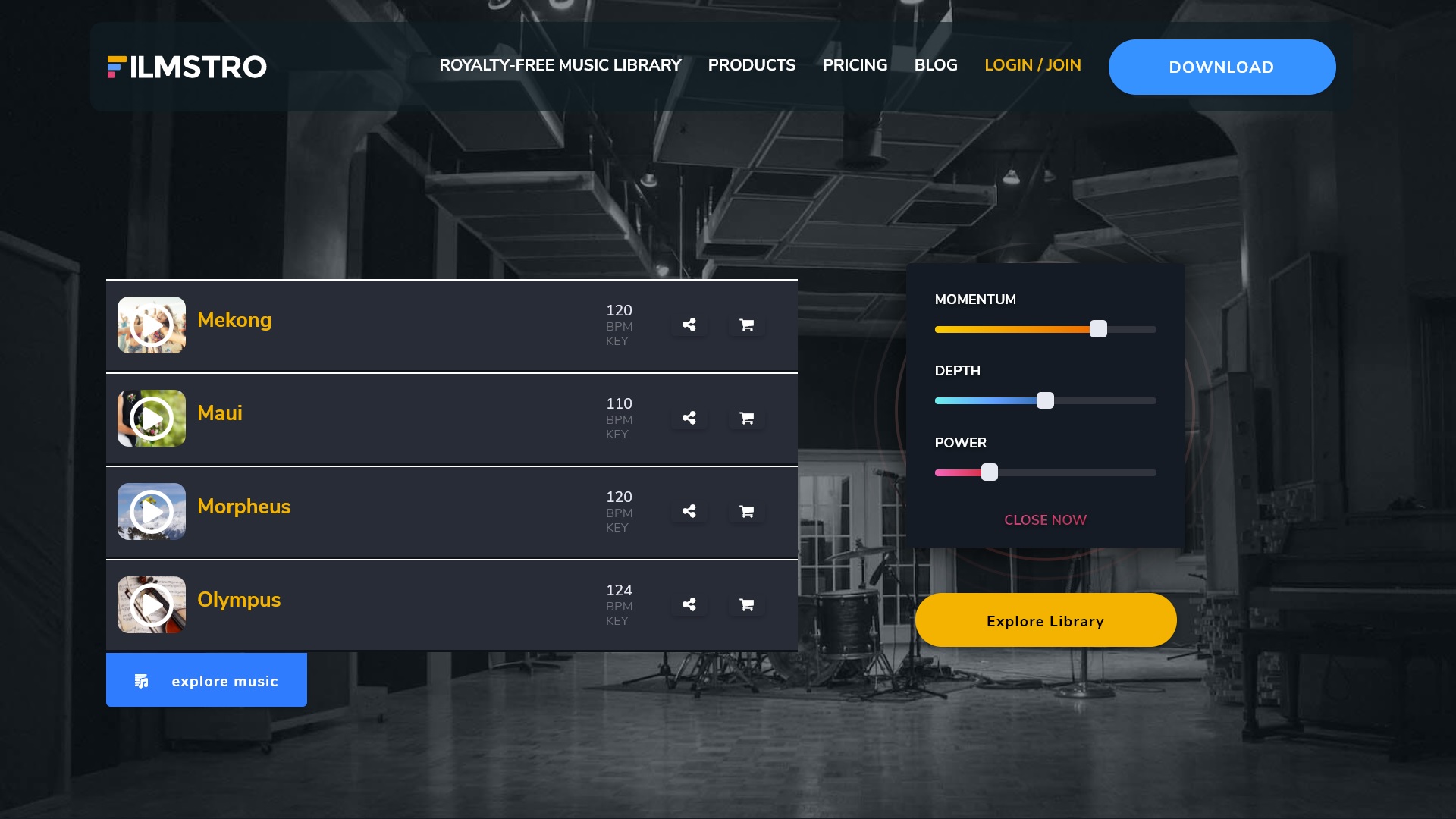 Filmstro is a subscription based and royalty-free music library with a twist. It allows an adaptive creation of music by taking full control of how the track should be composed. Recently, Filmstro added three new updates to its app. Let’s take a closer look.

Originally launched in 2015, Filmstro offers a unique way of adding music to videos. Users can take advantage of three sliders based on the mood of the video and Filmstro finds music tracks to fit. Let’s take a look at what’s new.

The Filmstro team introduced three new updates recently. Firstly, they released a major update to the music library. There are new music pages and improved search functionality on the Filmstro site. This also gives users the ability to filter by the slider positions. More on the first update in the following Youtube video from Filmstro.

The second update is the addition of the Integrated Musical Endings feature in the Filmstro app. Previously, there was a workaround of supplying the ‘ending’ version of each track, but the problem was that each track was then limited to a specific length.

The new feature allows users to toggle a track to play the ending or let it play on indefinitely and fade it out using the Soundtrack volume. Additionally, users can decide after how long they want to ‘trigger’ the ending and make small adjustments with the Sync Beat Marker modification or left and right trim. Filmstro made a Youtube video with a walkthrough of this new function.

The third update is the addition of the embeddable web-player widget that allows users to “play” a Filmstro track on any webpage. That means anybody can play a track from the Filmstro library on other websites and use the sliders to get an idea of the format.

Filmstro is available as a subscription-based service. They basically have three plans available – YouTuber, Pro, and Pro Plus. The most affordable plan starts at $99 per year (paid annually). All plans can also be paid monthly (and canceled at any time).

Do you have experience working with Filmstro? What do you think about the new updates? Let us know in the comments section underneath the article.

Our most anticipated games of 2021