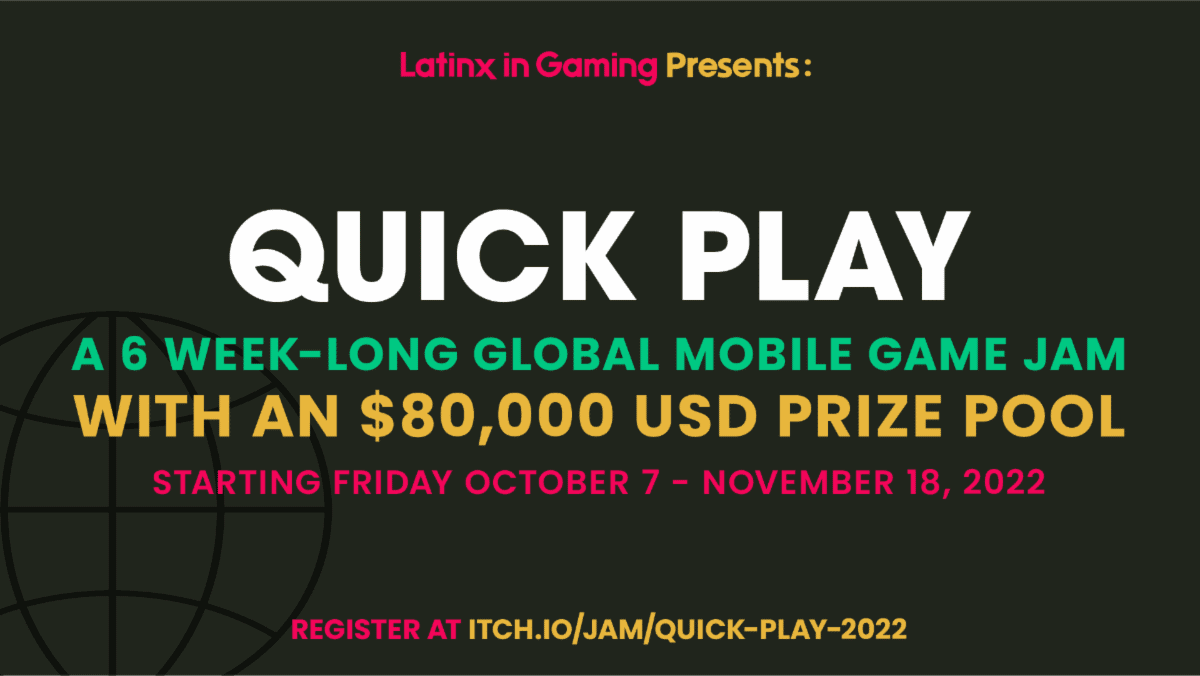 Through itch.io, contestants have just over a month to create a mobile game together and have the opportunity to be funded from an $80,000 pool that will serve as a mini incubator fund for the winning games, which will then be fully developed and released. Google Play Store.

Join us on October 7th via Zoom for the Latinx in Gaming Online opening event, where a guest speaker from the Latin mobile game development community will speak and the Game Jam theme will be announced. Quick Play winners will be announced during a closing event on December 9th on the official Latinx Gaming Twitch channel.

There are no eligibility requirements to participate in Quick Play. Latinx in Gaming encourages mobile game developers of all backgrounds to showcase their skills. During the closing ceremony, four winning teams will be announced, each receiving $20,000 from the $80,000 incubator fund and future placement on the Google Play Store.

The Official PlayStation Podcast Episode 374: Music To Our Ears

Xbox in Giappone, 20 different numbers for Microsoft: i numeri

Backbone One PlayStation Edition: The Official Sony Gamepad for iPhone

Deleted messages on WhatsApp? No problem, (finally) there is a solution