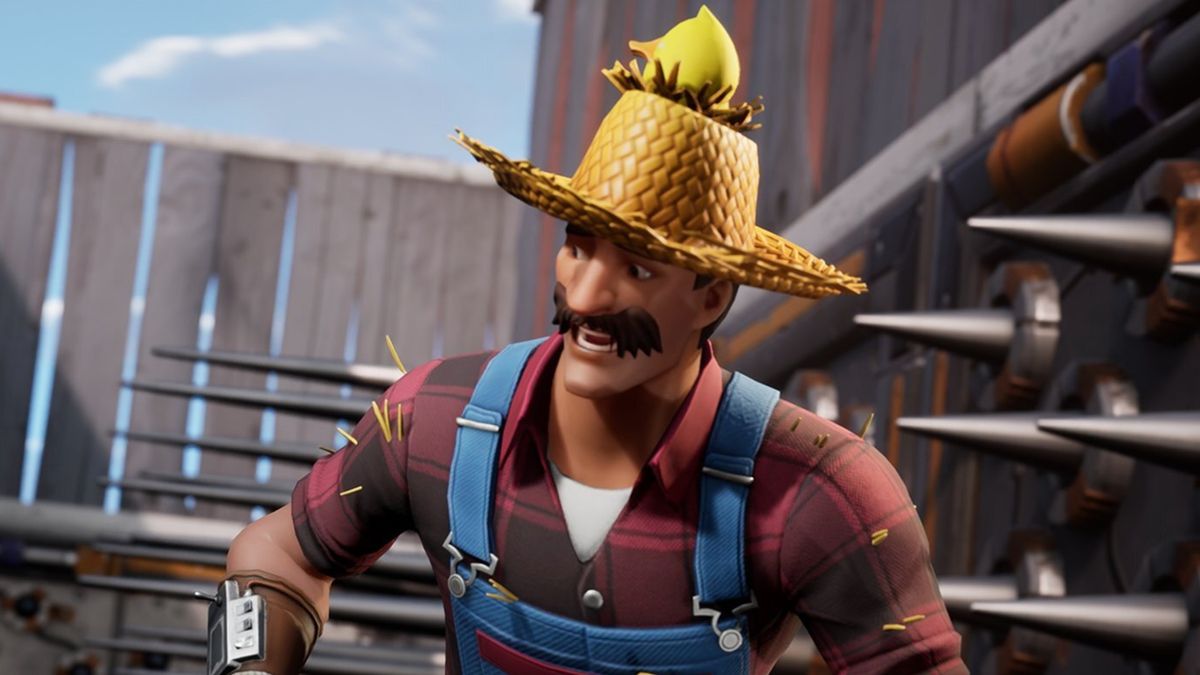 The best Fortnite deathruns are all about brutal challenge, perfectly honed skill, and more than a little luck. OK, maybe a lot of luck, and even more death. Whether its Cizzors’ infamous deathrun series or a holiday-themed map created by community members, there’s a reason this Fortnite Creative mode is so popular—and keyboard—smashingly infuriating.

But you’ll need to know which creative codes to enter, and we’ve done all the hard work of finding the absolutely best Fortnite deathruns and their codes for you. Give these deathruns a try and see if you can survive.

You and a partner need to throw a flag back and forth to solve each level of this co-op deathrun, making for some uniquely challenging segments that force you to think with two sets of hands. Obviously doesn’t work with just one player.

This deathrun throws you into the sunny deserts of the American south, where far more than the cacti will kill you. Collect each coin as you progress through the levels, some of which get impressively varied segments, like a bit of molten gold threatening to ruin your run.

Who can forget the absolute insanity of Sasuke AKA the original Japanese Ninja Warrior? I spent countless hours watching reruns on G4TV back in the day, and it still ranks as a greater spectacle than that abominable American version. Anyway, someone recreated many of the classic courses in Fortnite, plus or minus a few physics that would be impossible to recreate. There’s even an audience stand for other players to scream from when somebody falls into the pond water below.

OK, here’s a deathrun that does actually reinvent the wheel…or, your face. Because it’s first-person and that’s where your eyes are. This deathrun actually divides up its levels into different categories. So if you’re a fan of sliding levels, momentum jumps, or dodging traps, you can probably find it here and skip all the stuff you hate. Changing things to first-person (which is really just a camera bug trick that players discovered a while back) does make some of these levels genuinely challenging in an inventive way. It’s a much different challenge to jump across narrow platforms when you can’t quite see your own feet.

Who doesn’t love a good rainbow? This bright deathrun doesn’t reinvent the wheel, but it sure does splash it in an endless smorgasbord of colors that help keep you from wanting to destroy your keyboard.

Every seven levels, you’ll swap out to a new biome, ranging from windswept snow to murky swamps, all the way to outer space.

A genuine brain-bender of a deathrun, but not so difficult that the average player couldn’t eventually get through it. Creator Absurdite plays with a lot of weird perspective tricks and a few choice teleporters to create the illusion that you’re navigating an M.C. Escher-ish world of black and white blocks.

Spend the last few sunny weeks of Summer dying endlessly in this bright and water-filled deathrun that’s perfect for some team play. I particularly dig that most sections of this deathrun give you at least a hint to finish them, rather than leave you banging your head.

Any deathrun that decides to add a bit of story to its murderous stumbles is A-OK in my book. This deathrun from hazza_5238 features a giant teddy bear spaceship captain commanding you to travel through time and find a desperately needed vaccine. To do that, you’ll need to traipse through multiple time periods, hopping on dinosaurs. Dinosaurs! Not dumb box labyrinths, but good old fashion T-rexes.

The “Wacky Ways to Die in Fortnite” series (oh god, it’s a series now) is a fun riff on the whole concept of a deathrun. Instead of trying to survive perilous puzzles, you’re supposed to figure out each level’s unique puzzle to get yourself good and dead. This 15-level run is relatively short but appropriately humorous and challenging, throwing lighthouse climbs, dinosaur hunting, and secret teddy bears at you.

The 80s refuse to die, but if it continues to look like this, I don’t really mind. This deathrun blends that purple-yellow aesthetic of retrowave art with a sensible deathrun full of the usual spike traps and more. Even better, there’s some actual retrowave music pulsing throughout the level (which is also reflected in the EQ bars fluctuating on various walls), which you can turn off if it isn’t your thing.

If you prefer your deathruns to at least give you a fighting chance before destroying your soul, this deathrun proves to be a perfectly balanced progression. You’ll start with some super simple jumping puzzles before moving onto weirder spike trap timing sections and beyond.

I love any deathrun that pits two friends against one another, and this dual-themed version really works in that regard. One player runs along the blue colored course while the other player runs along the fiery red side, and both of you can see each other, helping push along that competitive spirit. Like any well-designed deathrun, it starts out simple enough that both players should be able to feel like they’re making good progress, before the difficulty ramps up and you’re both threatening to murder each other over the slightest hiccup.

Is a Deadpool-themed deathrun just called a Deadrun? Or Deathpool? Anyway, it’s a nice deathrun with plenty of Deadpool branding to go along with your new skin. Even better, some of the challenges in here require (or at least encourage) you to use your new Deadpool scootin’ traversal emote. It’s a fun little twist on the usual challenge of a deathrun, but it does suck if you don’t have the coin for a new emote.

The undisputed king of deathruns is back with his fourth maniacal creation. It’s got all the trappings you’d hope for. Spiky traps, ice traps, laser traps, basically a lot of traps for you to get tripped up on. If you manage to survive it all, apparently Cizzorz has a prize pool going on. Nothing like a financial reward for losing your sanity.

Deathruns could easily become old hat in Fortnite, but when a team like HQBuilders throws their all into a map, it really shows. You’re trying to find Jonesy’s secret treasure, which he’s hidden behind your usual assortment of deathrun obstacles. What I love about this map is how heavily and consistently it leans into the pirate aesthetic. Boats provide solace from shark-infested waters, building interiors feel appropriately drab and wooden, and you’ll even fight against a ship full of zombies.

Season 8’s jungle theme is put to great use in this build by Jesgran. You’re placed into a treacherous jungle temple and it’s your job to navigate through traps and death-defying jumps to find the treasure.

The nigh-impossible challenge map is back in its third variation, as the sadist known as Cizzors has mastered the map-making tools to once again test your sanity.

A tricky parkour challenge with a simulated storm to keep you moving. If you’re looking to put some pressure behind your platforming, Storm Runners is for you.

Fortnite Season 2’s Shadow vs. Ghost secret agent dynamic is perfect for matchups, and this deathrun will pit two players against one another. One Shadow player is trying to survive each death trap that’s supposed to be triggered by the Ghost player on the opposite side of the map. It’s a little tricky to get a hang of at first, but a good time if you prefer suffering together.