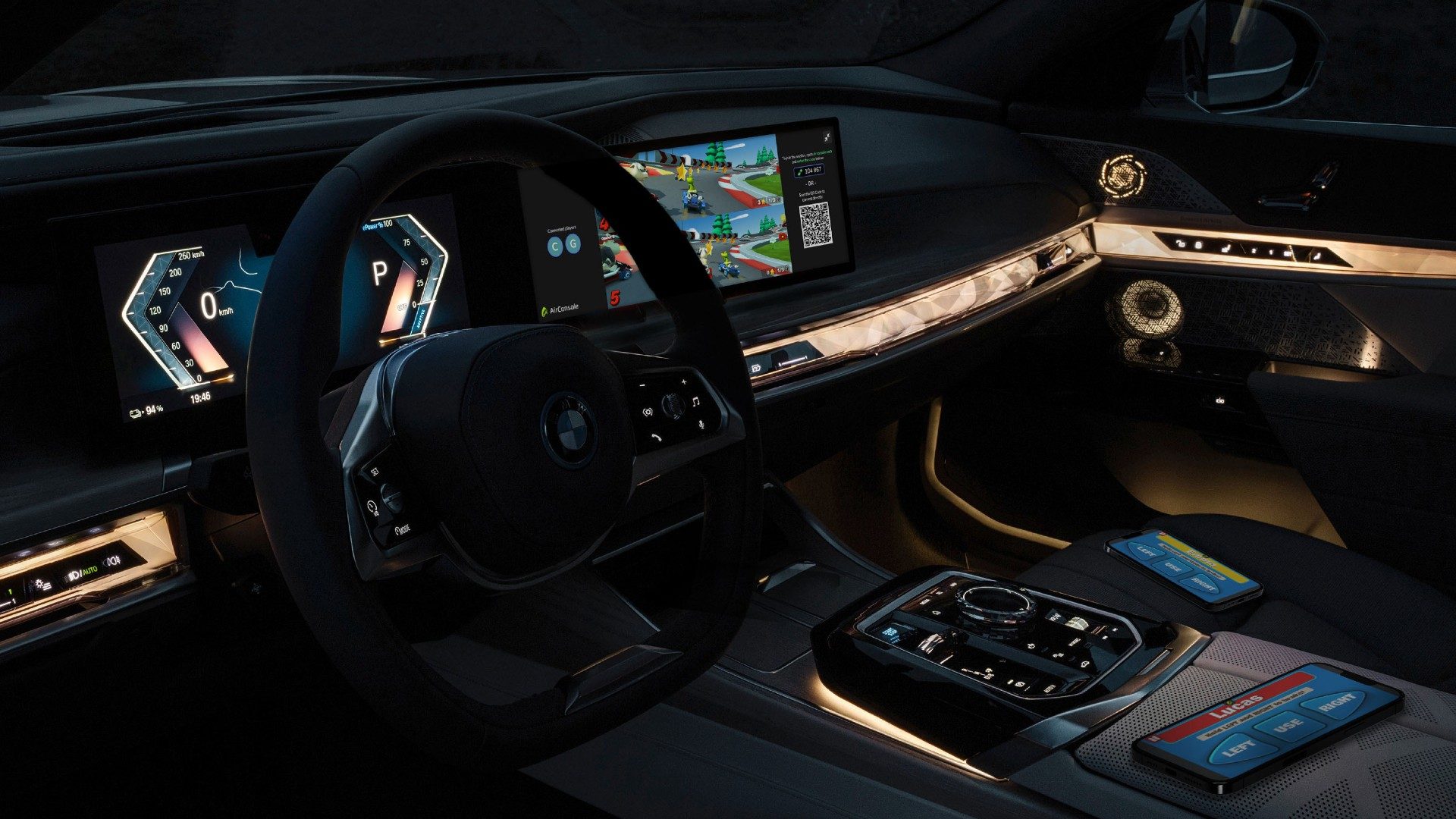 BMW is teaming up with N-Dream, the developer of the AirConsole cloud platform. From 2023, cars will offer “casual games”, controlled by smartphones.

While Tesla users have been able to play games like The Witcher 3 and Cyberpunk 2077 on their infotainment system screens for several years, it is said that ab 2023 Games can also run on the car screen in BMW. We’re clearly talking about “casual gaming”, so it’s not possible to say at this point whether BMW owners will also be able to play more demanding games like the two AAA titles mentioned. Airconsole should be the first From the new BMW i7 Run on the curved display, which will go on sale from November 2022 and will receive a hardware update.

can be played Only when the vehicle is stationaryAccording to BMW, waiting times should be bridged, such as at charging stations. Both single and multiplayer games will be offered and the cloud-based AirConsole requires an internet connection to run. Scanning a QR code will do that Smartphone connected to car and acts as a controller for games.

Airconsole Specializes in mobile games with over 180 games developed specifically for gaming platforms. Games are all for them Control with smartphone as gamepad and designed to be played on a smart TV or in-car entertainment system. Select titles from Nintendo Switch, Xbox and Steam can also be played through the AirConsole.

Elden Ring will feature a Kickstarter-funded board game

Samsung has raised the bar for Android updates