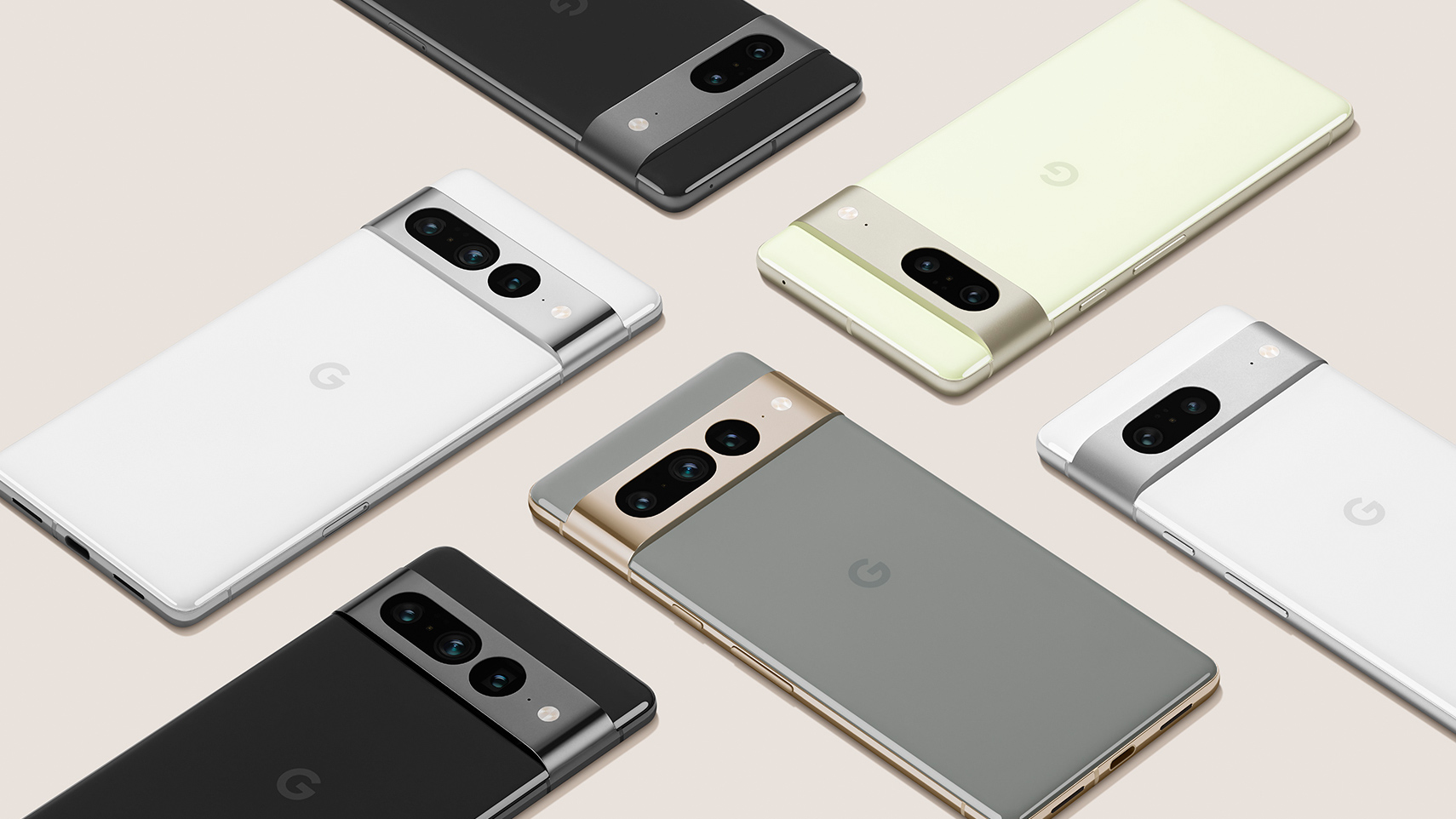 Images and first leaks reveal for the Pixel 7 and Pixel 7 Pro: It doesn’t look like much has changed from its predecessor, at least visually. On the technical side, however, improvements can be expected, as both devices should use the next generation of Tensor chips.

The latest search is less about the direct features of the Pixel 7 and more about compatibility with new accessories. In the source code of the software, a reference Hall-sensor Or hall effect sensors have been detected. This serves Magnetic field detection, as in the magnetic field. In practice, such a sensor should ensure that the screen is properly turned on or off when such a cover is opened or closed. Pixel devices have long lacked a Hall sensor due to the lack of a suitable case. So the discovery could mean there’s one more for the Pixel 7 Magnetic case must give.

And again there is news about the display of Pixel 7 Pro. While previous leaks have shown that the dimensions and resolution of the Pixel displays have changed slightly compared to previous models, the latest findings now show that not everything remains the same. That’s how it should be The brightness of the display is significantly higher Fail, at least with the Pixel 7 Pro. Brightness is said to reach 600 nits versus 500 nits in normal mode on the Pixel 6 Pro. In high-brightness mode, the Pixel 7 Pro should Up to 1000 nits to come, while the predecessor achieved only 800 nits here. Mishal Rahman, former editor-in-chief of XDA-Developers, discovered these standards.

After some details about the display of the upcoming Pixel smartphone, now there is new information about the second generation of Tensor SoC. as 9to5google based on DDaily.co.kr According to the report, Google again has a chip produced by Samsung, but by one 5 nm in a 4 nm fabrication The Switch is slated to go into production later this month, so Google could launch the Pixel 7 (Pro) in the fall. A special PLP technology (“panel level package”) will be used here:

“PLP is a packaging technique where chips cut from a wafer are placed on a rectangular panel. Abandoned edges can be reduced, thereby reducing costs and improving productivity.“

There is currently no specific information on the chip’s layout or performance and efficiency enhancements. Although the first smartphone prototypes are already in circulation, we will probably see what Google has in store for the official presentation.

as 9to5google Reports suggest that Google is using the same display as the Pixel 6 series – albeit with subtle adjustments. About the codename for Pixel 7 (Cheetah) And Pixel 7 Pro (Panther) New display drivers are available which reveal some specs. Accordingly, its display The Google Pixel 7 still has 2,400 x 1,080 pixels Resolve and work up to 90 Hz. On the other hand, the Pro model gets 3,120 x 1,440 pixels with a frame rate of 120 Hz. And not only are the specifications the same, the two Samsung displays also have the same model number.

At first glance, this sounds a little disappointing, because we would too Hoping for some upgrades – such as 90 Hz to 120 Hz on the Pixel 7 or the more modern LTPO 2.0 panel on the Pixel 7 Pro. But Google seems to want to save some costs here so that both smartphones don’t cost too much. To save power, Google seems to have one too Native 1080p mode for Pixel 7 Pro To do the work. The smartphone will render content at 1,080p resolution and through the display Upscale to 1440p to give

While such early leaks from Pixel smartphones have often been accurate in the past, these could just be the first experimental devices or prototypes. Google could definitely introduce the Pixel 7 (Pro) with a different display. So enjoy this leak with caution.

Surprisingly, Google released its own teaser for the upcoming Pixel 7 (Pro) in the first keynote at today’s I/O developer conference. The design will actually be based on the current Pixel 6 (Pro), although there is one Subtle changes: Camera does not receive tape Continuous coverage Made of glass, but will made of metal Existing Google will build the entire housing from recycled aluminum for this purpose.

Rick Osterloh, Google’s SVP Devices and Services announced, the upcoming Pro model should be one New standards for photography Also, both the Google Pixel 7 smartphones come with the same The next generation of in-house Tensor SoCs. A launch is planned for the fall, but there is currently no exact date.

Pixel generation information overlap: The Pixel 6a, the latest installment in Google’s budget smartphone range, will be released in spring 2022, possibly in May. As Google prepares to wrap up the sixth generation of Pixels, the first information about their successors is already coming out.

Work on this was announced last year The second generation of Tensor SoC is developed in collaboration with Samsung had already begun. Dubbed the GS201, this chip will reportedly be used in the Pixel 7, so Google will Again what without the Qualcomm chip. Other information on the next Pixel generation is up-to-date CAD data leak indicates.

Since the images are supposed to be based on concept art, the final product shouldn’t differ too much from the rendered images. At first glance, off The relationship with the Pixel 6 (Pro) cannot be ignoredInteresting one Camera hump The current generation is kept. Along with the image, the display size and the first details of the camera were also leaked.

The same goes for the flagship model: that too Pixel 7 Pro It does not seem to exceed the level of its direct predecessor. The SmartPrix offers approximate dimensions of 163 × 76.6 × 8.7 mm and a display size of 6.7 to 6.8 inches – the same as the Pixel 6 Pro.

The Pixel 7 Pro’s camera module is again equipped with three cameras, and there is also a punch-hole front camera. However, no conclusions can be drawn about the camera specifications of both the models based on the render images. According to previous information and rumors, the Pixel 7 series should be October 2022 has been unveiled, so there’s still plenty of time for more leaks before then.