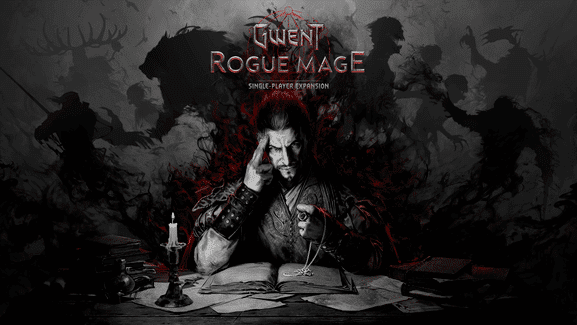 Formerly known as Project Golden Necker: Disease Mag, GWENT was set hundreds of years before Gerald and other magicians roamed the continent, when a combination of spheres brought endless lines of monsters to the world. Humanity needed a chance to resist their attacks in order to survive. Follow in the footsteps of the young and ambitious magician Alzur and his companion Lily when they embark on a dangerous journey to create a living weapon that will eliminate the monster threat once and for all.

Rogue Mage’s gameplay combines the best elements of roguelike, deck building and strategy games with the unique mechanics of GWENT card combat. As Alzur himself, players have to navigate a dangerous land to reach the legendary monsters and collect valuable mutations for their testing. The challenges they face along the way require powerful spellings and efficient use of battle resources, represented by a huge arsenal of hundreds of cards. These can be further upgraded to be more powerful and they can be combined into combos for destructive results. Throughout the adventure, players will have the opportunity to collect legendary treasures, unlock achievements, climb online leaderboards, and adjust game difficulties with dozens of modifiers.

Due to its large scope and single-player nature, Rogue Mage will be released separately from GWENT: The Witcher Card Game. An Internet connection and GWENT’s multiplayer client is not required to play – the extension can be turned on in full offline mode at any time. Players can also use cross-save, which allows them to transfer their progress across all supported platforms while logging in to a GOG account.

GWENT: Rogue Mage is now available for PC (GOG and Steam) and mobile devices (iOS and Android). Players have the option to choose between two versions, including a deluxe version that includes the official Rogue Mage soundtrack, three alternative appearances for Alzur, and digital goodies for use in GWENT: The Witcher Card Game.