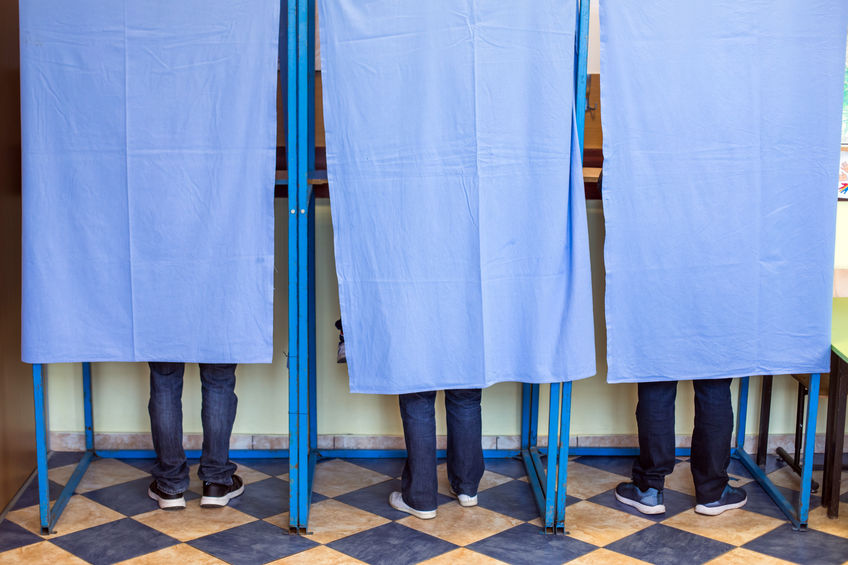 Could smartphone usage data reveal voter insights that political polling might not catch? It’s possible, according to GWS.

GWS considered Arizona, Florida, Georgia, Michigan, North Carolina, Ohio, Pennsylvania, South Carolina and Wisconsin to be “swing states,” and it based its “left-leaning vs. right-leaning” split on media outlets on Ad Fontes Media’s characterization; GWS also focused on larger news outlets versus smaller ones. It should be noted that not all of those states swung blue in the last election; former President Trump won Ohio, North Carolina, South Carolina and Florida, or four out of the nine.

“Traditional polling measures for the Presidential elections have become more challenging. Whether it’s the fear of revealing their political interests or perhaps concerns over identity theft or some other reason, the public seems less inclined to provide their personal views to pollsters,” said Dr. Paul Carter, GWS founder and CEO, in a statement. “GWS’s anonymized opt-in panel provides critical insights into smartphone engagement – what apps are being used, for how long and by which demographic. Considering how much news is now consumed via their smartphones, actual usage data collected and analyzed by GWS could provide key insights to help improve election forecasting accuracy.”

GWS’ analysis is based on data comes from its OneMeasure Consumer Panel, which is an opt-in consumer panel service that evaluates mobile app usage and content, mobile network performance, and consumer perceptions. The panel’s sample size ranges from 75,000 to 100,000 consumers, primarily in the top 41 metropolitan areas of the U.S., along with some consumers in less populated areas. The panel is calibrated to reflect U.S. demographics of the 18+ population. Users’ consumption of news was based on mobile news apps, news websites, and Youtube news sites.

-In Georgia, which went narrowly for President Joe Biden and then plunged into a contentious run-off election for its Senate seats that ultimately went to Democrats, smartphone users spent more than double the amount of time engaged with left-leaning national broadcast news outlets than right-leaning ones, GWS found. “Despite the claims of fraudulent elections and former President Trump holding campaign rallies in Georgia following the November election, Georgia smartphone users remained more engaged with left-leaning news sources in the lead up to the runoff election,” the company noted.

-After the November 6 election, right-leaning platforms saw huge uptake in use, and users turned toward even more hardline content sources. Consumption of news via right-leaning app Parler increased from 11% of all major right-learning mobile news sources (including Fox News, NY Post, Newsmax, Epoch Times, Breitbart, etc.) before the election, to 43% of news consumed after the election. That spike “made Parler the most consumed source of right-leaning news for that time period, surpassing Fox News, which fell from 74% to 32%,” GWS said. Newsmax also saw a large jump, with its volume of news consumed increased 73x compared to pre-election share.

“Mobile phones are part of everyone’s lives; they’re with you most of the time. As a result, how individuals interact with their phone tells us a lot,” Carter said.

Confident enough to repair your Steam Deck? Replacement parts go on sale this...