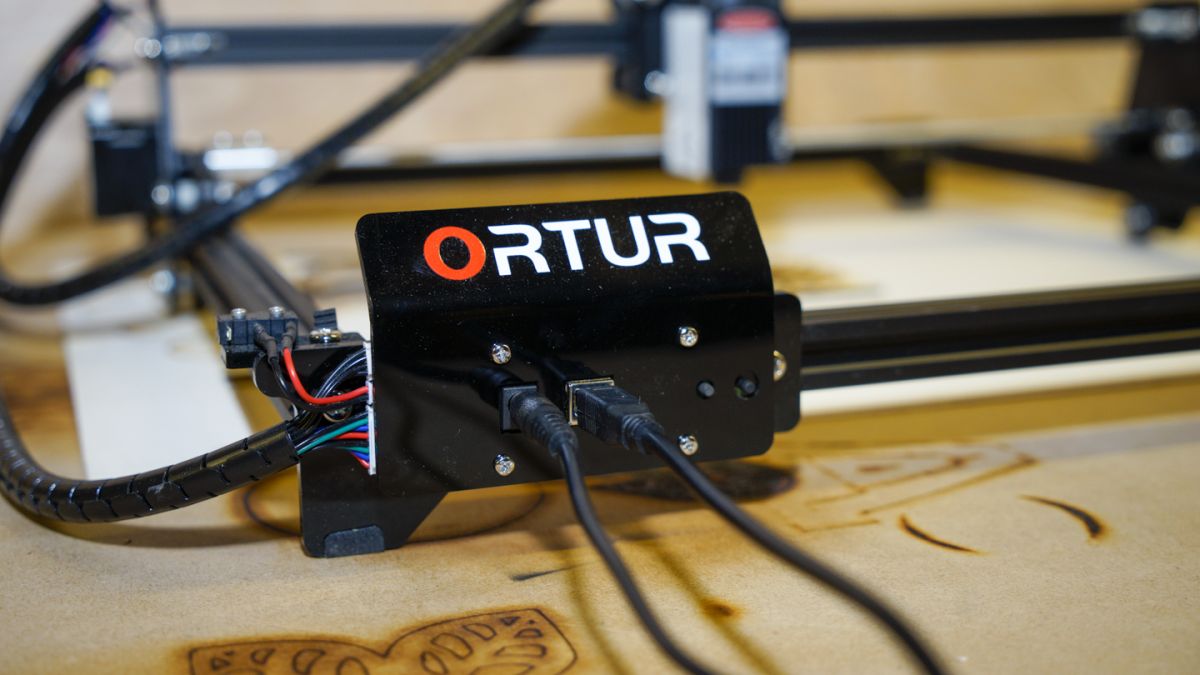 Ortur Laser Master 20W engraver – $268.99 at Gearbest
(£212.51/AU$381.97)
This laser engraving kit from Ortur delivers exceptional performance at a knocked down price. The additional power provided by the 20w model also opens up a world of possibilities for crafters and hobbyists.View Deal

Featuring a 20W tool head, this upgraded version of the popular Ortur Laser Master increases the working area to a huge 400 x 430mm while keeping the overall cost low.

The 20W version is the highest-rated of the range, which also includes 7W and 15W models. The 7W is ideal for those looking for a simple laser engraver, the 15W will engrave and cut thinner materials and the 20W enables faster engraving and cutting speeds with greater material compatibility.

The STM32 MCU controls the new model and enables S0-S1000 of laser power, speeds of up to 3000mm/min and also includes a host of safety features.

Increased speed and power isn’t the only advantage of the 32bit motherboard – it also delivers far greater accuracy compared with a standard 8-bit board. With 12.5um high precision accuracy for the X-axis, 300 pixels per inch and 0.81um pixel precision, the Laser Master 2 is far superior to standard 8-bit machines.

The updated 20W model is also compatible with a large range of materials, including cardboard, wood, plastic and more.

The laser cutter requires some assembly and takes between 10-20 minutes to get up and running. The metal construction is simple and effective, and the build is straightforward enough for even a novice to perform.

Once constructed, the laser cutter can be plugged into a Windows, Mac or Linux-based machine and uses LaserGRBL or LightBurn (depending on the OS) to handle the files and translate them into cutting or engraving paths.

The Ortur Laser Master 2 is one of the cheapest laser engraving machines on the market and offers great value with the powerful 20w tool head and 32-bit motherboard.