After a few short years, Huawei has become a household smartphone brand. There’s a decent chance you’re reading this on one of its phones, seeing as the company is the world’s largest phone manufacturer at the time of writing. If you’re using a Huawei phone, you might also be running all your apps on a Kirin system-on-a-chip (SoC) developed by HiSilicon, the Huawei-owned fabless semiconductor company based out of Shenzhen, China. Although that looks set to change in 2021 and beyond, which we’ll get into a little later.

What is an SoC? Here’s everything you need to know about smartphone chipsets

Just like major rivals Apple and Samsung, Huawei designs its own processors. Doing so gives the company more control over how hardware and software interact with each other, resulting in products that punch above their weight, specification wise. In that sense, HiSilicon has become an indispensable part of Huawei’s mobile success. The range of HiSilicon processors has expanded over the years, covering not just flagship products, but the mid-range too.

Here’s everything you’ll ever want to know about HiSilicon, Huawei’s chip designing company.

A quick history of HiSilicon

Huawei is a veteran in the telecommunications business. The company was founded in 1987 by former People’s Liberation Army engineer Ren Zhengfei. This fact has weighed heavily on the U.S. government’s attitude towards the company — historically and even more recently with 2020’s trade embargo controversy.

Huawei established its handset division in 2003, and shipped its first phone, the C300, in 2004. In 2009, the Huawei U8820, known as the T-Mobile Pulse, was the company’s first Android phone. By 2012 Huawei launched its first 4G smartphone, the Ascend P1. Before smartphones, Huawei provided telecommunication networking equipment to customers around the world, which remains a core part of its business today.

HiSilicon was founded in 2004 to design various integrated circuits and microprocessors for its range of consumer and industry electronics, including router chips and modems for its networking equipment. It wasn’t until Richard Yu became the head of Huawei in 2011 — a position he retains to this day — that the company started looking at SoC design for phones. The rationale was simple; custom chips allow Huawei to differentiate itself from other Chinese manufacturers. The first notable Kirin mobile chip was the K3 series in 2012, but Huawei continued to use chips from other silicon companies in most of its smartphones at the time. It wasn’t until 2014 that today’s Kirin brand of mobile chips appeared. The Kirin 910 powered the company’s Huawei P6 S, MediaPad, and Ascend P7.

Related: How long do chipmakers support their processors for Android updates?

Just like other smartphone chip designers, HiSilicon’s processors are based on the Arm CPU architecture. Unlike Apple, HiSilicon doesn’t create customized CPU designs based on the Arm architecture. Instead, the company opts for off-the-shelf parts from Arm — such as the Cortex-A76 CPU and Mali GPUs — to integrate into its solutions alongside other in-house developments, including modems, image signal processors, and machine learning accelerators.

Huawei doesn’t sell HiSilicon smartphone chips to third parties. It only uses them inside its own smartphones. Despite this, the chips are still seen as serious competition by the other big players in the market.

HiSilicon, Huawei, and the US trade embargo

To call 2020 a difficult year for Huawei is an understatement. The US trade embargo left Huawei to sell handsets without Google services. Handicapping their appeal, and forcing the company to hastily patch up the gap with its own HMS alternative.

As the screw tightened, key chip manufacturing companies, such as TSMC, were banned from producing HiSilicon chips for Huawei. Reports suggest that the company only has a limited supply of high-end processors left in stock. This leaves Huawei with the prospect of securing alternative chips from a rival, such as MediaTek. However, the real pain is already felt from losing the proprietary features and technologies that HiSilicon spent years building into Kirin. Without Kirin, it’s unlikely Huawei’s smartphones will remain the competitive force they have been for several years.

Without Kirin, Huawei’s smartphones might never be the same again.

Read more: Can Huawei survive without its custom Kirin chips?

Some of the current chip tensions can be traced back to an old rivalry between Huawei and mobile processor giant Qualcomm.

Huawei used to be a major purchaser of Qualcomm’s Snapdragon processors and continued to use its chips in some of its more cost-effective Honor smartphones in recent years. However, Huawei’s most popular recent smartphones are based solely on Kirin technology. As the company’s share of the smartphone market accelerated over the past five years, Qualcomm’s partners felt the squeeze.

Although Qualcomm’s Snapdragon still powers the majority of smartphone manufacturers, Huawei’s rise to the top three has produced a major rival. Speaking in a 2018 interview with The Information, a HiSilicon manager stated the company viewed Qualcomm as its “No. 1 competitor.”

However, the start of hostilities began well before Huawei’s mobile surge. It started shortly after HiSilicon announced its first mobile processors. Qualcomm began heavily redacting product information, despite Huawei still being a customer, concerned that the company may share information with HiSilicon. The company’s concerns perhaps weren’t unfounded, as Huawei employees noted that working on the Nexus 6P with Google taught them a lot about hardware and software optimization.

Huawei and Qualcomm are in closer competition than ever as they race for 5G and IoT related patents.

Outside of SoCs, the two giants have been battling it out for patents related to IoT and other connected technologies, particularly those involving 5G. Qualcomm has been the dominant holder of patents for the CDMA, 3G, and 4G industry standards, which, along with integrated modems in its chipsets, quickly thrust Snapdragon processors to the top of the Android ecosystem. This position is less secure with the rollout of 5G, as Huawei bulked up on patents for both consumer and industry 5G technologies, putting the two on another collision course.

HiSilicon’s latest flagship SoC is the 5G-ready Kirin 990. It’s found in a few high-end smartphones, including the Huawei P40 series and the Honor 30 Pro Plus.

As we have come to expect from a chip powering expensive top-tier models, there’s plenty of high-performance components packed inside. An octa-core Cortex-A76 and A55 configuration paired with a Mali-G76 MP16 graphics unit make this HiSilicon’s most powerful chip to date. Although not quite as cutting edge as its competitors. The company has also improved its in-house image and video processing units to support high-end photography features, along with a very competitive integrated 5G modem package. Another of the Kirin 990’s most notable features is the inclusion of a dual Neural Processing Unit (NPU) based on Huawei’s in-house DaVinci architecture.

The Kirin 990’s predecessor, the Kirin 980, is a very similar chip in many regards, with a similar-looking CPU configuration, GPU, and NPU. Although it lacks some of the cutting-edge performance specs, 5G, and misses out on Huawei’s latest camera developments. Still, it’s a powerful chip found in both high-end Huawei and more cost-effective Honor branded models.

For mid-range and more affordable phones, Huawei has its own Kirin 800 range. These chips target lower-end CPU and GPU performance points, but the Kirin 820 has 5G sub-6GHz support to keep up with its rivals. 700 and 600 model numbers used to be the lower end products, but these ranges have been retired. Huawei is also partial to using MediaTek-made SoCs in some cheaper phones too, more so in light of the trade ban.

HiSilicon, just like Huawei, has evolved quickly over the past half a decade. It’s transitioned from a lesser-known player in the SoC game to a major company, rivaling the biggest names in the business. The chip designer’s influence has undoubtedly grown based on the success of Huawei and Honor mobile brands. However, the severity of 2020’s US trade restrictions makes it likely that the Huawei Mate 40 will be the last phone sporting a Kirin processor.

What comes next for HiSilicon is far from certain, particularly where Kirin is concerned. China-based manufacturing for flagship chips isn’t viable in the medium-term and the range of other potential partners is shrinking fast. The fallout from anti-Chinese sentiment looks set to impact Huawei’s 5G infrastructure plans too, which again has knock-on effects for HiSilicon. The two business arms are inexorably interlinked, and it looks like a rough road ahead. 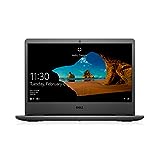 (1)
₹20,000.00 ₹8,099.00
Hospital Therapy Modes4 Pole, 4 Pole Vector 900, 4 Pole Vector 450, 2 Pole pre-modulated Carrier Frequency4 and 2 kHz Base Frequency0 to 150 Hz Sweep Frequency0 to 100 Hz Sweep Modulation Programs Use... read more
(as of September 14, 2021 06:20 GMT +05:30 - More infoProduct prices and availability are accurate as of the date/time indicated and are subject to change. Any price and availability information displayed on [relevant Amazon Site(s), as applicable] at the time of purchase will apply to the purchase of this product.) 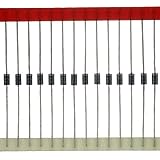 ₹299.00 ₹39.00
1n4007 diodes-10 pieces Lead-free Rohs compliant High quality diode IN4007 Zyme diodes
(as of September 14, 2021 06:20 GMT +05:30 - More infoProduct prices and availability are accurate as of the date/time indicated and are subject to change. Any price and availability information displayed on [relevant Amazon Site(s), as applicable] at the time of purchase will apply to the purchase of this product.)

(48)
₹1,199.00 ₹539.00
These printed Lounge wear pyjama made of Viscose cotton are easy to wear and beautiful. Cotton being breathable makes for the perfect choice for daily wear. This fabric is considerably simpler to main... read more
(as of September 14, 2021 06:20 GMT +05:30 - More infoProduct prices and availability are accurate as of the date/time indicated and are subject to change. Any price and availability information displayed on [relevant Amazon Site(s), as applicable] at the time of purchase will apply to the purchase of this product.) 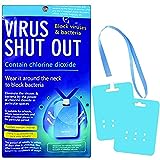 (15)
₹599.00 (₹59.90 / count) ₹449.00 (₹44.90 / count)
? Infection Blocker/Shut Out Sanitization Card, Infection Blocker/Shut Out Card, Sterilization Card, Virus Pouch, Infection Assurance keep you secure around the crowd.Usage : Lasts for 30 days ? Up to... read more
(as of September 14, 2021 06:20 GMT +05:30 - More infoProduct prices and availability are accurate as of the date/time indicated and are subject to change. Any price and availability information displayed on [relevant Amazon Site(s), as applicable] at the time of purchase will apply to the purchase of this product.) 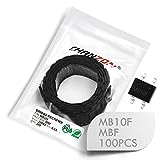 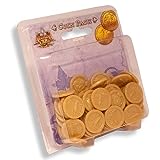 ₹18,976.00 ₹6,437.00 (as of September 14, 2021 06:20 GMT +05:30 - More infoProduct prices and availability are accurate as of the date/time indicated and are subject to change. Any price and availability information displayed on [relevant Amazon Site(s), as applicable] at the time of purchase will apply to the purchase of this product.) 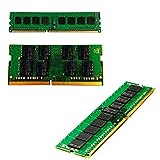 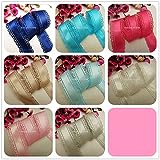 ₹2,290.00 ₹1,109.00
Вид продукта: ленты, размер модели: 1410144, тип ткани: корсажная лента, техника выполнения: вышитый Рисунок: сплошной цвет, стиль: двухсторонняя, материал: 100% полиэстер, производитель: yjhsmy, шири... read more
(as of September 14, 2021 06:20 GMT +05:30 - More infoProduct prices and availability are accurate as of the date/time indicated and are subject to change. Any price and availability information displayed on [relevant Amazon Site(s), as applicable] at the time of purchase will apply to the purchase of this product.)

Embark Together on a Wild, Genre-Bending Co-Op Journey in It Takes Two – Xbox...