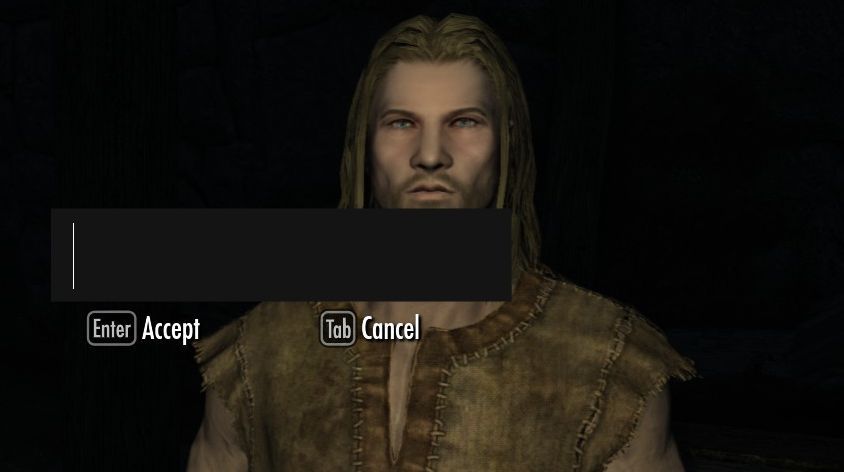 You’ve got the character creation screen in front of you. Class, stats, gender, cheekbone height, all those easy decisions made. But what do you call them? Do you reuse the same name in every game, put in the first goofy thing you think of, deliberately craft something suitable for the setting, or just use your own name?

Our weekend question is: How do you name RPG characters? Here are our answers, plus a few from our forum.

Robin Valentine: If it’s the sort of RPG I’m looking to get really immersed in, it’s the sort of thing I’ll agonise over for ages. I don’t like using my own name—that just feels weird, surely the whole point is that this character isn’t me? And a joke name or even one that’s a bit goofy is just something I know I’ll regret 60 hours from now during some emotional dialogue scene. So I always end up racking my brains until I come up with something that feels appropriate to that world. At least years of playing tabletop RPGs has left me pretty quick on my feet when it comes to making up fantasy adventurer names.

Inevitably though, after all that, the name shows up in a menu page you never look at and otherwise has no impact on the game whatsoever.

Graeme Meredith: If the protagonist has a canonical name, I often feel compelled to use it… Not especially creative. But if the game’s a ‘pure RPG’, where the protagonist’s appearance and personality are entirely up to me, then I usually will go with ‘Graeme’. I think it’s a pretty yukky name (sorry other Graemes), but by using it, I can throw myself into the full-on fantasy of ‘this is me if I were born into this world’.

Near the beginning of Fallout 3, a Mr. Handy butler robot completely destroyed my (Graeme’s) birthday cake. It’s a stock scene for anyone who’s played the game, but I decided that Graeme of the Wastelands would have a lifelong vendetta against all robots. Later in life, Graeme may not even know what sparked his technological discrimination, but he’s not changing his ways now.

This is why naming a character can be such a massive hurdle, but by taking the easy route I’ve discovered a lot of sides to myself.

Lauren Morton: Like Graeme, I default to canonical (or quasi-canonical) names first if I can. For instance, I only ever play Dragon Age 2 as Garrett Hawke because that’s his name gosh dangit even you can technically choose a different one. Otherwise I’ll sometimes choose to name myself after a favorite character from another series or borrow a name from a current fiction project. If I’m just goofing around or it’s a silly game anyhow I’ll go with Cupcake for my usual gaming handle. What I’m saying is, I am entirely devoid of creativity where names are concerned.

Morgan Park: Very interested to see how much consideration everyone else puts into their RPG names. I try to get it over with as soon as possible, either typing in Morgan or going with the default if the game has one in mind (my Links are always Link). I’ve always had more fun roleplaying pre-defined characters like Geralt or Arthur Morgan than blank slates. I love the idea of choosing a canonically appropriate name for the world you’re in. I’ll keep that in mind the next time I’m in front of a character creator!

Jody Macgregor:  Having read all three Baldur’s Gate novels for my sins, I know the canonical protagonist is a whitebread fighter guy named Abdel Adrian. Though I almost recreated him for my last playthrough of the series I knew I’d be bored, so instead I rolled a bard lady and named her Abdella. I do try to think of names that fit the setting, but just as often I’ll type a dumb joke in that box. In every Wing Commander game my callsign was Deadmeat, and every dwarf I’ve played has been named Axebeard Beardaxe.

badman: I usually use my nickname: Badman. Even if it’s a woman, yeah it’s probably sexist 🙂 If it’s an online game and the nick is taken then I use something similar. When I have multiple characters in one game, like in Diablo, then I go by the first thing that pops up in my mind. I never use my real name in a game. It’s part of escaping the real life, why would I use my real name then?

LanACDC: Usually I base the characters off of OCs I’ve already made. I’m playing skyrim as my Orc Bard, Goz, right now.

FinalBossMusic: Back in the day with games like Final Fantasy 6 I would name the characters after me and all my friends, which led to some funny situations and stories to tell on the playground. Nowadays I’ve been writing a fantasy novel for a few years so I usually name my RPG characters after the characters in my book.

Sadaharu_TR: When i was younger. I used names like. “Reaper of Souls”, “Deadly Sorrow” bla bla.

Now i only use Sadaharu.

Rolfil: If it’s a male character I’d use my usual name of Rolfil. Rolf originating from Germanic meaning renown wolf. Female characters I generally think about them a bit more and try and come up with something unique.

Ryzengang: Generally there are two options I go with (other than my actual name on rare occasions: metal or ridiculous. I’ll call an Orc warrior something like Spineripper on the metal side, or just whatever absurdity I happen to think of on the ridiculous side. One of my Diablo 3 characters is a Wizard named “yerawizard”.

Oussebon: Depends if it’s a serious character or not.

In Skyrim, Argonians have a naming day when they are young and are given a name that’s a bit descriptive of them. Often that’s then translated somewhat literally into Tamrielic for the benefit of others who struggle with the Argonians’ language. My Argonian follows this pattern. He’s called “Tests-all-mods”.

In Borderlands I tend to play a main character of each class with their official names e.g. Axton in Borderlands 2. And I use variations for bank characters and alts e.g. I also have Maxton. If I enjoy the class or need a lot of alts, eventually I run out of plausible ones and end up with toons called Waxtr0n, Haxxton, etc.

I’ve also used the name Iskender for toons, because I like the name, I think it’s great. It’s the Turkish form of Alexander (all Indiana Jones fans will know of Iskenderun /Alexandretta). In MMOs this is guaranteed to result in unexpectedly receiving personal messages of “türk müsün?” (are you Turkish?). When answering (in English) to the effect that I’m from the UK and I just really like the name the response has always seemed to be one of delight.

National or cultural pride in games can be a complicated issue but I’m always quite touched when that happens. I always took it as: You love even a fragment of this person’s culture, they love that you love even a fragment of their culture. As superficial as it might seem, it’s still a nice, genuine connection to make with a total stranger, mutually appreciating something.

Zloth: Sometimes I’ll make one up but I’ve got a stable of names I use a lot: Bub for a thief, Tesslah for a mage (preferably into electricity), and so on.

Pifanjr: For offline singleplayer games, I usually use my own name (and the names of my friends in case I get to name more than one character). For online games, it’s almost always Pifanjr.

If I’m in the right mood, for the right game, I might think of something funny, usually some kind of pun.

If I don’t want to use my real name nor my usual nickname and I don’t have a funny name, I use Peughx, which I once got when having to fill in a name on an emulated GBA game and I put it on full speed and mashed some buttons.

Johnway: Like a lot of people i name the MC using my real name. in some cases i like to add ! at the end to make them seem like they’re shouting my name. Hell, in most cases i still use my real name in multiplayer as well. Something i really should stop doing.

For a time i would use puns or appropriate names to name various characters. I did this a bit for Mass Effect 3 until i couldn’t come up with names. Like Angie Neer the engineer or destructor who carried a HMG and fired rockets.

For some reason i’m also quite fond of the name Beth duclare. The same name of one of the characters in Deus ex and in invisible war. Why? Don’t know, the name sounded pretty regal and to name a female character (especially with rogueish qualities) gave the impression someone who had fallen from grace but still destined to do great things. I believe i did this when i named my original scion in path of exile and both my rogue characters in Grimrock beth duclare.

Scalawag: I call every elf character I make Levolor, after the blinds gracing my windows. Everything else I just make up something fantastical or crimp names from history books. I keep a list of good ones.

Frindis: For the most part, I name my character something Norse, like Frindis which is also a name I use in a lot of games. I did name my character Kronk (think The Emperors’ New Groove) once, I guess that was kind of goofy.

rjwilson49: Usually a lot of thought goes into it, depending on the Class of the character as well as gender and such. Something that fits how I think this Character will be and what fits the personality I am projecting for them.

Father George Rutler: A Mentor for Leaders of the World – Social Media Explorer

SamSam Ransomware 101: How It Works and How to Avoid It