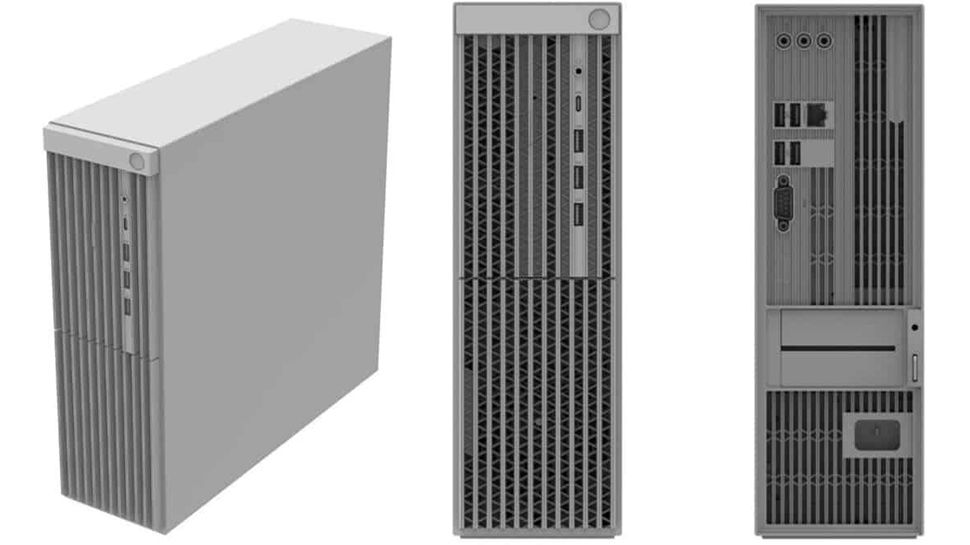 These CPUs are yet to be properly supported by software, so Huawei recently started to offer up Kunpeng-powered workstations to developers.

Meet the Huawei Qingyun W510, which is driven by the HiSilicon Kunpeng 920-3211K processor with 24 cores, operating at 2.60GHz. The CPU itself is based on HiSilicon’s proprietary Armv8.2-compatible Taishan v110 cores.

The workstation is equipped with AMD’s Radeon 520 discrete GPU that cannot be upgraded, 8GB of DDR4 memory and a 512GB SSD. Huawei also bundles a 23.8-inch full HD display with the machine.

Huawei is targeting the Chinese government with its Qingyun W510 workstations, as well as large local enterprises, which is why it runs the domestic Deepin operating system (not Windows). Initially, the system will be available for developers and only later will it be pushed out en masse.

HiSilicon’s Kunpeng 920 CPUs are made by TSMC using its 7nm node. Because of restrictions imposed by the USA, TSMC can no longer supply processors to Huawei or any of its subsidiaries, so it remains to be seen whether the Chinese company has enough processors to support a high-volume launch.

It is noteworthy that, in addition to Deepin-based workstations, Huawei is also reportedly working on client devices based on its own HarmonyOS 2.0. The first of such products may be announced as early as next month.

How to Ask Good Questions as a Journalist – Social Media Explorer

AirPods Pro 2, but not just: Apple would like to launch a new novel...

The 4 pillars of Windows network security