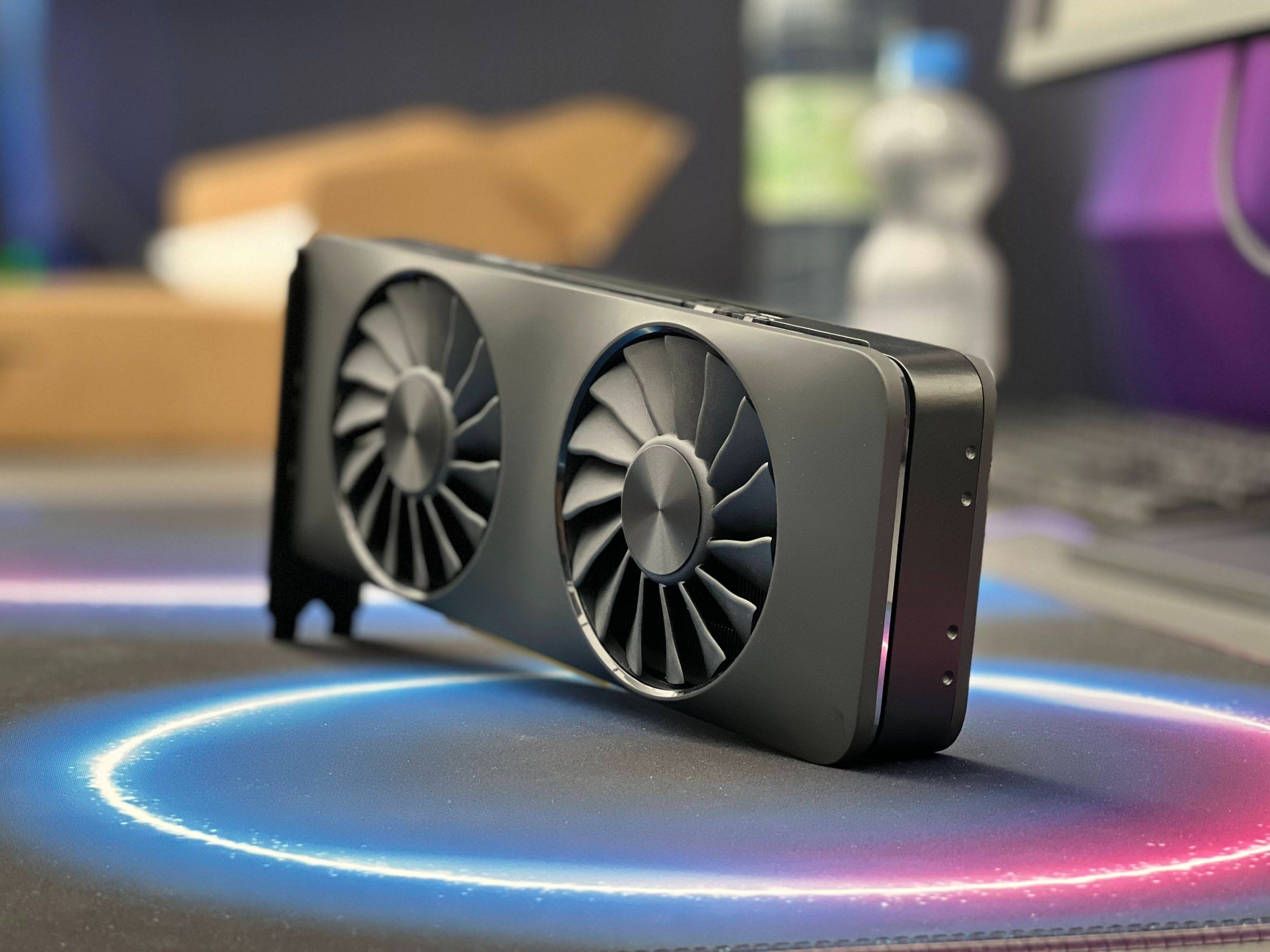 After the launch of the Arc A380 in China, Intel has now released the first benchmarks for the high mid-range model Arc A750. It should be slightly ahead of Nvidia’s RTX 3060 in select games. We were able to photograph the graphics card from all angles.

Intel’s GPU Marketing Manager Ryan Schrout presented the first gaming benchmarks for the Arc A750 in an official video. Games F1 2021, Cyberpunk 2077, Control, Borderlands 3 and Fortnite, performance compared to GeForce RTX 3060, Nvidia’s current mid-range model. According to Intel, the graphics presets were set to “High” and the resolution was 2,560 × 1,440 pixels (WQHD).

Depending on the title, the Arc A750 is by manufacturer’s measurements Six to 17 percent ahead of Nvidia graphics cards. The manager’s sound choice suggests that the graphics driver already works well in selected titles, but the GPU performs worse than other games.

The Arc’s performance won’t look the same in all games, but this demonstration was a good preview of what the Arc can do with the right game capabilities and software engineering. We have a whole team of software engineers working to make this possible.

More details on the upcoming desktop graphics card are not yet officially available, but they are Wccftech An unpublished overview of desktop arc models is found in the slide In early September 2021, an earlier and less detailed version of it appeared on Weibo. this year Alchemist-Generation so should Between about $99 and $399 rank

According to rumors, the Arc A750 offers a six-nanometer ACM G10 graphics unit with 24 Xe cores and 3,072 shaders. 12 GB in GDDR6 video memory. At IEM in Cologne we did Pre-production model of the Arc A750 Check the outside of the glass case. However, the letter with the model designation was still missing.

Since the A750 and A770 arguably require the same cooling performance, these models use the same dual-fan design. A six-pin and an eight-pin connector are available for the power supply, and the back has three DisplayPorts and an HDMI.

It is not yet clear when the graphics cards will launch. Intel YouTube channel gamers told Nexus: “Sooner than you think”. The Arc A380 entry-level model is already available in China. Officially, the manufacturer communicates it still in summer So should be.

It remains to be seen how the availability will be. Intel is targeting more than four million Arc GPUs for 2022, including notebook GPUs, which is less than AMD and Nvidia. Intel will probably be able to scratch the competition’s premium models from the third arc generation aka Celestial in 2024 or 2025.

I got bored of Wordle, so I started playing more challenging alternatives