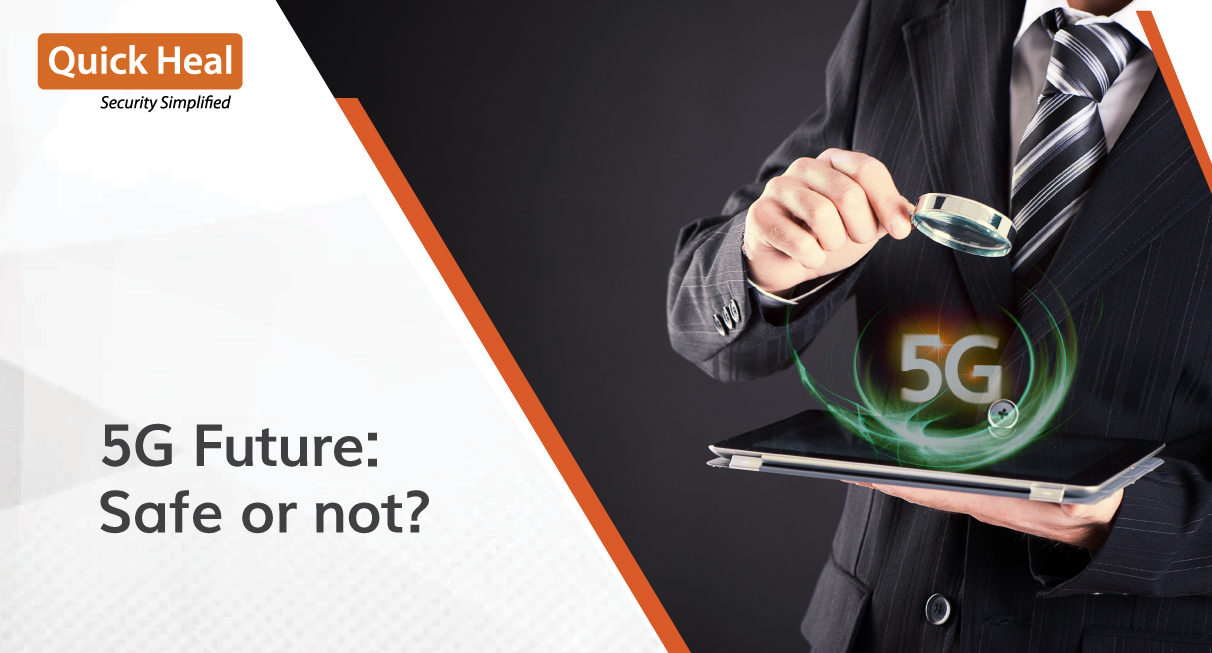 The future is completely open, and so is IoT. IoT or the Internet of Things has completely digitized the way we work or perform daily routines. We not only use IoT for recreation but also to keep track of our fitness and workout routines. Even our homes are becoming more intelligent and innovative and 5G wireless technology is being branded as the “next generation” wireless network. While 5G wireless technology provides a much faster way to connect IoT devices, it also introduces new security issues. This blog discusses 5G vulnerabilities with IoT devices and how improved cybersecurity is essential to ensure a secure 5G future.

What is 5G? What are its features?

The fifth generation wireless network (5G network) is designed to connect virtually everything with machine learning, the Internet of Things (IoT) and other IoT technologies. It is also called wifi-LTE and it is much faster than 4G. 5G brings many new features such as:

The Internet of Things (IoT) describes sensors, physical objects, and a growing set of technologies embedded in them that enable these objects to communicate with each other via the Internet. The region has high expectations with less than 22 billion devices expected by 2025

Why is IoT so important?

In the last few years, IoT has become the most important industry we can imagine. Everything from kitchen appliances to cars to medical devices are connected to the Internet using embedded devices, meaning businesses and women can communicate seamlessly between people, processes and things with a powerful and reliable 5G network.

An important way that IoT helps people is to create a non-stop way to connect everyday objects, people and processes. For example, imagine that your phone has an app attached to your car’s “black box”. Based on the data recorded by your vehicle’s system, the app can tell you when things need to be serviced or allow you to compare your driving pattern with other similar drivers.

5G networks are more susceptible to cyber attacks than previous generations of mobile networks. Here are some key factors that may pose potential risks:

According to the Department of Telecommunications (DoT), 5G will be launched in 2023 in four major cities and other metropolitan areas. The department wants to conduct 5G spectrum auctions before launching 5G across India
With the help of well-known companies like Bharti Airtel, Reliance Jio and Vodafone Idea, trials have been made for 5G services running in some big cities.

To get things started, the most important element is the need for clarity about some regulatory decisions. The spectrum must be legally accessible and licensed to a qualified party to make it initially available for use. Creating a fair and reasonable process for the transfer of the mentioned licenses can help bring about the basic building blocks required for the success of this project. There are a lot of rumors around that the price is too high to access the spectrum.
5G will launch quickly as soon as the controller dust settles. Smartphones are already ready to go, and so are mobile carriers Specific terms for 5G demand need to be clarified before it becomes ubiquitous.

Private 5G networks are reserved for captive use in the Industry 4.0 concept. This is an idea that is considered a significant application of 5G networks when introduced to the world. Not only will public 5G networks serve all telecommunications users, but private ones will be connected to the Internet of Things. This will make it more efficient and secure than ever before with all the devices connected to work together through this latest version of the Internet.

What is an NFT? – Social Media Explorer

Lock Down & Level Up: Protect Your Online Gaming from Hackers

The agreement between Motorola and GlobalFoundries protects the supply of chips for public safety...