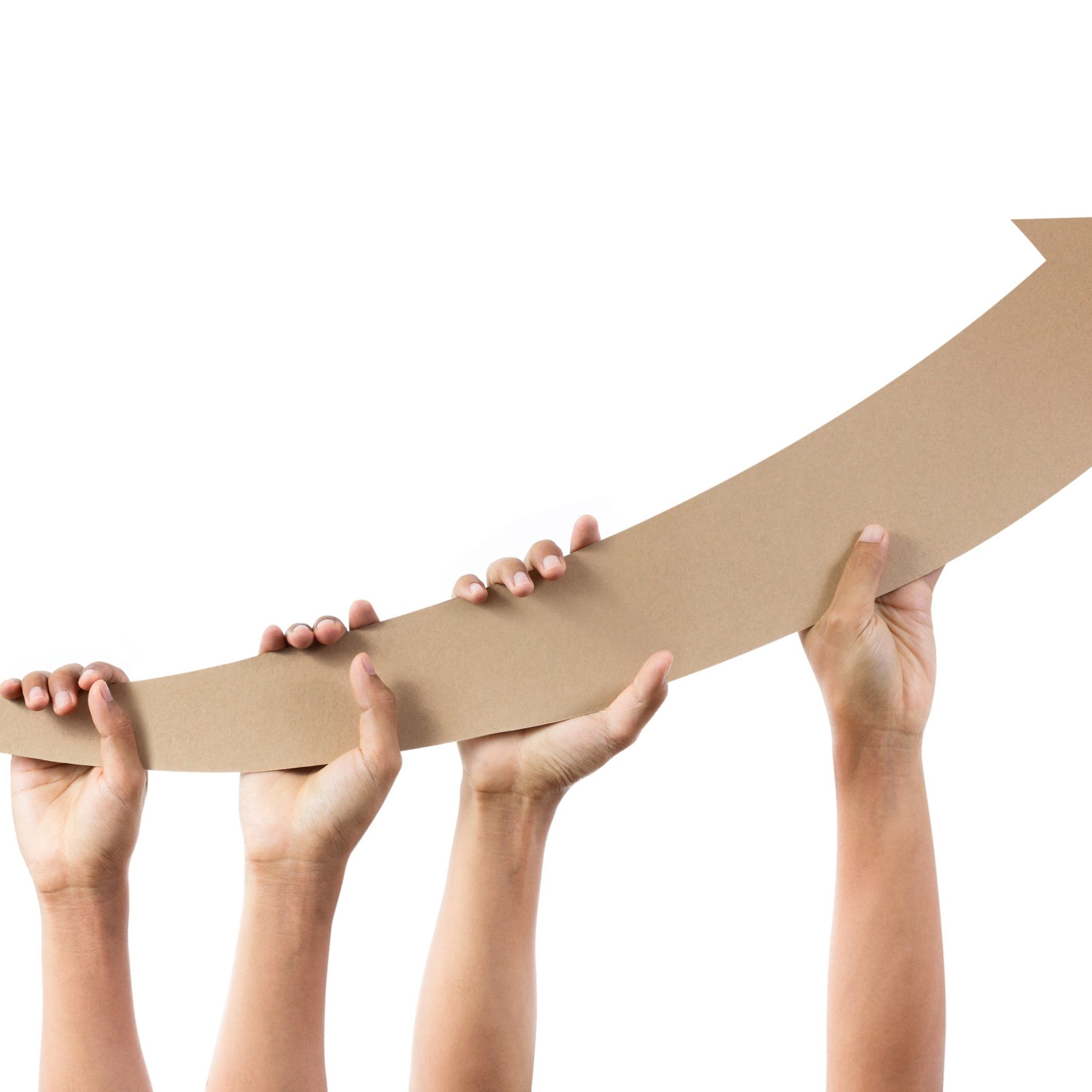 Thank you to the TD Ameritrade Network and host Nicole Petallides for inviting me to be a guest on their Trading 360 show. As an industry analyst in wireless and telecom, we discussed the changing wireless and telecommunications industry, which companies are performing well and what we can expect during the massive industry change that is occurring. Let’s take a closer look.

First, let’s pull the camera back and take a look at the industry from a longer-term, historic perspective. As a wireless and telecom industry analyst for more than three decades, I have learned this industry is always in a state-of-change. At any point it can either be on a rapid growth wave or in a lull. It has followed this path for decades.

Over time, as the industry consolidated, there have been definite periods of exciting growth and change. We are now in the next such wave with 5G, AI, IoT and more.

We have entered the next wave of dramatic growth and change in the industry. However, it is important to understand the sectors of the wireless and telecom industry which are positioned well.

It is also important to understand the differences between individual companies in these sectors.

Some companies are well positioned for growth in coming years. Others have taken the wrong path over the last decade and must make the right changes. Still others seem to be missing this next growth wave altogether.

Several years ago, companies in the wireless, telecommunications and pay TV industry were stuck in a dry spell between growth sectors.

This meant they risked losing investor interest to other high growth stocks.

So, many companies started down new and different paths. If this worked, the companies would be bigger and stronger competitors. If it didn’t work, they would be in trouble and have to eventually go back to the basics of who they are.

Now that 5G is in full gear and transforming the wireless space, there is renewed interest in this sector of the telecommunications industry.

Other new services like telecom, fiber, pay TV over the Internet, streaming services, metaverse, AI, IoT and more are all strong growth areas.

Many companies went in the wrong direction over the last decade

During the last decade, the industry growth has slowed. To keep investors happy, many companies resorted to some very dramatic shifts in the direction. Some of these were successful. Most were not.

Ultimately, the failed attempts let to reversing course. A process that is time consuming.

Today, some companies are stronger and more competitive than ever. While others are struggling to reverse course and get back on the growth track.

The industry looks like a chaotic mess today. However, this is also the best time to invest in certain companies as the industry irons out its next direction.

Looking ahead, the telecommunications industry is as vibrant as ever, but is continually changing as well. It’s not the same place it was a decade or two ago and that change wave continues moving forward.

So, the important questions every executive, worker and investor in this space must ask is, where is this industry heading and how to maintain a leadership position through the transformation.

The services and products we use today are very different from what we used a decade or two ago. And that change will continue.

Today, everything is data driven and digital. Today we use wireless, fiber, AI, IoT and the Internet to deliver voice, data, pay TV, streaming services and so much more in new and exciting ways.

Who are wireless, telecom, fiber, pay TV leaders of today?

We have been learning that winners of yesterday are not guaranteed to be winners tomorrow.

The converse is also true. Those who have struggled in the past can change and become leaders in a few short years if they make the right moves.

Plus, some companies are stronger in one area and weaker in another. Consider how Microsoft is a leader in the computer and software industry but could not make it in wireless.

We have seen heroes of yesterday come tumbling down quickly. Think Motorola, Blackberry, Nokia and others. They were quickly replaced by Apple iPhone and Google Android.

We have seen some companies give wireless a second chance and so far, have been successful. Think Xfinity Mobile, Spectrum Mobile, Optimum Mobile.

So, the marketplace is constantly changing. Because of that, leadership within this industry is also changing.

Industry leadership must continue to be earned going forward

Consider wireless. Several years ago, Verizon was lost. To find some kind of growth in order to keep investors happy, they acquired Yahoo and AOL. However, that failed. After changing their CEO, they exited these areas and went back to their core.

AT&T was spreading their wings into news and entertainment by acquiring assets like Warner Brothers Studio, CNN and more, and naming them WarnerMedia. This along with DirecTV. This didn’t work out either. They also recently changed their CEO and are now in the process of unraveling years of change and getting back to their core.

T-Mobile crashed and burned a decade ago. They didn’t see the value in moving from 2G to 3G. They spent years revitalizing and now they are a strong competitor after acquiring Sprint. They also tried mobile pay TV. This failed as well, and under a new CEO repaired the damage and exited the losing areas.

While Comcast Xfinity is a strong growth company, Charter Spectrum and Altice USA or Optimum are the second and third largest cable television competitors. They offer cable TV, pay TV, Internet and they also resell wireless service. So far, they are successful, but much smaller.

Qualcomm is in an excellent position. It provides the important pieces of the puzzle to all these companies for their network operations.

With the growth in 5G, with other industries moving to wireless like automated driving, telemedicine and more, with the metaverse and other hot new technologies, Qualcomm is firing on all cylinders.

Apple remains very successful with the iPhone and their operating systems, along with their iPad, MacBook series and more.

Google also remains very successful with their Android system which is on many smartphones and tablets like the Samsung Galaxy. However, they continue to struggle with their own smartphones under their own brand name service, Google Fi.

Some companies grow successfully while others struggle

So, as you can see, through all the industry changes over the years, some companies continue to grow and show strength, while others struggle and must change course. It’s a mixed bag.

That’s why knowing the wireless and telecom industry is still healthier than ever is not enough. You also need to understand which players are winning today and which are struggling.

Yesterday’s leaders are not guaranteed to be tomorrows leaders

One example is AT&T. Verizon and AT&T were always top guns in the wireless industry for as long as we can remember. However, they took their eyes off the wireless ball over the last decade trying to become a super-company by acquiring DirecTV and WarnerMedia.

At the same time T-Mobile picked themselves up, dusted themselves off and competed hard. They ultimately became the second-place leader and are now above AT&T. Leadership in wireless is Verizon, T-Mobile and AT&T.

That’s an expensive and painful lesson for AT&T and for every other company, worker, customer and investor.

However, if T-Mobile could fix their problems and grow, so can AT&T. And so other firms struggling to find their way in the wireless and telecom industry.

There are plenty of companies that need this kind of boost like CenturyLink, Lumen Technologies, Frontier Communications and others.

These are all good companies and can recover like T-Mobile did, if they recognize their problems and work to solve them and move forward.

So, the good news is the wireless and telecom industry is healthier than ever. It is growing faster than ever.

That being said, not every company in the space is successful today or at the same levels. There is a wide range of companies and performance from top to bottom.

It is vital to understand which companies are on the growing side of the growth wave, which companies took the wrong path and are now in correction mode, and which are lost and struggling to find their way.

Use Alexa to Share Your Favorite Songs With Friends | Digital Trends