I’m not sure about the potential of LinkedIn Stories as yet.

After initially launching the new option in Brazil back in April, LinkedIn then followed that up with steady expansions into France, the Netherlands and UAE over the next month (May), then Australia a month after that (June).

But then the roll-out stopped, with no new nations seeing LinkedIn Stories in now more than two months

Indeed, the Stories info page on LinkedIn Help states that it hasn’t been updated in two months.

So why the slowdown? What’s the hold up in expanding LinkedIn Stories to more regions?

Of course, there could be various factors at play, especially given the various disruptions of 2020. But maybe LinkedIn just isn’t seeing the interest in the option it might have hoped. I asked LinkedIn if there were any updates available on Stories usage or trends, and it told me it had nothing to share at this stage.

It could be nothing, but then again…

At any rate, this could help boost usage of the option, at least amongst those looking to use it as a marketing or outreach tool. As posted by Alessando Paluzzi (and shared by Matt Navarra), LinkedIn is now testing a new option that would enable users to add URL links to their LinkedIn Stories frames.

The functionality appears to be similar to other Stories options, in that users would ‘swipe up’ on the frame to access the attached URL link. 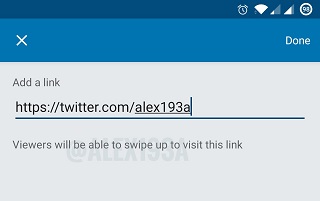 Which would make it a more valuable option for driving referral traffic – which would no doubt lead to increased attention from businesses on LinkedIn who would then be able to more definitely track responses from their Stories.

If, of course, people use them. And while LinkedIn has seemingly slowed the roll-out of Stories, the continued development suggests that an expansion of the option is coming, at some stage, so it seems unlikely to be discontinued or shelved.

It might just take a little longer – and maybe, this new link option will be part of the next stage of its expansion.

We’ll have to wait and see. But I’m not sold on it as a viable content consideration on LinkedIn just yet.

These smart running insoles helped me improve my form in 2...