We’re Luminawesome Games, a small team of four core members based in Vancouver, Canada, and we’re super excited to announce that our 3D puzzle platformer, Lumote: The Mastermote Chronicles, is squishing, bopping and bouncing its way onto Xbox One today! Making Lumote has been a real labor of love. It is, without doubt, our passion project. It makes us immensely proud to see what started out as an Unreal Global Game Jam-winning project finally launch on the Xbox Store!

The game is set in the Great Depths, a sprawling aquatic world filled with bioluminescent creatures known as ‘Motes’ who spend their lives deep in the bioverse, living on the rhythms of the electronica soundscape. In the game you play as Lumote, a cute, squishy, ​​bio-luminescent creature on a mission to overthrow the Mastermote. To do so, you’ll need to descend through an expansive maze-like series of platforms, and take control of the world’s inhabitants on your quest to seize control.

As you can see from the images here, the game is full of vibrant neon colors and has an inviting relaxing atmosphere (and soundtrack), and will, we hope, present gamers with a number of rather clever color-based puzzles to navigate!

So, let’s dive into the bioverse and take a closer look at some of the key features found within Lumote: The Mastermote Chronicles.

Gameplay revolves around solving a series of self-contained puzzle rooms, which increase in complexity with each Mote you meet. Once you complete your first playthrough, players can switch roles and take on an even more complex series of puzzles, as the Mastermote!

‘Possession’ is the core mechanic found within the game, this refers to Lumote’s ability to take control of the world’s inhabitants in order to help solve puzzles. This is what allows Lumote to truly interact with the world around it.

Each Mote has a unique set of abilities, which players can continuously discover as they progress through the game. Early on, players will meet the ‘Dumbat’, a bizarre little block which powers any other Mote it is resting on. Combining this with the friendly sea slug-like creature, the ‘Hover Mover’, allows players to transport ‘Dumbat’ wherever they see fit in order to complete the puzzle.

We like to think of the Motes as adorable, luminescent ‘tools’ to help Lumote take over the world to overthrow the mighty Mastermote!

In the game players will squish, bop and bounce through the world around them. Lumote is extremely curious, highly inquisitive and adorable! You might start the game for the puzzles, but we hope you’ll stay for the super-cute Lumote, who we wanted to present an emotional connection to players through non-verbal expressions.

The Great Depths is a single massive environment with over 50 puzzles separated by towers. Each of these towers marks the players mastery of a specific Mote and unlocks a whole new set of puzzles to explore. There are no loading screens. Instead, the world has been specifically designed using our bespoke rEngine – an original engine built from the ground up for Lumote – so that players can stand anywhere and see all of the progress they have made and everything they have left to do.

Within this world, we have purposely created a contrast between the ominous darkness surrounding each level and the luminous blue and red pathways. Everything that glows is of great importance, and the vibrancy of the environment ties into the level of importance something has within the puzzle itself. This, accompanied by the audio design, enhances the organic, yet cybernetic feel of the aquatic, bioluminescent world that Lumote resides in.

We encourage players to stop at any point within Lumoteand take in everything surrounding them – it’s such a visually appealing, highly immersive world, which we hope players can take pure enjoyment, and maybe even some inspiration, from.

At the greatest depths is the unlikeliest, cutest, hero! Lumote: The Mastermote Chronicles is available from today on the Xbox Store. 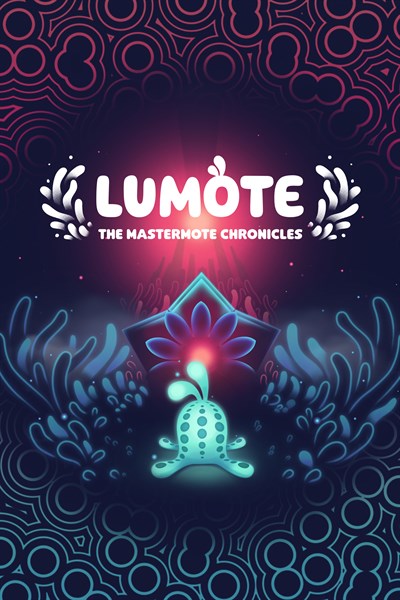 Seafoam Moocher Squish, bop and bounce through the world around you. Lumote is extremely curious, highly inquisitive and adorable! You might start the game for the puzzles, but you’ll stay for the beyond cute Lumote, who manages to deliver an emotional connection to players through non-verbal expressions! The Greatest Depths The world Lumote lives in is a single, massive environment with numerous puzzles separated into towers. Each tower marks your mastery of a specific Mote and unlocks a new set of puzzles to explore as you descend, heading deeper into the Great Depths. After mastering all the motes from the first world, players will be put to the test in a masterclass, taking control of the Mastermote in a different world! Complex and Evolving Puzzles Set in a 3D world full of puzzles and adventure, clever and logical level design eases players in the role of Lumote, and its connection with the world, whilst increasing the complexity with each Mote you meet. The entire world and every puzzle are visible at all times. Electronica Sounds A stunning score accompanies you on a majestical electronica journey, as The Great Depths communicates through music to inform you of key moments and the emotional states of Lumote. rEngine Using the original rEngine, Lumote’s puzzles are all interconnected and you can seamlessly go from one puzzle to the next as you progress with zero loading times. As you journey through The Great Depths, you can look down and see what’s left to do and look up and see all the progress you’ve made soundscape, on one epic journey! Photomode See the world of Lumote through the photo mode. Find the perfect angle and share online as Lumote poses for the camera!