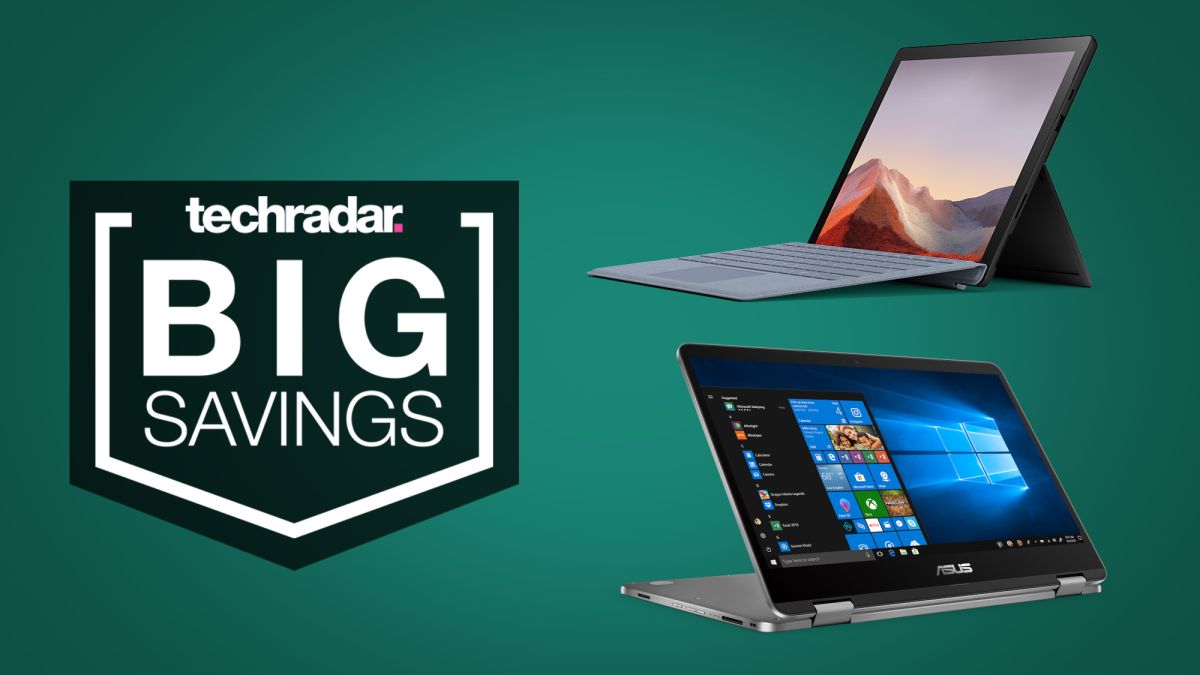 If you’ve been on the lookout for a cheap (but awesome) laptop, the latest round of pre-Labor Day sales from Microsoft has plenty of options that could just be what you’re looking for.

A couple of superb 2-in-1 laptop deals have caught our eye especially, including this Microsoft Surface Pro 7 and type cover bundle for just $549 (was $749). Even though this is the baseline model (which is still pretty fast), we think the price here is exceptional. Not only is it $50 cheaper than other retailers, but you’re also getting a free type cover here, which will enable you to use this nifty little 2-in-1 as a traditional laptop if you need to – really great for maximum flexibility.

The two other Labor Day sales on 2-in-1 laptops that have caught our eyes are on this Asus Vivobook Flip for $649.99 (was $749) and this Samsung Notebook 9 Pro for $999 (was $1,249). Both these laptops are a little larger and more traditional than the Surface Pro 7 featured above, but also have a lot more power under the hood. They both run windows (as you’d expect from a Microsoft deal), have at least a Core i5, 8GB of RAM, and a 256GB SSD under their hoods, making them a top choice for power users.

Not in the US? Check out the best deals on Microsoft devices in your region below.

Microsoft Surface Pro 7 + type cover bundle: $549 at Microsoft
Get the latest Microsoft Surface Pro 7 plus a type cover bundle this week at Microsoft for $200 off. This 12.3-inch 2-in-1 touchscreen is a fine pickup for those who want a bit of power to go with the versatility that this kind of design affords. Inside it’s got a 10th gen Intel Core i3 processor, 4GB of RAM, and a 128GB SSD, and the bundled type cover will also allow you to use it as a traditional laptop whenever you need to.
View Deal

Asus Vivobook Flip 2-in-1 laptop: $649.99 at Microsoft
It’s not just Microsoft devices on sale this week. There’s also a great deal on this Asus Vivobook Flip – the perfect option for those who want an ultrabook spec in a 2-in-1 laptop. This one’s got a 10th gen Intel Core i5 processor, 8GB of RAM and a 512GB SSD, giving it an outstanding amount of power for the money. Definitely recommended for both work and casual use.
View Deal

Samsung Notebook 9 Pro 15 2-in-1 laptop: $999 at Microsoft
Another superb 2-in-1 laptop (we’re sensing a pattern here) – this Samsung Notebook 9 Pro is the most powerful featured on our list but thankfully a $200 discount makes it much more affordable. Its specifications include an 8th Gen Intel Core i7, 16GB of RAM and a 256GB SSD, which make this a real productivity workhorse overall.
View Deal

Razer Blade 15 gaming laptop: $1,599.99 at Microsoft
Get your game on for less this week with a $200 discount on a stunning Razer Blade gaming laptop, courtesy of the Microsoft Labor Day sales. Sure, it’s still pretty pricy but it does have a 10th gen Intel Core i7-10750H, RTX 2060, 16GB of RAM and a 512GB – specs that will absolutely demolish most modern games at 1080p. If you’re looking for the best, definitely check out this awesome Razer laptop.
View Deal

For more excellent options, check out our cheap laptop deals page, where we round up our favorite offers from the top retailers each week. Alternatively, read more about the excellent Surface range in our Surface Pro deals and Surface Go deals articles.