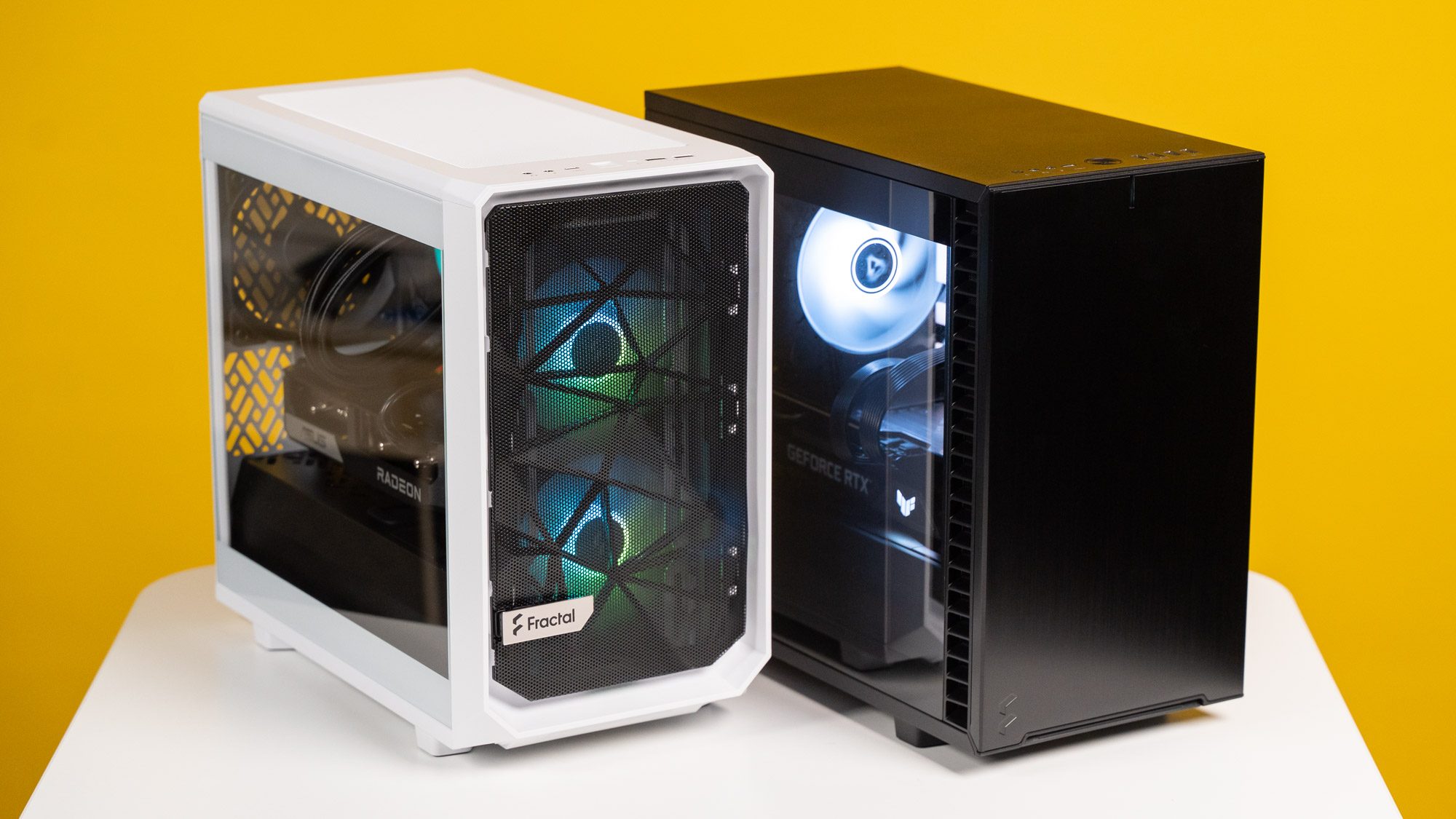 Attention fans of compact systems: Fractal Design is introducing the popular Meshify 2 and Define 7 cases in a compact mini and nano version. There are now three models to choose from, specifically for mini-ITX boards – either Silent, Airflow or a mix of both.

Fractal design looks like it’s going to be a real buzz this year On February presented Torrent Nano/Compact That may follow Meshify 2 RGB/Light And then at the end of June The Pop series is available in 20 variants. The new Nano and Mini variants of the Meshify 2 and Define 7 are now the fourth case launches in 2022, and we can already reveal that the end of this year’s fractal roadmap has not yet been reached. 😉

Both Meshify 2 and Define 7 are no strangers to the field, as both have been on the market for some time. So far, however, both series are only available as a midi tower or a slightly smaller compact version. For even smaller systems, both series are now available with one Mini variant for micro-ATX boards and one Nano variant for Mini-ITX boards Unlike the expanded Define series, which already had a smaller model in the form of the Define Nano S, the ITX case is a novelty for the Meshify series.

Let’s first focus on the two Nano variants. Overall you can Up to 6x 120mm fans Two cases, 2x on front, 2x on lid, 1x on back and 1x on base (without HDD bracket). Two Dynamic X2 fans pre-installed ex works, one 140 in the front and one 120 in the back. If you want to use water cooling, you can Front 240mm or 280mm radiator accommodate

Can be up to 167mm high for CPU coolers The graphics card stands up to 331mm Available (max 306 mm with front fan). A 3.5″ HDD has its own mounting space behind the power supply unit and up to 3x 2.5″ SSDs can also be installed. And to keep the interior beautiful and clean, there are all important points Removable dust filter (front, top, bottom).

For the simplest hardware installation, Fractal Meshify 2 Nano and Define 7 Nano offer a fairly modular format. For example, you can Remove the lid, to better connect the cables to the top edge of the mainboard. Comes with cable management 8x Velcro straps The mainboard is supported on the back of the tray. Finally, there’s a gorgeous front panel with USB 3.2 Gen2 Type-C.

If, on the other hand, you don’t want it to be so short, you can do, among other things More storage drives or fans The newer mini models are worth a look to be able to accommodate the computer. Up to 7x 120mm fans can be placed here, 3x at the front, 2x at the cover, 1x at the back and 1x at the bottom (without the HDD bracket). Unlike the Nano variant, the two mini housings can also accommodate a 240/280mm radiator. 240 mm radiator in lid accommodate

Of course, the dust filters on the Fractal Design Meshify 2 Mini and Define 7 Mini should not be missing. The maximum dimensions of the CPU cooler and graphics card are also identical: 167mm maximum for the cooler, 331mm maximum for the graphics card (306mm maximum with front fan). However, there are more options for storage drives. beside Two 3.5″ brackets Two 2.5″ mounting brackets are also available on the back of the power supply.

Meta announces the next step in its Metaverse transition