As Congress prepares to return to Washington in the coming weeks, finalizing the FY2021 National Defense Authorization Act (NDAA) will be a top priority. The massive defense bill features several important cybersecurity provisions, from strengthening CISA and promoting interoperability to creating a National Cyber Director position in the White House and codifying FedRAMP.

These are vital components of the legislation that conferees should work together to include in the final version of the bill, including:

One of the main recommendations of the Cyberspace Solarium Commission’s report this spring was to further strengthen CISA, an agency that has already made great strides in protecting our country from cyberattacks. An amendment to the House version of the NDAA would do just that, by giving CISA additional authority it needs to effectively hunt for threats and vulnerabilities on the federal network.

Bad actors, criminal organizations and even nation-states are continually looking to launch opportunistic attacks. Giving CISA additional tools, resources and funding needed to secure the nation’s digital infrastructure and secure our intelligence and information is a no-brainer and Congress should ensure the agency gets the resources it needs in the final version of the NDAA.

Perhaps now more than ever before, interoperability is key to a robust security program. As telework among the federal workforce continues and expands, an increased variety of communication tools, devices and networks put federal networks at risk. Security tools that work together and are interoperable better provide a full range of protection across these environments.

The House version of the NDAA includes several provisions to promote interoperability within the National Guard, military and across the Federal government. The Senate NDAA likewise includes language that requires the DoD craft regulations to facilitate DoD’s access to and utilization of system, major subsystem, and major component software-defined interfaces to advance DoD’s efforts to generate diverse and effective kill chains. The regulations and guidance would also apply to purely software systems, including business systems and cybersecurity systems. These regulations would also require acquisition plans and solicitations to incorporate mandates for the delivery of system, major subsystem, and major component software defined interfaces.

For too long, agencies have leveraged a grab bag of tools that each served a specific purpose, but didn’t offer broad, effective coverage. Congress has a valuable opportunity to change that and encourage more interoperable solutions that provide the security needed in today’s constantly evolving threat landscape.

The House version of the NDAA would establish a Senate-confirmed National Cyber Director within the White House, in charge of overseeing digital operations across the federal government. This role, a recommendation of the Cyberspace Solarium Commission, would give the federal government a single point person for all things cyber.

As former Rep. Mike Rodgers argued in an op-ed published in The Hill last month, “the cyber challenge that we face as a country is daunting and complex.” We face new threats every day. Coordinating cyber strategy across the federal government, rather than the agency by agency approach we have today, is critical to ensuring we stay on top of threats and effectively protect the nation’s critical infrastructure, intellectual property and data from an attack.

The FedRAMP Authorization Act, included in the House version of the NDAA, would codify the FedRAMP program and give it a formal standing for Congressional review, a  critical step towards making the program more efficient and useful for agencies across the government. Providing this program more oversight will further validate the FedRAMP approved products from across the industry as safe and secure for federal use. The FedRAMP authorization bill also includes language that will help focus the Administration’s attention on the need to secure the vulnerable spaces between and among cloud services and applications.  Agencies need to focus on securing these vulnerabilities between and among clouds since sophisticated hackers target these seams that too often are left unprotected.

Additionally, the Pentagon has already committed to FedRAMP reciprocity. FedRAMP works – and codifying it to bring the rest of the Federal government into the program would offer an excellent opportunity for wide-scale cloud adoption, something the federal government would benefit greatly from.

We hope that NDAA conferees will consider these important cyber provisions and include them in the final version of the bill and look forward to continuing our work with government partners on important cyber issues like these. 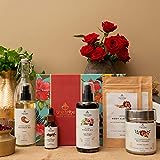 (8)
₹3,999.00 (₹666.50 / count)
Benefits: Even toned facial and body glow ; Reduced facial and body pigmentation ; Reduced uneven skin tone Strong roots and hair growth; Reduced hairfall ; Top to Toe chemical free bathing ritual Set... read more
(as of October 17, 2021 18:05 GMT +05:30 - More infoProduct prices and availability are accurate as of the date/time indicated and are subject to change. Any price and availability information displayed on [relevant Amazon Site(s), as applicable] at the time of purchase will apply to the purchase of this product.)

Before you buy a tech gift this holiday season, here’s some sage advice

France will issue repairability scores for gadgets from January