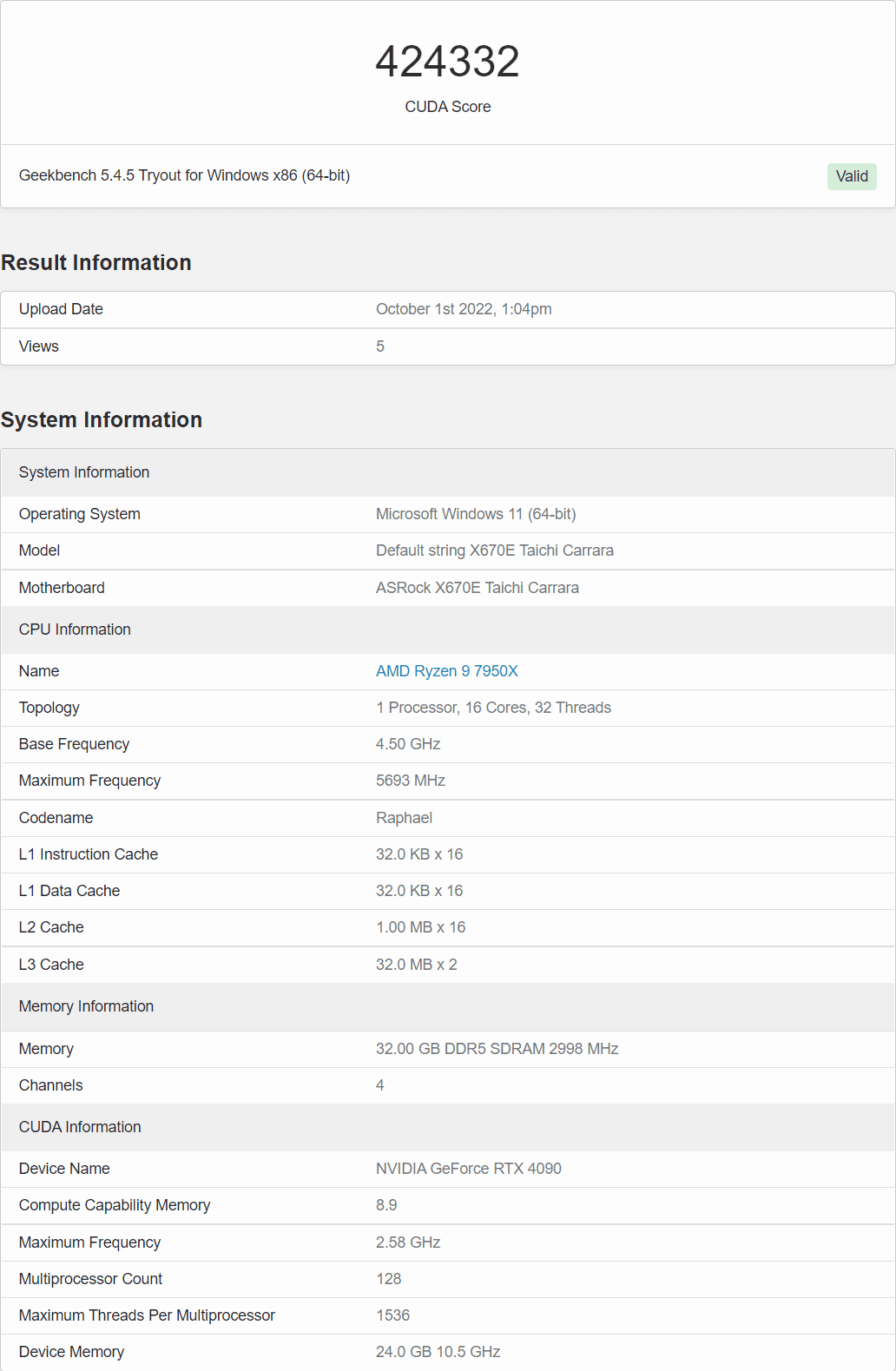 While NVIDIA has been providing gamers with DLSS 3 and ray tracing performance numbers, little has been known about the raster performance of their next-gen parts so far. We now have our first non-DLSS and non-RT benchmark leaks on our Geekbench 5 CUDA database.

The NVIDIA GeForce RTX 4090 was tested on an AMD Ryzen 9 7950X CPU platform with 32 GB DDR5-6000 DRAM without knowing if it was a Founders Edition reference or a custom AIB build. The graphics card offers a maximum reported frequency of around 2.58 GHz. The graphics card scored 417,713 points in CUDA performance. For comparison, the RTX 3090 Ti scored a total of 260,346 points in the same benchmark, while the RTX 3090 scored a total of 238,123 points. This is a 60% and 75% increase over these graphics cards respectively

Nvidia GeForce RTX 4090 It uses 128 SMS out of 144 for a total of 16,384 CUDA cores. The GPU comes with 96MB of L2 cache and a total of 384 ROPs, which is simply insane, but considering the RTX 4090’s reduced design, it might have a little less L2 and ROP. The clock speed is not confirmed yet, but considering it uses the TSMC 4N process. Clock speeds are up to 2.6GHz and are NVIDIA rated Claiming speeds of over 3GHz with overclocking which you can read more about here.

As for memory space, the GeForce RTX 4090 will feature 24GB of GDDR6X capacity clocked at 21Gbps on a 384-bit bus interface. It saves bandwidth up to 1 TB/s. That’s the same bandwidth as the current RTX 3090 Ti graphics card, and in terms of power consumption, the TBP is rated at 450W. The card is powered from a single 16-pin connector that delivers up to 600 watts of power. Custom forms offer higher TBP targets.

Thor: The Love and Thunder star has given his opinion on the film

Pebble Ready to Come Back: An iPhone Mini with Android Inside Almost Ready –...