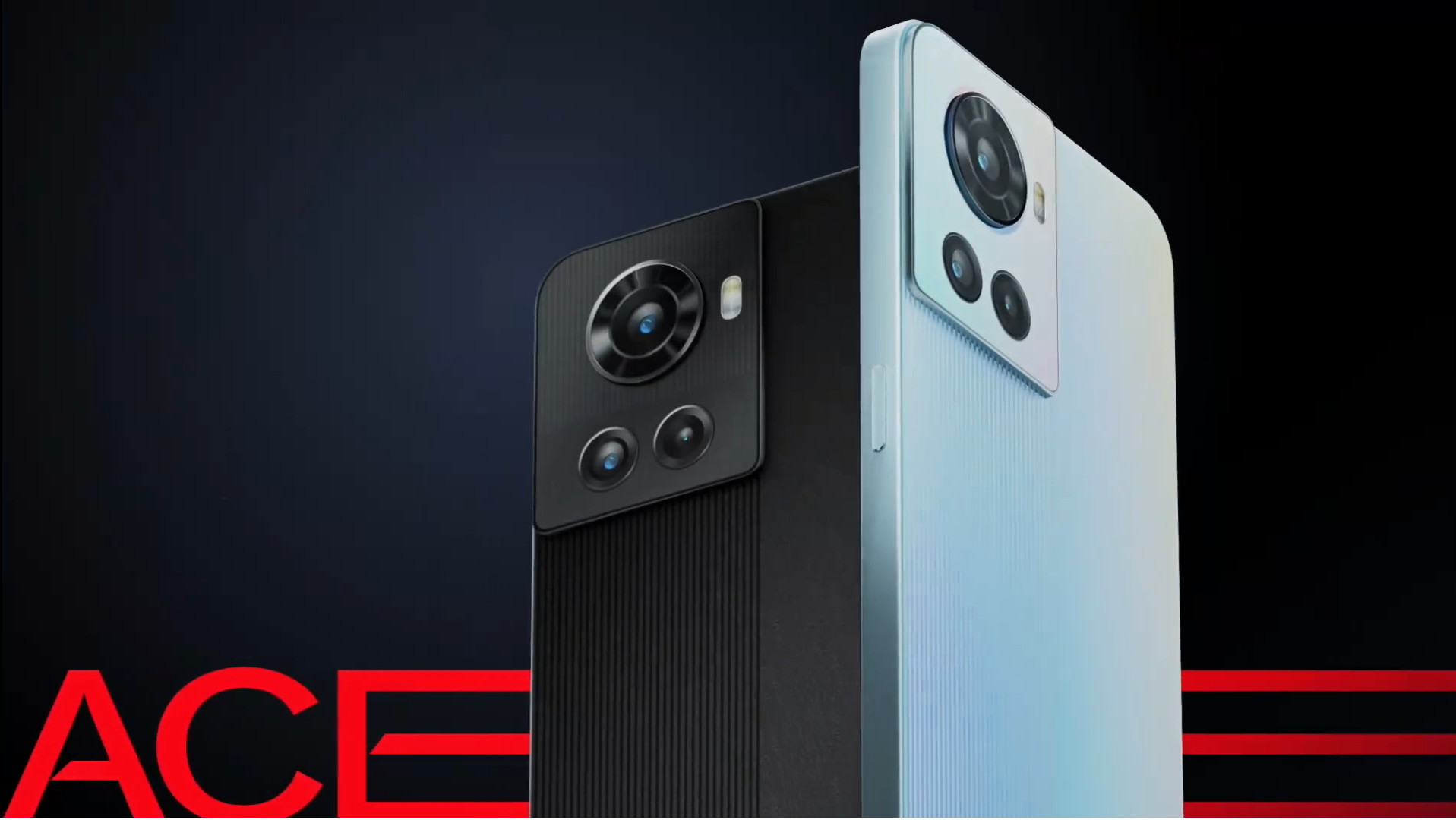 The Oppo Ace series may have been restricted to China, but the phones were truly affordable flagships. Now, the Ace line is back, but we’ve got a OnePlus Ace instead thanks to the OnePlus / Oppo merger.

Those expecting an all-new affair will be disappointed, as the OnePlus Ace is a rebranded Realme GT Neo 3 with a tweaked design. In the case of the latter, you can expect a dual-textured design on the back, with stripes on the left side and a smooth finish on the right-hand side.

Otherwise, you’re getting the same specs as the Realme device. That means a Dimensity 8100-Max 5G chipset, a 6.7-inch FHD + 120Hz OLED screen (with Gorilla Glass 5), and a triple rear camera system. The cameras consist of a 50MP IMX766 main shooter with OIS, an 8MP ultrawide lens, and a 2MP macro lens. You’re also getting a center-mounted punch-hole cutout that hosts a 16MP camera.

What else does the OnePlus Ace bring to the table?

The biggest selling point has to be the use of 150W charging though. The company claims the 4,500mAh battery can go from zero to 50% in just five minutes, although there’s no word on zero-100% charging times. Thankfully, OnePlus says the Ace will maintain 80% battery health after 1,600 charging cycles (equivalent to over four years).

OnePlus is also offering a version of the phone with a 5,000mAh battery and 80W charging. Truth be told, the 80W is still exceptionally fast on paper, while the 5,000mAh battery should result in a notable boost to endurance. So it’s not exactly a no-brainer to go for the 150W variant.

OnePlus Ace: Hot or not?

Unfortunately, one notably absent feature here is the alert slider. The company has long offered the slider on all its phones, but the OnePlus Ace continues a recent trend of ditching the feature.

Expect the OnePlus Ace to start at 2,499 yuan ($ 7 387) for the 8GB / 128GB variant, all the way up to 3,499 yuan ($ 542) for the 12GB / 512GB option. We’re guessing that the phone will be a China-only offering given that previous Oppo Ace models were restricted to China. It’s worth noting though that the OnePlus 10R, which will be launched in India on April 28, is tipped to be a rebranded Realme GT Neo 3 as well. So those hoping to see the Ace in their neck of the woods should hold out for next week’s launch.

Android 13 on its Pixel is the most personalized thing that grays a new...

Botnets: A cheat sheet for business users and security admins