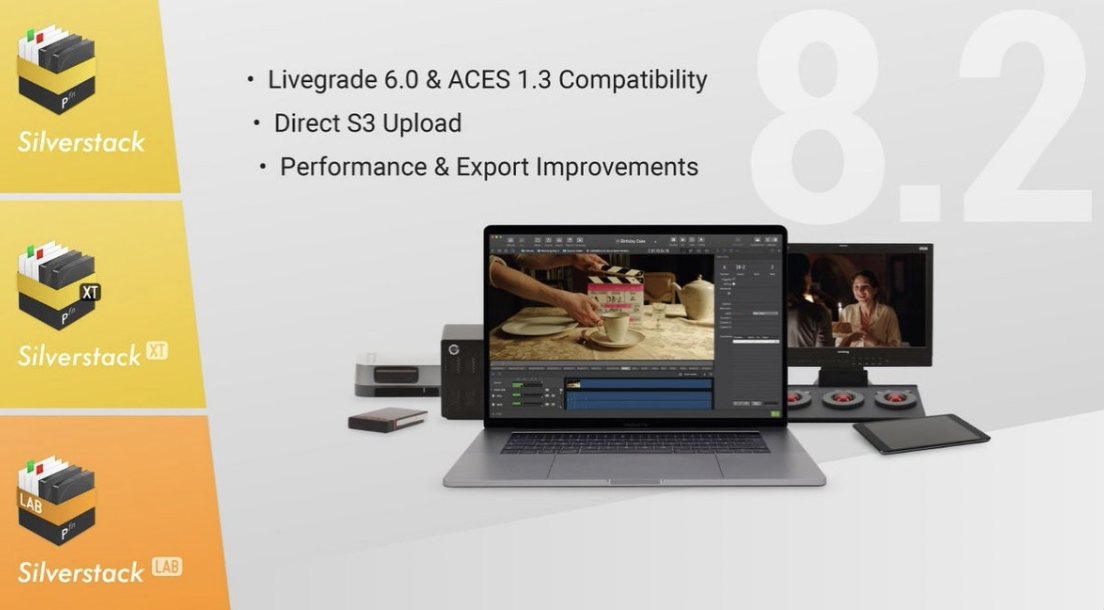 Pomfort has released Version 8.2 of Silverstack Lab. Improvements include Final Cut Pro Export, the ability to register your AWS account in Silverstack Lab and safely backup your files in an S3 bucket or other service that implements the S3 API, as well as ACES workflow enhancements.

If you are not familiar with Silverstack, it is software for securely backing up footage and ingesting data in a fast, organized, and transparent way. Silverstack also lets you instantly secure data, preview source material, and create all kinds of reports based on one central metadata library.

Direct S3 Upload: Backup your files in an AWS S3 bucket or other service that implements the S3 API.

FCPXML: Export one or multiple bins or folders with synced audio files as events and projects for Final Cut Pro.

Innovation at the shelf edge

I got married this week, and these five iOS apps helped reduce our stress...