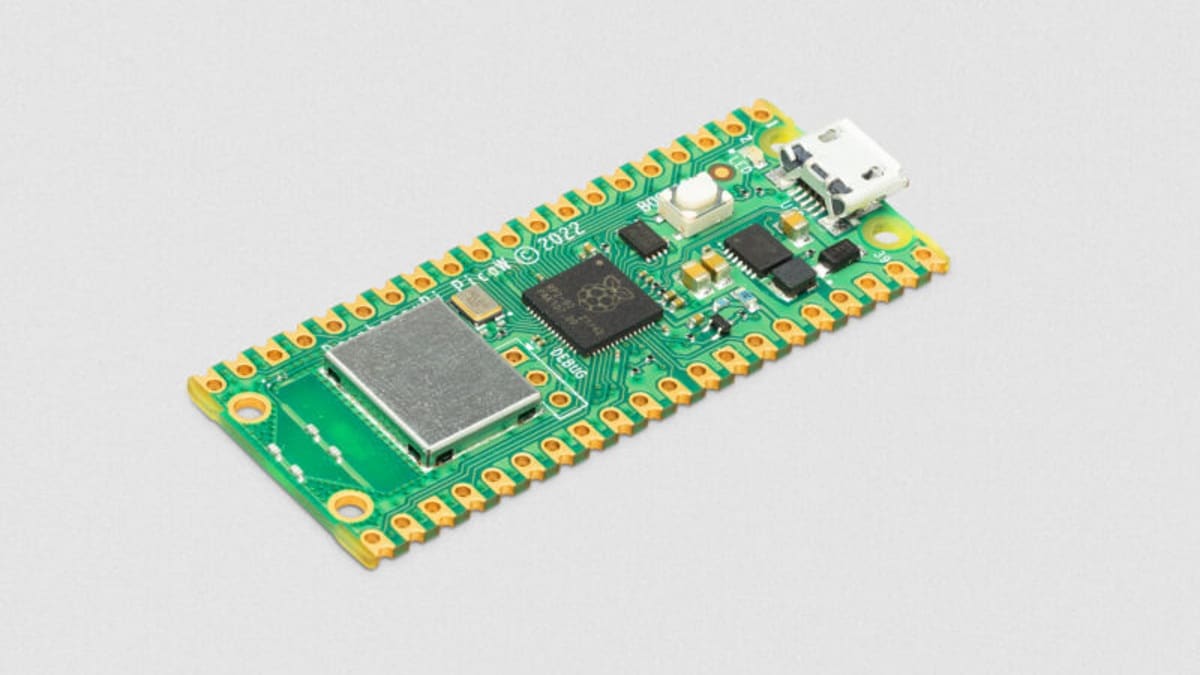 Raspberry Pie Pico W is priced at $ 6 (around Rs. 475) and can be purchased from vendors listed on Raspberry Pie Site. This microcontroller in India Price 490. $ 5 (around Rs. 395) Pico H is also available on the official site. Meanwhile, customers will have to wait until August to get their hands on the Pico WH, which will cost $ 7 (around Rs 555).

As mentioned earlier, this microcontroller has an in-house RP2040 platform built on TSMC’s 40nm low-power process. It packs two 133MHz Arm Cortex-M0 + cores and 264KB on-chip SRAM. The Raspberry Pie Pico W also comes with an Infineon CYW43439 chip for a 2.4GHz 802.11n Wi-Fi connection. This chip can also support Bluetooth Classic and Bluetooth low-energy technologies. The company has teased to enable Bluetooth connection in the future. Also, it is programmable via C and micropython.

The Raspberry Pi Foundation has also introduced the Pico H and Pico WH microcontrollers featuring pre-populated headers and the company’s new 3-pin debug connector. These added features may make the installation of these microcontrollers easier for some users.

Best flashlights for 2020: From Energizer to Olight