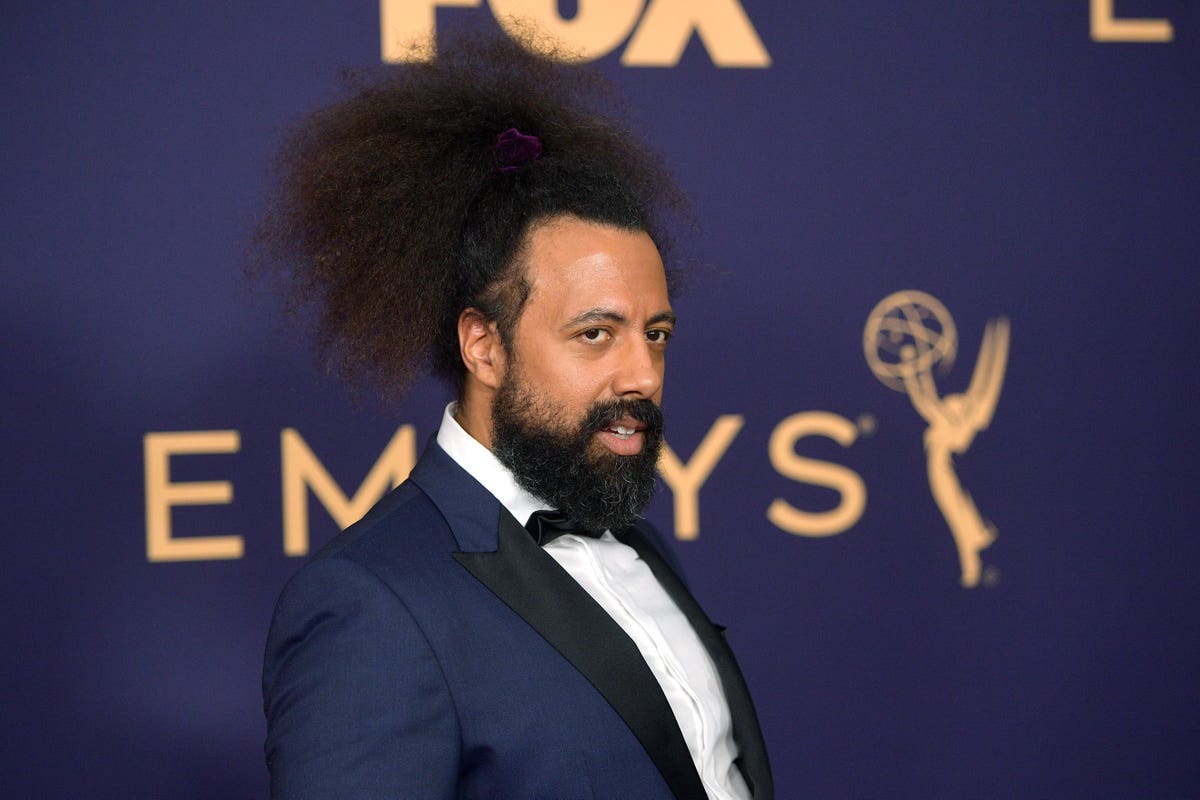 Anyone who’s ever watched a live performance by Reggie Watts knows the man does not like to be pigeonholed.

The actor, performer, comedian, musician and beatboxer is definitely one of a kind.

Throughout his formative years, Watts immersed himself in cannabis and psychedelics-infused experiences which, he claims, allowed him to explore different aspects of his consciousness and encounter his own true self.

Today, Watts is willing to share this wisdom with the world, in the hopes of encouraging others to find and pursue what makes them unique. But, as it was easily presumed, his methods are, let’s say…unconventional.

In an exquisite conversation, the artist told us everything about his first encounters with cannabis, his days of acid tripping in a grunge basement in the early 90s Seattle, and his latest journey into tech entrepreneurship with his own mobile app.

Watts entered the world of cannabis around the age of 16. In retrospect, of course, he recognizes it’s best to wait until the brain is fully formed before starting to consume cannabis.

“It’s been just an amazing kind of journey with it. Now I do mostly edibles because the smoking kind of irritates me,” he told us. Watts considers himself a big advocate for cannabis, pputting forward the many positive effects it can bring to consumers.

For him, using cannabis is a kind of chemistry experiment.

This kind of cannabis-induced conscious exploration of his inner self, is something Watts has applied to psychedelics as well.

Also in his younger years, Watts became interested in LSD. However, for a teen boy in Great Falls, Montana in the late 80s, psychedelics were not an easy thing to come by.

His first experience with acid involved a very intense trip out of town with a group of friends. While it was mostly a fun experience, Watts also remembers it as trascendental.

“It was just a very crazy night, but it definitely opened my mind in a way that unveils a lot more to the universe, or self understanding, for sure.”

‘Have a Good Trip: Adventures In Psychedelics’

Seven years ago, Watts was approached by writer/director Donick Cary, to participate in a project the filmmaker had in the works: a documentary about celebrities and their adventures in psychedelics.

“I didn’t really know where it was gonna go or what was going to happen with it. I just did it because I thought it was something fun to do,” confessed Watts.

The movie eventually developed into a feature-length documentary called “Have a Good Trip: Adventures in Psychedelics,” which premiered on Netflix earlier this year and includes hilarious anecdotes from Sting, A$AP Rocky, Carrie Fisher, Ben Stiller, Sarah Silverman, Anthony Bourdain, and many others.

Watt’s experiences with psychedelics marked a period of intense self-exploration while living in Seattle in the early 90s, in a house he shared with his bandmates.

“The drummer, he got a hold of like a sheet of acid. We pretty much stayed in the house for a week,” he recalled.

“So we basically ate a sheet of acid within seven days or eight days. Sometimes people would bring us food and we would just hang out in the basement recording.”

The years that followed were filled with music, experimentation and many transforming experiences using LSD and psilocybin mushrooms.

Watts remembers his last major trip as a tipping point in his life, at age 24. It involved a brand of “super-clean” LSD called Jack the Shiva.

“I became vegetarian because of it. I started getting into sacred geometry and all kinds of mathematics concerning sacred geometry. Basically, I went into a new age phase, researching things about consciousness and aliens and all this stuff. It was kind of like a big awakening time for me.”

After that, he gave psychedelics a rest for a few years.

“As I got older, when I got into my thirties, I didn’t really do psychedelics as much. And now I rarely, rarely do them. Like, maybe I’ll do mushrooms or something like that once every three or four years.”

Watts said he considers himself an advocate for the guided use of psychedelics in a therapeutic setting too.

“Having a guided aspect of it for self-discovery and kind of working through problems and so forth. I’m down with it. I just want the education to be high and the information to be readily available to people,” he voiced.

“WattsApp. It’s an App, by me. My last name is Watts,” says the artist ever so eloquently in the app’s promotional video.

No, not that WhatsApp. This is something different. Watts’ quest to walk outside the norm and find his own path propelled him to break free from a force that has most public figures in chains these days: social media.

“It’s similar to what you can do with other social media platforms. But it’s my own platform,” he told us.

Through the app, Watts shares his own eccentric inner universe with the outside world – in his own terms, by his own rules. He posts pictures, videos, and live streams. There’s even an online store where he sells his handmade experimental electronic devices.

Watts said he’s particularly pleased with the chance of deciding the aesthetics of the platform, instead of having to rely on the “terrible esthetics” of Facebook or Instagram, as he puts it.

“No one’s getting tracked. There’s no there’s no data being shared. There’s no social aspect of it. It’s just a place to see what I’m doing and tune in to special events.”

Watts calls it a multi-media channel, where people can log in once in a while and see the content he’s creating. Whether it’s a short film, a virtual dance party, an interview or a fake, made-up TV show, WattsApp is a place where exclusive content can premiere before hitting other mainstream platforms.

The artist explained that, in the future, the app could become part of a larger platform for other artists to premiere their stuff, too. But, for now, it’s a Watts thing.

“My hope is that if other artists want to do it, there’s a template for them to make their own app and encourage them to take control over the way their media is perceived. You can have this distributed network of apps which are just specific artists doing their content. That’s the later angle.”

(29)
₹799.00 ₹349.00
Material:Other, Color: Black 20 Holes, For All Vegetable, Flowers,Ginger, Turmeric And Other Plants It efficiently avoids transplant shock & root circulation Bottom drain holes design: Avoid accumulat... read more
(as of October 27, 2021 05:00 GMT +05:30 - More infoProduct prices and availability are accurate as of the date/time indicated and are subject to change. Any price and availability information displayed on [relevant Amazon Site(s), as applicable] at the time of purchase will apply to the purchase of this product.) 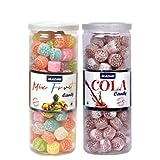 (5)
₹220.00 (₹110.00 / count) ₹199.00 (₹99.50 / count)
Purely vegetarian Made in India Each weight 230 gms Authentic taste with great flavor Good mouthfeel
(as of October 27, 2021 05:00 GMT +05:30 - More infoProduct prices and availability are accurate as of the date/time indicated and are subject to change. Any price and availability information displayed on [relevant Amazon Site(s), as applicable] at the time of purchase will apply to the purchase of this product.)

(11)
₹199.00 ₹49.00
Made of 100% Natural Rubber matrial : rubber, Light weight, High quality flexible rubberbands for home & office use Size : 2 Inch Diameter - approx. 50gms Colour : Pink, yellow, Green
(as of October 27, 2021 05:00 GMT +05:30 - More infoProduct prices and availability are accurate as of the date/time indicated and are subject to change. Any price and availability information displayed on [relevant Amazon Site(s), as applicable] at the time of purchase will apply to the purchase of this product.) 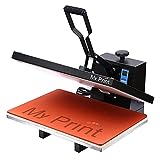 ₹49,999.00 ₹21,999.00
Heat Press Machine 16X24 | Heavy Duty | Multi Purpose USE FOR: This machine transfers on many flat surfaced items, Keychain, such as fabric, metal, wood, ceramic, crystal & glass. Create your own cust... read more
(as of October 27, 2021 05:00 GMT +05:30 - More infoProduct prices and availability are accurate as of the date/time indicated and are subject to change. Any price and availability information displayed on [relevant Amazon Site(s), as applicable] at the time of purchase will apply to the purchase of this product.) 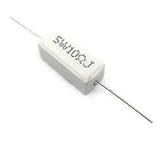 ₹725.00 (₹362.50 / count) ₹675.00 (₹337.50 / count)
Coca-cola Signature Mixers 200ml (Imported) - Pack of 2 Enter the Dark Taste the darker side of premium spirits with Coca-Cola Signature Mixers, a new range specially designed to pair perfectly with p... read more
(as of October 27, 2021 05:00 GMT +05:30 - More infoProduct prices and availability are accurate as of the date/time indicated and are subject to change. Any price and availability information displayed on [relevant Amazon Site(s), as applicable] at the time of purchase will apply to the purchase of this product.) 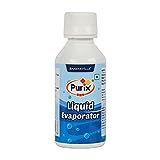 ₹115.00 ₹109.00
It is used for painting and airbrushing on fondant It can be used with all kinds of food colours and luster dusts Make your cake more beautiful with the use of Evaporex It makes the colours look more ... read more
(as of October 27, 2021 05:00 GMT +05:30 - More infoProduct prices and availability are accurate as of the date/time indicated and are subject to change. Any price and availability information displayed on [relevant Amazon Site(s), as applicable] at the time of purchase will apply to the purchase of this product.)

(2782)
₹796.00
FIRST OF ITS KIND!: CamPure Camphor Cone is dual purpose - it fills the air around you with delightful, fresh scent, AND in some situations its insect repelling properties can help keep mosquitoes awa... read more
(as of October 27, 2021 05:00 GMT +05:30 - More infoProduct prices and availability are accurate as of the date/time indicated and are subject to change. Any price and availability information displayed on [relevant Amazon Site(s), as applicable] at the time of purchase will apply to the purchase of this product.)

Nintendo Switch buying guide: Everything you need to know