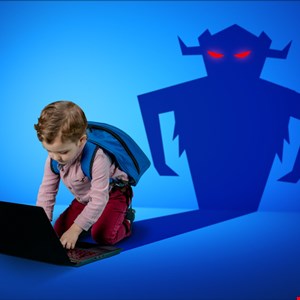 The Tennessee Bureau of Investigation said yesterday that the number of tips received regarding cybercrimes against children has increased sharply since the outbreak of COVID-19.

Speaking to media, TBI Director David Rausch said investigators had received more than twice the usual number of tips concerning this type of cybercrime since the pandemic began.

In 2020, the bureau has recorded 450 tips on cybercrimes against children, with 122 tips received in the month of March alone.

Rausch said the rise might be linked to an increase in the amount of time people were spending online since remote working and social distancing became the norm. He warned parents to keep an eye on what their children are doing when they access the internet and to ensure smart devices are used under supervision.

“Our agents have seen children as young as five years old taking photos of themselves and at the direction of someone they communicated with online,” said Rausch.

“We want to encourage parents to be vigilant.  Just as you wouldn’t let strangers into your home, or certainly your children’s bedroom, you shouldn’t let cyber-criminals into your home through phones or other screen sources.”

He advised parents who believe they have witnessed a concerning online interaction between their child and someone else to record the name and contact information of that individual. Rausch said that parents should not try to interact with the individual but should instead contact their local bureau of investigation.

Speaking to WKRN in February, TBI Special Agent Robert Burghardt said that the bureau took a proactive approach to catching criminals who use the internet to sexually exploit children. Detectives create profiles on popular social media apps like Facebook, Instagram, Snapchat, Kik, and TikTok purporting to be children.

Burghardt said criminals are quick to connect online with users they believe to be minors.

“I’ve had over a dozen people reply within minutes,” said Burghardt.

“You see it on the news, and you think eh, it won’t happen here, but it does. It happens every day throughout the state of Tennessee.”

EE expands 5G to 12 new cities in the UK

How often should you use your robot mop | Digital Trends