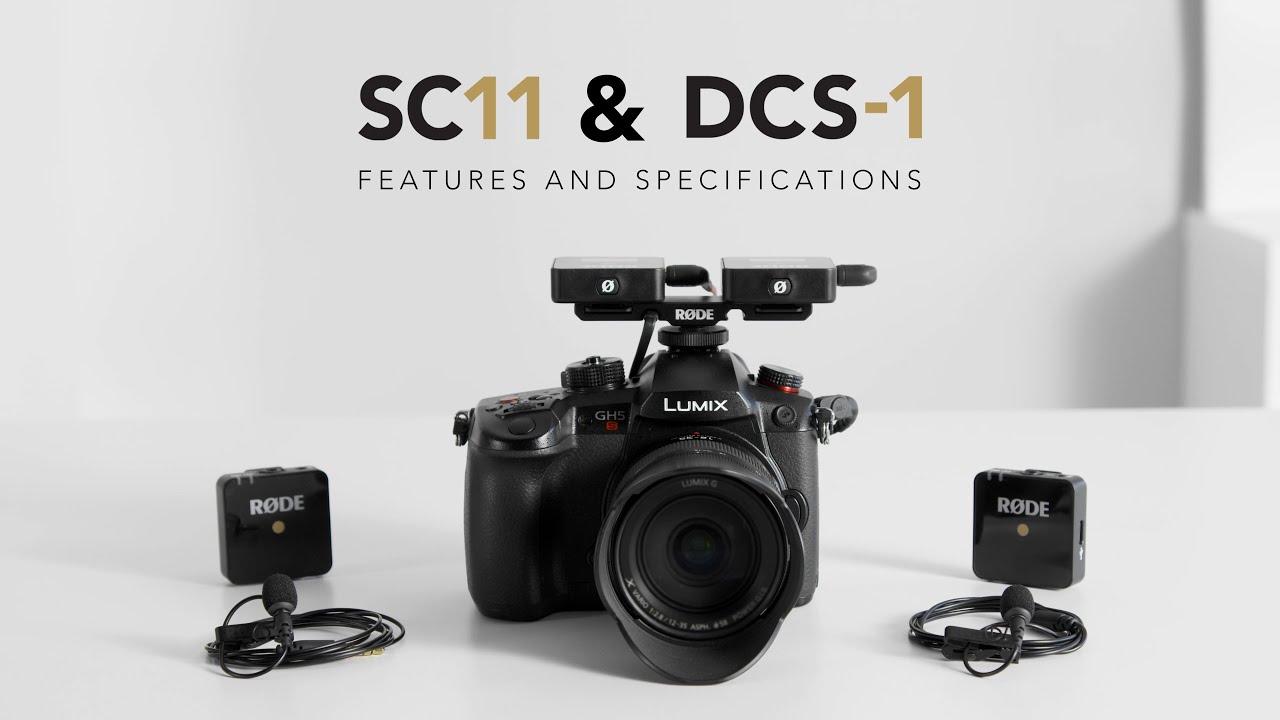 The DCS-1 is a dual cold shoe mount that allows you to mount two microphones or cold shoe accessories onto a device that has a single cold shoe. It is made out of lightweight aluminum, and it is compatible with all RØDE products with a cold shoe adaptor. In a nice touch, it also features handy cable management slots that work with select RØDE cables​.

By combining the DCS-1 and SC11 it stops users from having to plug two microphones into a single recording device, as well as allowing you to keep your rig neat and streamlined. These are good tools for budget filmmakers, vloggers, reporters, journalists, and content creators.

The SC10 is a high-quality 3.5mm TRRS to TRRS cable designed to connect on-camera microphones to DSLR-style cameras or mobile devices. It features a flexible cable segment for optimal shock mount performance, which is coupled to another reinforced cable segment for routing around the camera. This is the exact same cable that comes with the RØDE VideoMic NTG. You can also now purchase that exact cable separately.

The SC16 is a USB-C to USB-C cable that has been designed so that users can connect RØDE microphones with a USB-C output to USB-C devices. It features an in-built cable grip that is compatible with the VideoMic NTG shock mount cable management system. It is also ideal for connecting the VideoMic NTG to Android devices.

Rumors from the net about the new Samsung Galaxy Watch5: Here is the first...