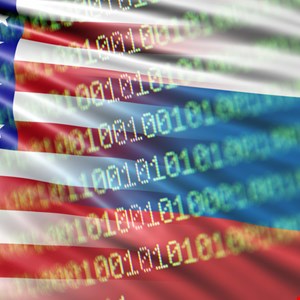 Russia has officially denied any culpability for a recent cyber-attack that impacted at least six federal agencies in the United States.

CISA said that the incident poses “unacceptable risk to the security of federal networks” and urged all federal civilian agencies to review their networks for indicators of compromise and to disconnect or power down SolarWinds Orion products immediately.

SolarWinds, an IT company based in Austin, Texas, which serves government customers across the executive branch, the military, and the intelligence services, stated on December 20 that it was the victim of a sophisticated supply-chain attack that “could potentially allow an attacker to compromise the server on which the Orion products run.”

The company has not attributed the attack to any particular threat actor, stating only that “we’ve been advised that the nature of this attack indicates that it may have been conducted by an outside nation state, but SolarWinds has not verified the identity of the attacker.”

While the US government has not publicly identified who might be behind the hacking, Reuters reported on December 15 that “three of the people familiar with the investigation said Russia is currently believed to be responsible for the attack.”

Secretary of State Mike Pompeo publicly laid the blame for the cyber-attack at Russia’s door on December 18.

Discussing the cyber-incident during an interview with radio host Mark Levin, Pompeo stated: “This was a very significant effort, and I think it’s the case that now we can say pretty clearly that it was the Russians that engaged in this activity.”

Today, Russian News Agency Tass reported that Moscow was not responsible for the hacking attack that impacted US government bodies and companies.

“Russia is not involved in such attacks, namely this one. We state this officially and firmly,” Kremlin spokesperson Dmitry Peskov told reporters on Monday.

He added that “any accusations of Russia’s involvement are absolutely baseless; they are more likely to be a continuation of blind Russophobia that is resorted to in case of any incident.”

Why developing cybersecurity education is key for a more secure future – Help Net...

A lot of Sims 4 players are annoyed about the new Star Wars Game...