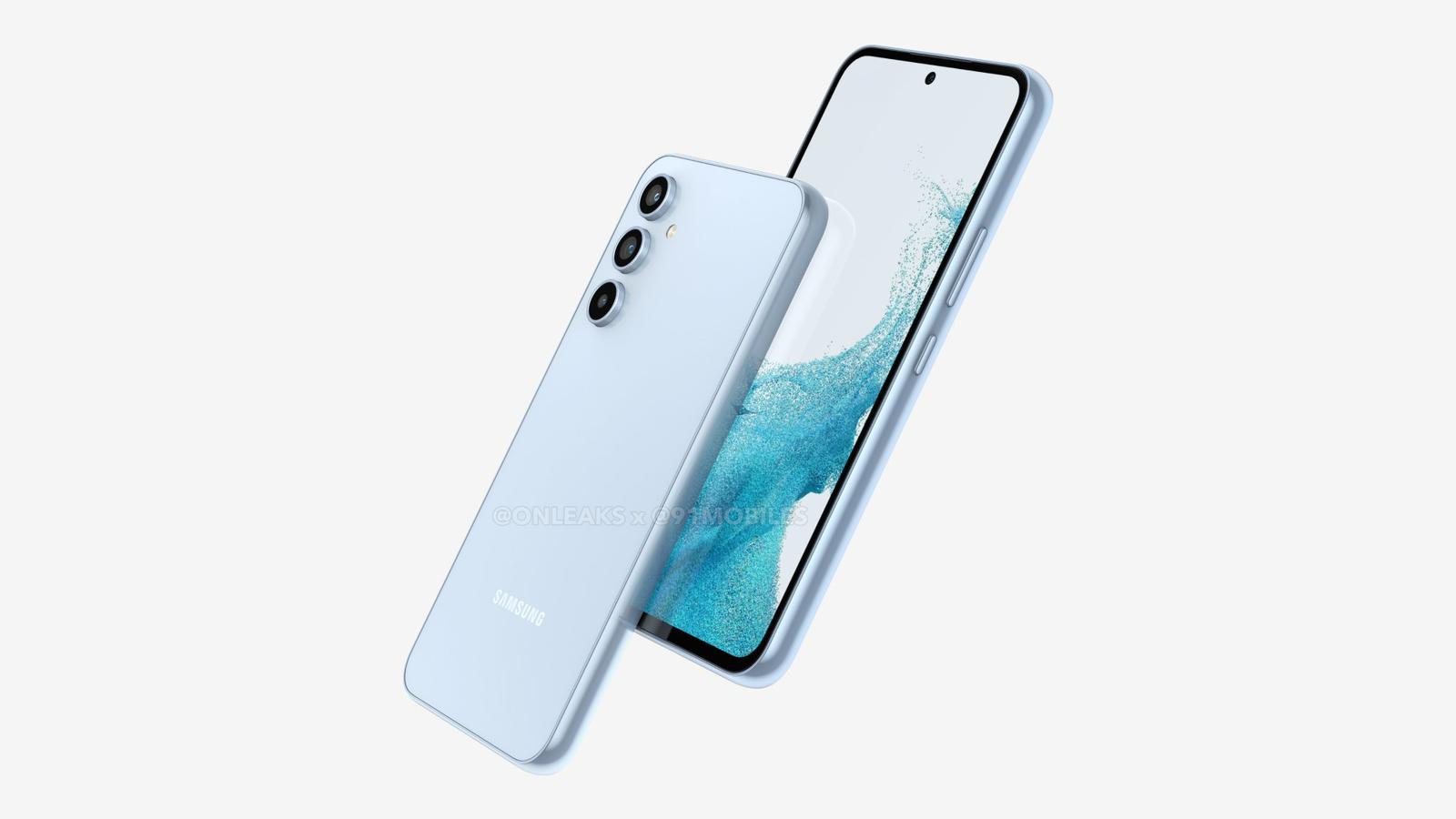 In addition to the high-end models of the S and Z series, Samsung also has a very successful mid-range, which is upgraded every year. The recently released models are Galaxy A33, Galaxy A53 and Galaxy A73. The first image of the Galaxy A53 successor has now surfaced.

Taken from published images Twitter-like onlicks, which reveals the design of the previously undisclosed Samsung Galaxy A54 5G. According to the leak, there is a 6.5-inch AMOLED display on the front. It can be assumed that Samsung will also maintain a refresh rate of 120 Hertz with this model. Like other Samsung smartphones, there is a single front camera at the top of the display that can be used for selfies or video calls.

The images suggest that Samsung uses plastic for the frame, as no visible antenna band is seen. On the right is the power button and volume rocker. The bottom has a cutout for the speaker, USB Type-C port, a microphone and a SIM slot.

Triple camera instead of quad camera

At the back, major changes from the previous model become visible for the first time. Samsung seems to be clearly following its own S series here. While the Galaxy A53’s quad camera is hidden in the camera hump, the Galaxy A54’s lenses protrude from the housing separately.

Additionally, this model apparently uses three cameras instead of four. Unfortunately, there is no concrete reason for this decision at this time. However, it stands to reason that Samsung would do without the two 5-megapixel sensors from the Galaxy A53. Whether this is the sensor for depth information or for macro shots remains to be seen.

the highest the mast

Apple has increased the price of iPhone SE

How to Drive Maximum Value from Automation Testing?