Update, August 28, 2020 (9:16 AM ET): Samsung has now confirmed the existence of the Galaxy S20 FE. Check the name and release date section for all the latest.

According to multiple reports, the company is currently working on a repeat of its Galaxy S10 Lite based on the Galaxy S20 range. Its official name is still up for debate, but whether it’ll be called the Galaxy S20 Lite or Galaxy S20 Fan Edition, here’s everything we think we know about the forthcoming affordable phone below.

The Galaxy S20 Fan Edition is reportedly under development with model numbers SM-G780 (global version) and SM-G781 (US version), according to a SamMobile report from June 11. The Galaxy S10 Lite released with model number SM-G770, so all signs point towards a sequel to that particular device.

What is now being referred to as the Galaxy S20 Fan Edition from multiple sources, was originally thought to be called the Galaxy S20 Lite. While it seems that the phone will still take its place on the lowest rung of Samsung’s flagship ladder, it’ll seemingly adopt a new moniker.

Related: Samsung Galaxy S series: A history of the biggest name in Android

The Fan Edition title was first used by Samsung on a re-released device based on the Galaxy Note 7. Samsung may not want to adopt the “Lite” again name as it implies inferiority. That said, the thought of a Fan Edition does remind us of Samsung’s troubled Note.

There were further suggestions made in a June 25 report by ETNews that the phone could come with S-Pen support and adopt the “Galaxy S20 Pen Edition” title, but it’s likely that this was a case of a mistranslation. This could point to a Note 10 Lite sequel instead, but considering the Galaxy Note 20 series hasn’t even launched yet, it may be too early for Samsung to be working on an even cheaper version.

We’ve been expecting the Galaxy S20 Fan Edition to draw design cues from its S20 sisters and if a leaked render is to be believed, it surely does. Tipster Evan Blass outed the render showing a familiar Infinity-O punch-hole display surrounded by thin bezels. You can see the leaked Galaxy S20 Fan Edition render below.

More renders spilled via PriceBaba and OnLeaks on August 17, which showcases the possible rear design of the device. While not confirmed, there’s a possibility the Galaxy S20 Fan Edition may employ the frosted plastic panel used on the Galaxy Note 20. Additionally, renders suggest three cameras will feature at the rear.

A SamMobile report on June 25 gave us an idea of the colorways we could expect too, namely blue, violet, and white. On July 23, Dutch tech publication GalaxyClub cited an additional three possible shades, including green, orange, and red. Renders posted to Evan Blass’ Patreon on August 18 (seen above) have revealed an even wider range of colorways set to grace the Galaxy S20 FE. At least six are showcased in the leak, including light shades of green, orange, and violet (or pink). There’s also a bright red, similar to the colorway used on the red Galaxy Note 20, joining a dark blue, and white option.

The Samsung Galaxy S20 Fan Edition could feature three different models. SM-G780 will reportedly release globally with and without 5G. Meanwhile, SM-G781 will only be available with 5G. All models are expected to feature Samsung’s upcoming One UI 2.5 skin layered over Android 10.

All will likely feature a microSD card slot carried over from the Galaxy S10 Lite, UFS 3.0 storage from the Galaxy S20 range, and an in-display fingerprint scanner too. It’s unlikely we’ll see a headphone port though — something the S10 Lite and S20 series both went without.

As far as processing power goes, the Snapdragon 865 will likely be used in the Galaxy S20 Fan Edition, considering Samsung used the Snapdragon 855 in the S10 Lite. It’s not clear if this option would be reserved for the rumored 5G SM-G781 model though. We wouldn’t rule out the possibility of the 4G devices launching with upper mid-range silicon instead.

ETNews and SamMobile previously reported that 6GB of RAM and 128GB storage could feature too, but we’ve yet to see a complete specs sheet. If the Galaxy S10 Lite is any indication, we could probably also expect a 512GB storage option with at least 8GB of RAM.

See also: The best phones with 8GB of RAM

GalaxyClub on July 23 reported that the S20 Fan Edition could feature a battery rated at 4,500mAh, which would be no change from the Galaxy S10 Lite. That’s 500mAh larger than the base S20 though.

For imaging, a July 20 report by The Elec details the phone’s possible camera setup. Three rear cameras are set to feature, but there’s no sign of a 64MP sensor or a 108MP sensor at all. Instead, users may have to settle for a 12MP primary snapper, a 12MP wide-angle camera, and an 8MP telephoto camera with 3x zoom. A 32MP selfie camera is set to feature in the punch-hole.

Certification documents from the NFC Forum were spotted by GSMArena on August 21, pointing to two possible variants of the Galaxy S20 FE. Although the model numbers SM-G781V and SM-G780F are mentioned, the listing doesn’t shed any light on the specifications of each.

That said, GSMArena does recognize these model numbers from earlier Geekbench listings. SM-G781V reportedly featured a Snapdragon 865 chipset, while SM-780F used the Exynos 990. Geekbench listings aren’t always the most reliable sources of information, so take this with a pinch of salt.

So, when can you snap up one of these Fan Editions? ETNews in June suggested an October launch date for the device.

A previously mentioned report by The Elec corroborated an October debut but also added a suggested price: $750. While this would make the S20 Fan Edition cheaper than the Galaxy S20’s $999 at debut, it would be a substantial increase over the Galaxy S10 Lite’s $650 price at launch and the ~$450 Galaxy A71.

Samsung does have an early September event planned to replace its IFA attendance, but it’s not yet clear if the Galaxy S20 Fan Edition will make an appearance there.

Next: Samsung Galaxy Note 20 buyer’s guide: Everything you need to know 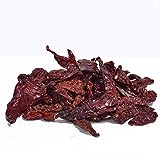 (34)
₹199.00 ₹149.00
【HD Clear】 Ceramic Guard with 9H screen hardness, matte screen protector is matte finish but also HD clear. While some poor quality matte Guard has poor clarity and transparency, we promise you never ... read more
(as of January 19, 2022 01:27 GMT +05:30 - More infoProduct prices and availability are accurate as of the date/time indicated and are subject to change. Any price and availability information displayed on [relevant Amazon Site(s), as applicable] at the time of purchase will apply to the purchase of this product.) 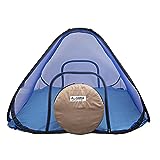 (21)
₹2,999.00 ₹1,299.00
PRODUCT INFO :- Shape: Oval (When Folded | Excellent for Meditation & Yoga | Target Audience :- Adult, Teen , Children | Travelling:- It's easy to fold provision makes it all the more without hassle |... read more
(as of January 19, 2022 01:27 GMT +05:30 - More infoProduct prices and availability are accurate as of the date/time indicated and are subject to change. Any price and availability information displayed on [relevant Amazon Site(s), as applicable] at the time of purchase will apply to the purchase of this product.)

(5)
₹999.00 ₹399.00 (as of n/a - More infoProduct prices and availability are accurate as of the date/time indicated and are subject to change. Any price and availability information displayed on [relevant Amazon Site(s), as applicable] at the time of purchase will apply to the purchase of this product.) 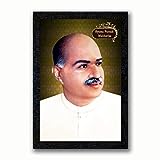 (38)
₹499.00 ₹429.00
Item Size: 14 inches X 20 inches Included Components:One UV textured print framed painting without glass Special Feature:Light weight quality with multi-effects Care Instructions:Water Splash Proof, E... read more
(as of January 19, 2022 01:27 GMT +05:30 - More infoProduct prices and availability are accurate as of the date/time indicated and are subject to change. Any price and availability information displayed on [relevant Amazon Site(s), as applicable] at the time of purchase will apply to the purchase of this product.)

(2)
₹1,170.00 ₹299.00
fabric : top:crepe, bottom :crepe, dupatta:poly cotton size : top:2.10mtr, bottom:2.25mtr,dupatta:2.10mtr work and design : digital printed unstitched free size material: customers need to stitch this... read more
(as of January 18, 2022 18:07 GMT +05:30 - More infoProduct prices and availability are accurate as of the date/time indicated and are subject to change. Any price and availability information displayed on [relevant Amazon Site(s), as applicable] at the time of purchase will apply to the purchase of this product.) 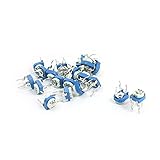 ₹4,849.00 ₹1,879.00
New & Imported item. Delivers within 3 to 5 weeks Product type - resistor Product name: variable resistor trimmer potentiometer; resistance value: 50Kohm Made in china
(as of January 19, 2022 01:27 GMT +05:30 - More infoProduct prices and availability are accurate as of the date/time indicated and are subject to change. Any price and availability information displayed on [relevant Amazon Site(s), as applicable] at the time of purchase will apply to the purchase of this product.)

Speed of Digital Transformation May Lead to Greater App Vulnerabilities

WhatsApp Video, Voice Call Buttons Tipped to Be in Testing on Desktop App