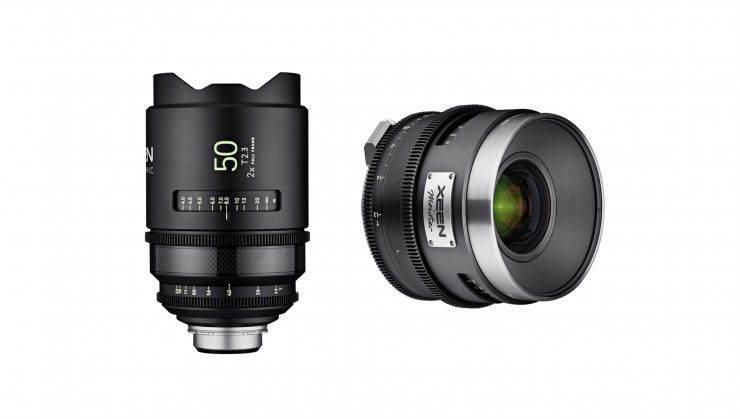 Samyang has released pricing and some new footage for its 50mm T2.3 XEEN Anamorphic and XEEN T1.3 Meister Primes. If you were expecting the usual Samyang / Rokinon pricing then you are going to be in for a shock.

The Samyang 50mm T2.3 XEEN Anamorphic retails for 19,999 USD. At the time of the announcement, I estimated that the lens may be priced around $ 4- $ 5K. This is clearly being targeted at a completely different audience than I was expecting. At $ 20K, this lens is designed to go head-to-head with offerings from Cooke and companies such as P + S Technik.

The XEEN T1.3 MEISTER Primes that come in focal lengths of 35,50, and 85mm are all 8,495 USD each. At this price, they are in direct competition with lenses such as the Tokina Vista Primes and the Canon Sumire primes.

It is interesting to see that Samyang / Rokinon is trying to move into a different sector of the market with the XEEN series.

The XEEN 50mm T2.3 2x anamorphic and the Meister T1.3 full-frame primes were announced by Samyang back in October last year.

Samyang (Rokinon) did unofficially announce that they were working on an anamorphic lens series quite a few years ago, and it certainly did take a long time to appear.

The first lens in the series is the 50mm T2.3 2x. The lens has been designed to cover full-frame sensors, however, it will cover an image circle of up to Ø 43.2mm. Once de-squeezed, the XEEN Anamorphic 50mm T2.3 lens can provide a 2.55: 1 original cinematic scope ratio.

Despite featuring some carbon fiber, this is not a light lens and it tips the scales at 3.9 kg / 8.50 lb.

The lens has a minimum focusing distance of 3.3 ′ / 1m. It has 15 aperture blades and a focus throw of 300 degrees. The front of the lens features an industry-standard 114mm diameter.

The 50mm T2.3 has focus and iris scales on both sides of the lens. It also features a luminous coating so you can see key information in low light working environments.

The 50mm T2.3 2x anamorphic will only be available in PL mount.

The XEEN Meister lenses are a new series of very fast full-frame prime lenses. They will be available in focal lengths of 35mm, 50mm, and 85mm. All three lenses feature a claimed T1.3 aperture. It will be interesting to see how the lenses perform when used wide open. Previous XEEN and Rokinon lenses have had some pretty bad chromatic aberration when used wide open.

Just like the XEEN 2x anamorphic, these lenses also cover a 43.2mm image circle and they have a 114mm front diameter. All three lenses feature 13 aperture blades and a 300-degree focus rotation. Focus and aperture values ​​are displayed on both sides of the lens.

What is interesting to see is that the new Meister series support the / i Technology protocol (PL mount only), which enables cameras to automatically record accurate lens metadata.

The XEEN Meister lenses will be available in PL, Canon EF, and Sony E mount.

Facebook Being Investigated in Germany Over Oculus Quest 2 VR Headset