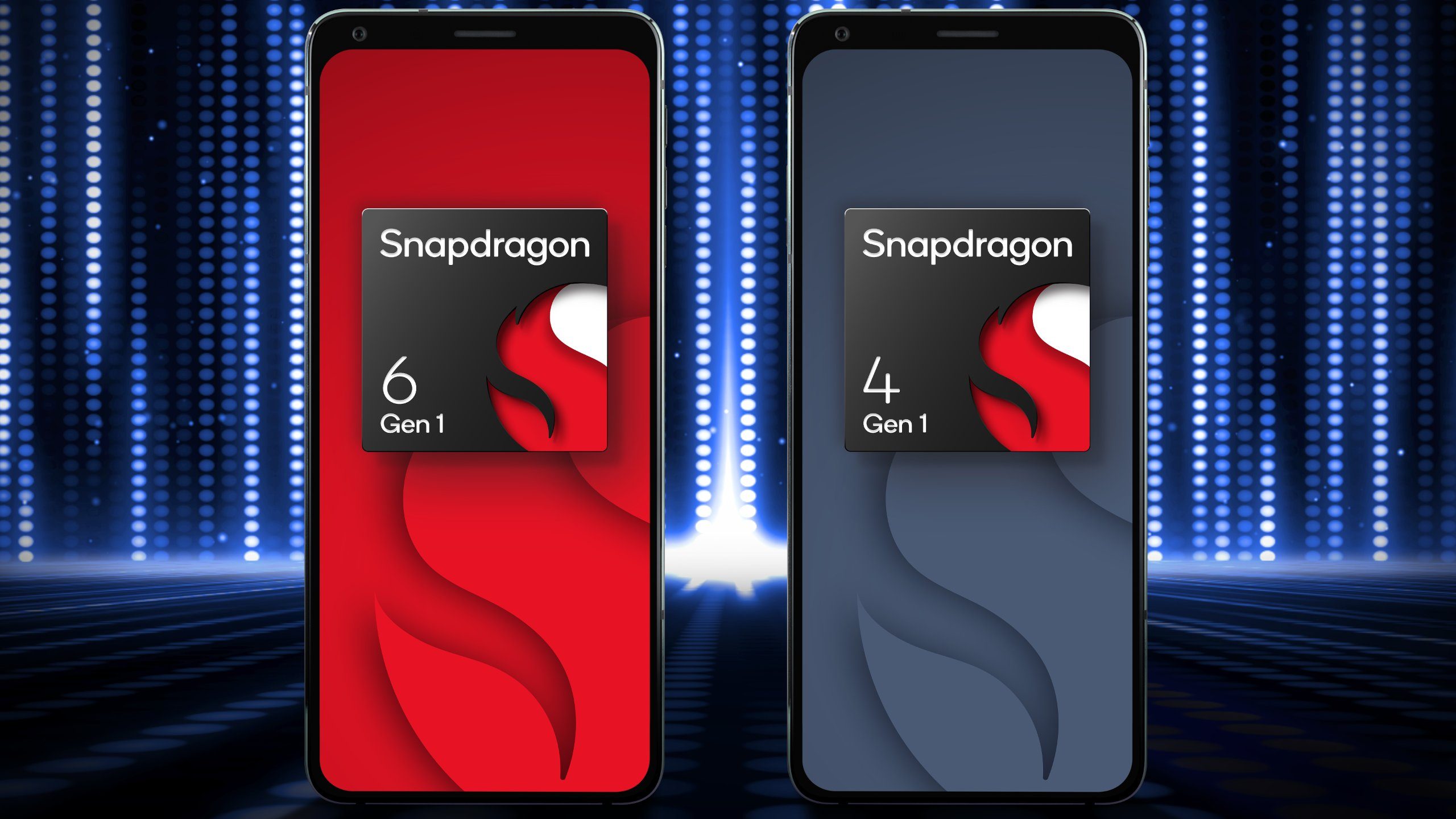 Apart from the previously leaked Snapdragon 6 Gen 1, Qualcomm today also launched the Snapdragon 4 Gen 1. All relevant Snapdragon series are now renamed. Both chips will be used in cheaper entry-level and mid-range smartphones.

In December 2021, Qualcomm introduced a new nomenclature for its processor with Snapdragon 8 Gen 1. After all, this is the end of potential name increases in almost all Qualcomm series for mobile platforms. Barring 5G modems, all product ranges of the US company now follow the new naming scheme With the concept of Snapdragon 6 Gen 1 And Snapdragon 4 Gen 1 (Almost) all series for smartphone chips are now called accordingly. The exception is the Snapdragon 2 series, but only two 2-series chips have appeared since 2017 – most recently in 2019. For sub-100 euro cell phones this series does not play a significant role for the European smartphone market anyway.

The new 6-chip follows the Snapdragon 695 from October 2021 and comes with Structure size of four instead of six nanometers It is currently unclear whether the chips will be manufactured by Qualcomm TSMC or Samsung. Although the Kryo CPU is clocked at up to 2.2 GHz, Qualcomm claims a performance improvement of up to 40 percent over its predecessor. No more details about the CPU, but it should again have eight cores. The Adreno GPU should work up to 35 percent faster.

The triple ISP (Image Signal Processor) has been further improved, as video recording in 4K resolution and photos of up to 200 megapixels are now possible. Incidentally, the Snapdragon X51 is no longer used as a 5G modem, but it is Snapdragon X62, which is also present in the Snapdragon 7 Gen 1. The new FastConnect unit brings support for Wi-Fi 6E and Bluetooth 5.2. The chip supports up to 12 GB of LPDDR5 RAM and includes a new NPU.

Smartphones with Snapdragon 6 Gen 1, internally called SM6450, should be according to Qualcomm From the first quarter of 2023 Appeared Motorola already suggested using this model.

In the 4 series, the new Snapdragon 4 Gen will replace the Snapdragon 480 from 1 January 2021. The Snapdragon 480+ is slightly more up-to-date, but slightly faster than the non-Plus model. Qualcomm has now chosen one Six nanometer manufacturing Decided – the predecessor was produced with eight nanometers.

The manufacturer claims 15 percent CPU performance and up to ten percent higher GPU performance. This increase is likely only due to more efficient manufacturing, as the maximum 2.0 GHz for the CPU has been respecified.

According to the data sheet, Qualcomm seems to be away from the triple ISP Nothing else has changed in the system-on-chip Yes ISP has increased the maximum photo resolution from 64 to 108 megapixels. The chip includes an X51 modem and FastConnect 6200 unit for 5G mobile communications. The latter supports Wi-Fi 5 (802.11ac) and recently Bluetooth 5.2 instead of 5.1. Unlike the Snapdragon 480’s data sheet, however, it specifically states that the FastConnect unit is “Wi-Fi 6 ready”. It is doubtful whether the corresponding smartphones will appear with support for Wi-Fi 6.

In the third quarter of 2022 According to Qualcomm, smartphones that have Snapdragon 4 Gen 1 can be expected. Vivo sub-brand iQOO, which is not represented in this country, intends to use the chip in the upcoming iQOO Z6 Lite.

LEGO and Transformers insist on giving up on the Optimus Prime set, a giggle...