If you’ve recently decided to get yourself a new iPad, you may be left a bit overwhelmed by all of the models that are available. You’d be forgiven for not even being sure which model is the newest. To the untrained eye, they often look nearly identical. Recently, however, there have been some major changes. We break down all the newest devices in Apple’s iPad lineup, explain what generation is the latest iPad, and expand on what makes each one stand apart from the others. To see which one’s for you, see our iPad buying guide.

Latest generation for each iPad category

Before we dive in, here’s a quick summary of what generation the latest iPads are in each category.

The new iPad looks pretty similar to the 2019 iPad, with its 10.2-inch screen and chunky bezels. Packing either 32GB or 128GB of storage, there’s support for the first-generation Apple Pencil, although buying one will set you back an extra $99 — as well as Apple’s Magic Keyboard. This iPad ships with iPadOS 14, which adds Scribble, a handwriting-to-text recognition feature that lets you use the Apple Pencil to take notes, sketches, and more. The new iPad has an A12 bionic processor and 32 watt-hour cell battery, with Apple promising up to 10 hours of battery life. It is heavier than the iPad Pro and the iPad Air, weighing in at 1.08 pounds, but you can still hold it in one hand for video calls or web browsing. With it coming in at just $329 for the 32GB model, you might think it’s a foregone conclusion that this is the best choice for you, but read on to be sure.

If you’re looking for a smaller-than-average Apple iPad, then the fifth generation of the iPad Mini is the tablet you want. At first glance, the iPad Mini 5 appears aesthetically identical to the iPad Mini 4 — and that’s because it is. It packs the same 7.9-inch display with the same resolution, and though it’s a great display, it’s hard not to feel disappointed when you see the edge-to-edge designs other tablets are adopting.

While those waiting for an iPad Pro-style redesign of the Mini range may be disappointed, anyone looking for a powerful tablet won’t be. The iPad Mini packs the same powerful A12 Bionic processor as the iPhone XS and XR series, and there’s 64GB of storage in the base model. That’s plenty of space for movies and loads of processing power for smooth performance in the latest 3D games, and paired with iPad OS 13.4 — which can be updated to the latest iPadOS 14 — your day-to-day experience on the device will be silky smooth. Keep in mind that with the iPad Mini you’ll be limited to the bottom speakers, so use headphones if you’re an audio-lover.

When it comes to power, the battery life was pretty good during our testing, but the charging speed really disappointed. On the plus side, it comes with eSIM support, and it’s also the smallest iPad that offers Apple Pencil support — though you’ll need a first-generation Apple Pencil. Still, if you’re looking for a powerful pint-sized tablet, then the $399 iPad Mini is absolutely what you want.

Launching at Apple’s Time Flies event alongside the new iPad, the iPad Air 4 has plenty in common with the iPad Pro when it comes to looks, thanks to its flat-edge design and slim bezels. It packs a 10.9-inch Liquid Retina screen, and under the hood you’ll find Apple’s latest A14 Bionic processor, which Apple promises provides a 40% improvement in CPU performance and a 30% increase in graphics performance. It’s the first of Apple’s devices to get this chip — with the iPhone 12 likely to be next in line.

If the standard iPad is for casual use and the iPad Pro is meant for serious enterprise, then the iPad Air 4 sits somewhere between the two. It boasts USB-C charging rather than Lightning, for up to ten times faster data transfer speeds, comes with 64GB or 256GB of storage, and is slimmer and lighter than the iPad, weighing just one pound. With support for Apple’s Smart Keyboard and the second-generation Apple Pencil — which is easier to hold, charge, and keep track of, and docks magnetically to the side of the tablet for charging — you can pick up the iPad Air 4 for $599 from Apple. If you’re looking for a step up from the standard iPad but not quite ready for an iPad Pro, the iPad Air 4 is an excellent choice.

We’ve finally made it to Apple’s most powerful iPads to date, and these are strikingly different from the others. With one glance you’ll notice the fourth-generation iPad Pro follows the same skirt design as Apple’s flagship phones. Aside from simply being the largest in the iPad lineup, the newest iPad Pro continues the tradition of being a powerhouse all-in-one tablet, bordering on the usability of a laptop. Apple has made sure this comparison is on your mind by offering a Magic Keyboard with full trackpad.

Apple has dressed up the internals as well, equipping the iPad Pro with its high-end A12Z Bionic chip that breezes through any heavy app or multitasking challenge you throw at it. The new iPad Pro also features a LiDAR scanner, which Apple says is for augmented reality applications. The tablet can come packed with up to 1TB of internal storage and sports a gorgeous retina display screen.

As with the recent iPhone models, the new iPad Pro is packing heat in the camera. The rear of the device is rocking a 12-megapixel main lens supported by a 10MP wide-angle lens. While it’s doubtful that you’ll be lugging your 12.9-inch $1,000 tablet around for photography purposes, Apple wants to make sure the power is there if and when you need it. Capturing images this good could be particularly useful in job applications out in the field.

That aside, if it’s the biggest and most powerful tablet in the world you’re after, look no further than the new iPad Pro. It’s so powerful, you may finally be able to leave the laptop at home.

While older generations of iPad may still be available at some major retailers, these latest versions make up Apple’s current lineup, and can be found on the Apple website. Ten years after iPad’s initial launch, sifting through each size and model to determine which iPad is best has become an arduous chore. We hope this guide will help you make the right decision when purchasing what’s objectively one of, if not the best tablet you can buy. 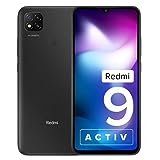 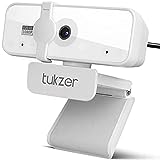 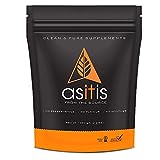 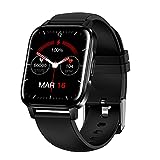 (1)
₹5,999.00 ₹3,299.00
{1.7” HD Display} Now every detail can be viewed crisp and clear. 1.7” bigger screen with ultimate brightness of 450 Nits providing a great experience with the watch {Advanced Realtek Chipset} Powered... read more
(as of December 3, 2021 19:54 GMT +05:30 - More infoProduct prices and availability are accurate as of the date/time indicated and are subject to change. Any price and availability information displayed on [relevant Amazon Site(s), as applicable] at the time of purchase will apply to the purchase of this product.) 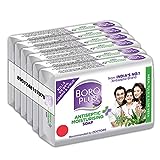 (2149)
₹325.00 (₹54.17 / count) ₹198.00 (₹33.00 / count)
Made of organic ingredients and gives you the benefits of two regular bathing soaps in one i.e. it softens and moisturizes your skin while killing 99.9% of the germs and viruses. The soap is enriched ... read more
(as of December 3, 2021 11:46 GMT +05:30 - More infoProduct prices and availability are accurate as of the date/time indicated and are subject to change. Any price and availability information displayed on [relevant Amazon Site(s), as applicable] at the time of purchase will apply to the purchase of this product.) 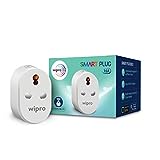 (6074)
₹2,290.00 ₹1,073.00
Material: Polycarbonate, , Color: White Item Dimension: 6.35mm x 5.08mm x 8.1mm 1Year Smart Plug – Suitable for heavy appliances like AC, Geyser etc. Wireless Control – Control electrical devices from... read more
(as of December 3, 2021 10:26 GMT +05:30 - More infoProduct prices and availability are accurate as of the date/time indicated and are subject to change. Any price and availability information displayed on [relevant Amazon Site(s), as applicable] at the time of purchase will apply to the purchase of this product.) 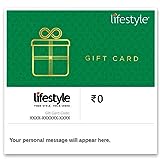 (4243)
₹10,000.00
This E-gift card is valid for a period of 1 year from the date of issue. To claim the E-Gift card, please share only the Gift Voucher code (sent in the e-mail) and pin at billing desk. E-Gift card can... read more
(as of December 3, 2021 16:35 GMT +05:30 - More infoProduct prices and availability are accurate as of the date/time indicated and are subject to change. Any price and availability information displayed on [relevant Amazon Site(s), as applicable] at the time of purchase will apply to the purchase of this product.)

(3886)
₹34,900.00 ₹20,700.00
#1 AIR PURIFIER: Coway, a South Korean Brand, is loved across the world for its unique technology, award-winning design and user friendly Air Purifiers. BEST SELLER AIR PURIFIER: Today, "Coway Air Pur... read more
(as of December 3, 2021 10:26 GMT +05:30 - More infoProduct prices and availability are accurate as of the date/time indicated and are subject to change. Any price and availability information displayed on [relevant Amazon Site(s), as applicable] at the time of purchase will apply to the purchase of this product.) 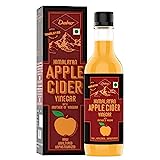 (9557)
₹370.00 (₹74.00 / 100 ml) ₹181.00 (₹36.20 / 100 ml)
Made from the juice of best quality apples grown in the orchards of pristine hills of the Himalayas It is 100% natural , raw, unfiltered and unpasteurized with genuine mother of vinegar content and is... read more
(as of December 3, 2021 11:46 GMT +05:30 - More infoProduct prices and availability are accurate as of the date/time indicated and are subject to change. Any price and availability information displayed on [relevant Amazon Site(s), as applicable] at the time of purchase will apply to the purchase of this product.)