This camera is clearly being targeted at beginners, Vloggers, and anyone needs a compact and lightweight full-frame mirrorless camera. This is not a camera that is being targeted at professional users. If you are looking for a full-frame mirrorless camera that can record 4:2:2 10-bit internally and that can do UHD at up to 60p this isn’t the camera for you.

Above you can watch the product announcement from Sony.

Sony claims the camera is using the same monocoque structure used in cars and aircraft. The camera has a full magnesium alloy body. In addition to the top cover, front cover, and inner frame, the rear cover is also made of lightweight and highly rigid magnesium alloy.

The main operation buttons and dials are sealed, and the seams of each cabinet part are made uneven to create a double structure. The entire body is claimed to be effectively sealed, with a dust-proof and drip-proof design

The a7C uses a 35mm 24.2MP full-frame back-illuminated Exmor R CMOS sensor along with a BIONZ X image processing engine. Sony claims that the camera has 15 stops of dynamic range.

The camera uses a full pixel readout from 6K to produce a non line skipped oversampled UHD image. You can choose to shoot in either full-frame or a APS-C mode.

There are NO RECORDING TIME LIMITATIONS. which is nice to see. The camera is also PAL/NTSC switchable.

The a7C also features focus peaking where you can change the color from red, yellow, or white. There is also focus magnification available from 1x, 2x, 3x, and 4x. There is also a Gamma Display Assist that you can use when monitoring S-Log or HLG. The camera does have timecode.

If you want to see more video examples of the camera you can above, although they are in Japanese. You can usually tell who the target audience is based on the type of videos that are presented by Sony.

What does it output over HDMI?

Who knows, but Sony states that there is an “Automatic power off temperature” setting that you can activate.

You can set the temperature at which the camera automatically turns off when shooting. By setting the automatic power-off temperature to “high”, Sony claims that you can shoot videos for a longer time.

Apparently, even if [Automatic power off temperature] is set to [High], the recordable time may not change depending on the environment and camera temperature.

The camera has a slightly retro design but Sony look to have kept everything functional and made the camera easy to use and operate. This is important given the target audience of this camera.

What is nice is that Sony has actually incorporated a small built-in EVF. The XGA OLED Tru-Finder (2.35 million dots) uses organic EL. You can select the finder frame rate from “Standard (60fps)” and “High speed (120fps)”.

The camera has all the usual Sony autofocus functionality that you would expect, including face and eye detect, however, animal eye detect does not work when shooting video.

The camera is equipped with 5-axis In-Body Stabilization that is claimed to provide up to 5 stops of shake correction. In-body camera shake correction can be used not with native E-mount lenses but also with any other lens that you use through an adaptor.

The camera has a built-in 3.5mm microphone jack and a headphone jack. The camera also supports the Sony XLR-K3M audio adapter through the built-in MI shoe.

There is also a built-in stereo microphone.

Sony has never been known for having good menus, and I don’t think you will see any drastic changes with this camera. However, Sony has added a few new features.

The a7C uses an NP-FZ100 battery that Sony claims allows the camera to continuously record video for up to 220 minutes. The camera also features support for the multi-battery adapter kit (NPA-MQZ1K) that can store up to 4 batteries to long-time shooting.

You can also attach a USB power bank through the USB Type-C port on the camera that will let you power the camera even when recording.

The a7C features a newly developed shutter unit that uses a small electromagnetically driven shutter. In addition, there are carbon fiber shutter curtains that are claimed to not only help reduce weight but also make the shutter mechanism more robust.

For $1,798 USD the a7C appears to be a little overpriced given its capabilities. If you look at the recently announced Panasonic S5 there is a lot more to like for an extra $200 USD if you are looking for an entry-level full-frame mirrorless hybrid for video shooting.

The camera will have good autofocus, good battery performance, and that would also make it very suitable for use as a live stream camera.

Like what we do and want to support Newsshooter? Consider becoming a Patreon supporter and help us to continue being the best source of news and reviews for professional tools for the independent filmmaker. 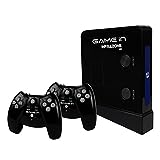 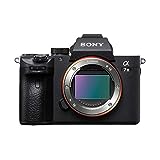 ₹ 1,54,990.00
Standard ISO range from 100 to 51200 15-stop dynamic range at low-sensitivity settings 14-bit RAW Output for natural gradations 5-axis optical in-body image stabilization 4D FOCUS – Wide, Fast, Steadfast, AF performance inherited from α9 Tenacious AF... read more
(as of November 21, 2020 - More infoProduct prices and availability are accurate as of the date/time indicated and are subject to change. Any price and availability information displayed on [relevant Amazon Site(s), as applicable] at the time of purchase will apply to the purchase of this product.)

Why is Suikoden such a big deal?

How phishing attacks are targeting schools and colleges

Dutch ‘87 and a Free Trial Coming to Predator: Hunting Grounds