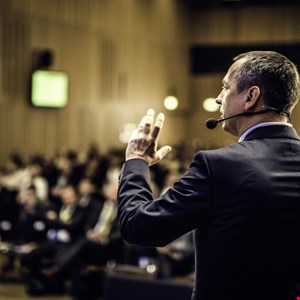 A new report by Ensono has found that tech conferences are geared specifically toward men and are bad at providing an inclusive experience for women of color.

The “2020 Speak Up” report audited 18 major tech conferences from around the world and, in December 2019, surveyed 500 women from the US and the UK who attended a tech conference in the previous 12 months.

Researchers found that women of color made up only 8% of keynote speakers at tech conferences over the last 3 years. Of the women of color who spoke at conferences, 80% said they were the only woman on the panel who wasn’t white.

When it came to experiencing discrimination at a tech conference, 43% of white women said that they had encountered this issue, compared to 59% of women of color.

Of the 59% of women of color who experienced discrimination, 63% said it was race-based, compared to 47% who said it was gender-based.

One survey respondent said: “I have frequently been ignored or assumed to be a secretary or personal assistant because I am female. Men have talked directly to the male accompanying me even though he is my subordinate.”

The study found that conferences were designed with men in mind, with podiums and projectors placed too high, clip-on mic set-ups geared toward lapels and pockets, and bar stools offered that do not allow a wearer of an above-the-knee skirt or dress to sit modestly.

“Design bias takes a toll on women by making it more tiring, difficult and inconvenient to perform the same tasks that men do,” noted researchers.

Tech conference restroom arrangements were similarly found to favor men. Only 24% of survey respondents said they had been to a conference with on-site facilities for nursing mothers, and some women reported attending conferences where there were no women’s bathrooms at all.

The report’s authors called for tech conferences to include a provision for anonymous reporting of sexual harassment.

“Sadly, nearly half of sexual harassment victims and witnesses in our study didn’t report because they were afraid of retaliation from other conference attendees,” wrote researchers.

Source of Madness: trailer and data from roguelite lovecraftiano for console and pc