Tell Me Why is an engrossing narrative adventure that pushes inclusivity to the forefront, setting a new benchmark for queer representation in the blockbuster space. As a transgender person, this is the level of research and respect that I anticipate from games going forward, and knowing it has the backing of Xbox Game Studios gives me that hope.

DONTNOD Entertainment has been breaking boundaries when it comes to representation since the original Life is Strange. It has created a range of broad, nuanced characters that identify as gay, bisexual and with the arrival of Tell Me Why – transgender.

Such inclusions haven’t been perfect though, with its previous games expecting you to choose between killing your entire family or watch the girl you love die as the final decision, or neglect your sibling in favour of an underdeveloped gay romance.

These felt like misguided missteps even if the intention was pure, mistakes which thankfully aren’t repeated in Tell Me Why. In fact, this is arguably the tightest narrative adventure the studio has ever created, using its shorter duration to ensure the dramatic story is told with far greater finesse and focus on its ambitious themes.

Developed with the backing of Xbox Games Studios, Tell Me Why is a deep, harrowing and wonderfully progressive experience with a loving focus on family, community and accepting who you are in the face of criticism. It fumbles at times, but remains a bold step forward for DONTNOD’s potential as a virtual storyteller.

Tell Me Why follows the lives of Tyler and Alyson Ronan, two siblings who are reuniting after a traumatic event separated them ten long years ago. Imprisoned after supposedly killing his mother as a child, Tyler has grown up away from his family, forced to adapt to his identity as a transgender man alone and with a lacking support network.

Despite these obstacles, Tyler has emerged as a strong, confident person with a future he wants to pursue, even if it means leaving behind those who were once important to him. Upon reuniting with his sister, the duo seek to sell their childhood home, a bastion of mixed memories that looms over them like an otherworldly spectre.

Unfortunately, the act of abandoning their roots drags them back into the past, with the twins coming to realise they are capable of reliving past memories, communicating with one another telepathically as they slowly come closer to unearthing the mystery behind their late mother’s passing. It’s a compelling journey with several twists and turns across Tell Me Why’s three chapters, culminating in a final act that is easily one of DONTNOD’s best. Taking place in the quaint Alaskan town of Delos Crossing, Tell Me Why benefits from its more intimate scale. The entire game takes place across a small selection of locations, with every named character playing a vital role in the overall narrative. You’ll come to care for them, learning of their motivations and how the death of a mother once thought unimportant had lasting consequences on the lives of so many people.

You play as Tyler and Alyson throughout each chapter, swapping between them and learning the unique perspective they have on events. Each twin has a different interpretation of the past, and having to side with one of them while maintaining their bond as siblings makes for some excellent dramatic moments, and several dialogue decisions can have a huge impact on the plot you initially won’t suspect.

I opted for decisions that felt realistic in the face of an adversity. Tyler may have been away from his sister for years, but he still grew up in a supportive environment, bringing other LGBT people under his wing across support groups and community activities in Fireweed Youth Camp. While his isolationist upbringing may have changed his outlook, Tyler still cares about people, since he knows exactly how it feels to be shunned and excluded. While I can’t speak of Tell Me Why’s greatest moments in fear of spoilers, it hurls you into some neat situations awash with pressure, yet they feel realistic in the context of this small town adventure. You’ll peruse a police archive for files relating to your past against the clock, or cause a distraction in the local supermarket before sneaking into an office.

On their lonesome these might sound painfully boring but Tell Me Why provides them with narrative consequences that make you care, and while the dialogue is still cringe-inducing at times, it’s a higher level of quality compared to what came before it. Supernatural tomfoolery aside, the circumstances around the central mystery feel relatable, especially with how the plight of its queer characters are depicted.

As a transgender person myself, I’m far too familiar with queer identities being framed through tragedy or as a bigoted punchline in a number of mediums. We’re seldom allowed to be happy or feel proud about our existence in the wider world, but Tell Me Why supersedes this quandary with the excellent depiction of Tyler Ronan. Tyler’s identity as a transgender man isn’t a result of childhood trauma, or a similar event which has forced him to change into something he isn’t. He’s a man, and always has been, and this notion is reinforced again and again throughout Tell Me Why as he confronts bigots and talks about the excitement he has for top surgery and further developments in the years to come.

While you’ll confront bigotry throughout Tell Me Why in the form of ingrained societal attitudes and generational divides, they’re always painted as the wrong opinion, backwards ideals that have no belonging in the world you inhabit. But just like in reality, these people exist, and we need to speak up against those who seek to discriminate if we hope to move forward and make the world a better place.

Tyler’s deadname (the identity possessed pre-transition) isn’t mentioned once throughout the entire game, which put a massive smile on my face. This, alongside a number of other surprising developments prove that DONTNOD has done its research here, ensuring it is respecting diverse identities and giving them a worthwhile place to shine. I see this as a new benchmark for the medium in a lot of ways, particularly in the AAA space. While I adore much of what Tell Me Why achieves, it does falter somewhat in its second episode. The central mystery loses some of its momentum, and the cliffhanger ending doesn’t leave enough questions lingering in the distance to keep us guessing. This is unfortunate, since the final chapter is easily the game’s strongest, filled with unexpected revelations and some truly heart-wrenching decisions to make.

The shorter format is certainly stronger than five episodes dominated by filler, but it feels like DONTNOD is still finding its feet in some regards, or perhaps required some stronger supporting characters to stand alongside the stellar lead siblings. Tell Me Why’s trio of chapters releasing across three weeks softens the blow, since players won’t be waiting months for a resolution.

But I feel these weaker moments are worth enduring, since even the quiet instances are filled with engaging snippets of character development that really help the inhabitants of Delos Crossing feel alive. The world building is exquisite, whether you’re partaking in optional conversations or interacting with random objects strewn about the place. Tell Me Why takes solace in the smaller, more personal glimpses into the lives of its characters. You’ll often be greeted with the opportunity to simply sit down next to someone and see how they’re doing, delving into the ongoing events and seeing how they’re affected. Given how the main narrative delves into mental health and emotional trauma in some fairly harrowing yet well-handled ways, it’s a relief to stew in such brief moments of solitude.

Tell Me Why is an engrossing narrative adventure that pushes inclusivity to the forefront, setting a new benchmark for queer representation in the blockbuster space. As a transgender person, this is the level of research and respect that I anticipate from games going forward, and knowing it has the backing of Xbox Game Studios gives me that hope.

While the second chapter is somewhat underwhelming, Tyler and Alyson’s journey manages to pull you in regardless of its shortcomings, even if at times I wanted DONTNOD to be somewhat more consistent with the story it wanted to tell. This likely won’t convert sceptics of the studio’s previous work, but it’s certainly a worthy addition to its legacy. 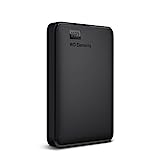 (17791)
₹7,905.00 (₹3,952.50 / TB) ₹5,249.00 (₹2,624.50 / TB)
Ultra-fast data transfers High capacity WD quality and reliability Maximum transfer rates - when connected to a USB 3.0 port, WD Elements portable drive delivers ultra-fast data transfer rates Compati... read more
(as of November 30, 2021 18:12 GMT +05:30 - More infoProduct prices and availability are accurate as of the date/time indicated and are subject to change. Any price and availability information displayed on [relevant Amazon Site(s), as applicable] at the time of purchase will apply to the purchase of this product.) 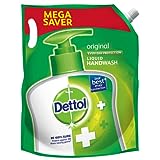 (66134)
₹209.00 (₹13.93 / 100 ml) ₹199.00 (₹13.27 / 100 ml)
Natural cleansers: Contains more than 85% naturally derived ingredients and plant derived cleansers, Contains no TCC or Triclosan Antibacterial formula provides 10x better germ protection for hygienic... read more
(as of November 30, 2021 18:12 GMT +05:30 - More infoProduct prices and availability are accurate as of the date/time indicated and are subject to change. Any price and availability information displayed on [relevant Amazon Site(s), as applicable] at the time of purchase will apply to the purchase of this product.) 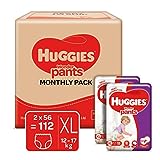 (146686)
₹2,199.00 (₹19.63 / count) ₹1,493.00 (₹13.33 / count)
Diaper pants with 3-D Bubble-Bed provides ultimate cottony softness to your baby’s skin A flexible waistband means baby has the freedom to move in a snug and comfortable fit Bubble Wala Huggies absorb... read more
(as of November 30, 2021 09:15 GMT +05:30 - More infoProduct prices and availability are accurate as of the date/time indicated and are subject to change. Any price and availability information displayed on [relevant Amazon Site(s), as applicable] at the time of purchase will apply to the purchase of this product.) 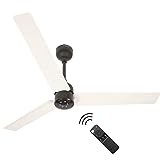 (12991)
₹4,750.00 ₹3,396.00 (as of n/a - More infoProduct prices and availability are accurate as of the date/time indicated and are subject to change. Any price and availability information displayed on [relevant Amazon Site(s), as applicable] at the time of purchase will apply to the purchase of this product.) 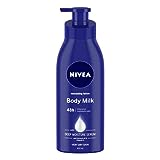 (38645)
₹339.00 (₹84.75 / 100 ml) ₹239.00 (₹59.75 / 100 ml)
Long Lasting moisturisation: The Nivea Deep Moisture Serum formula gives you moisturised skin for up to 48 hours. Natural Ingredients: Almond oil and vitamin E nourish & repair the skin from deep with... read more
(as of November 30, 2021 18:12 GMT +05:30 - More infoProduct prices and availability are accurate as of the date/time indicated and are subject to change. Any price and availability information displayed on [relevant Amazon Site(s), as applicable] at the time of purchase will apply to the purchase of this product.) 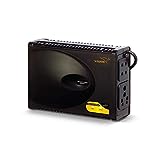 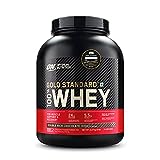 The Best Smart Home Devices of 2020

What3words embedded into Here mapping for even better destination navigation

Is Google’s acquisition of Fitbit the death knell for Wear OS?