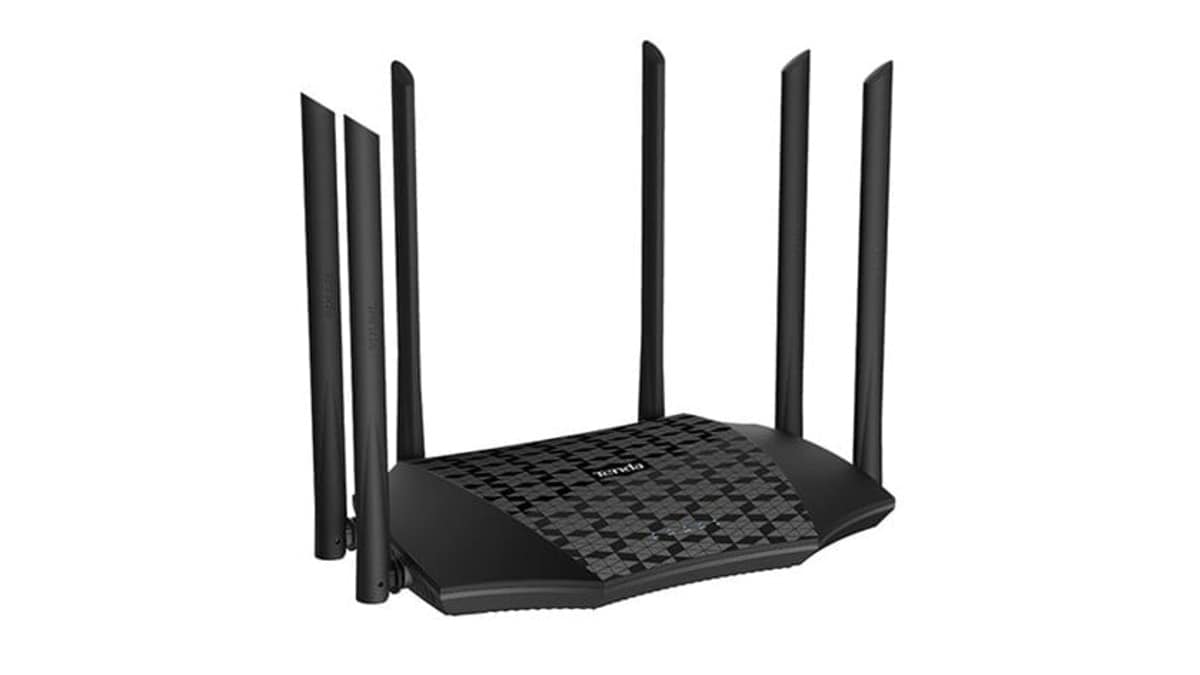 Tenda AC21 smart dual-band gigabit Wi-Fi router has been launched in India as the latest AC2100 router offering from the company. The wireless router supports 802.11ac wave2 Technology and can provide Wi-Fi speeds of up to 2,033Mbps. It is equipped with the latest 4X4 MU-MIMO technology of 5GHz band for wider Wi-Fi coverage and faster Wi-Fi speeds. The Tenda AC21 router has a 28nm 1GHz CPU with a 500MHz co-processor. The router has a built-in signal amplifier that uses both 2.4GHz and 5GHz bands.

According to Tenda, the AC21 AC2100 smart dual-band gigabit wireless router will be sold via Amazon at an introductory price of Rs. 7,999; however, none of the sellers are offering it below Rs. 9,880 right now. It comes in a single black colour option..

Coming to its features, the Tenda AC21 comes equipped with full gigabit ports that can support bandwidths up to 1000Mbps. It also supports 802.11ac wave2 Technology and provides Wi-Fi speeds up to 2033Mbps (2.4 GHz: 300Mbps, 5GHz: 1733Mbps). It is the first router from Tenda to use 6×6 dBi external antennas and four data streams of 5GHz band to provide a better 5GHz Wi-Fi signal. As mentioned, it is equipped with the latest 4X4 MU-MIMO technology of 5GHz band, has a 28nm 1GHz CPU equipped with 500MHz co-processor, and an in-built signal amplifier used both on 2.4GHz and 5GHz bands of AC21.

The new Tenda AC21 is also equipped with the MU-MIMO and Beamforming+ Technology for better coverage and stability. This technology increases the quality of connected clients and data processing and boosts range for 802.11ac wave2 Wi-Fi devices. It also supports IPv6 for better gaming experience and the router pairs with the ‘Smart Tenda Wi-Fi’ app for remote controls in real-time.

The wireless router is designed to provide Wi-Fi to up to 30 different devices simultaneously. The Tenda AC21 has a new ‘Smart Traffic Prioritisation’ feature that combines both 2.4GHz and 5GHz under one Wi-Fi name. It automatically analyses the surrounding Internet environment optimising the Wi-Fi channel/bandwidth while avoiding interference to provide faster signal frequency.

How to find the best deals during online sales? We discussed this on Orbital, our weekly technology podcast, which you can subscribe to via Apple Podcasts, Google Podcasts, or RSS, download the episode, or just hit the play button below.

Tasneem Akolawala
Tasneem Akolawala is a Senior Reporter for Gadgets 360. Her reporting expertise encompasses smartphones, wearables, apps, social media, and the overall tech industry. She reports out of Mumbai, and also writes about the ups and downs in the Indian telecom sector. Tasneem can be reached on Twitter at @MuteRiot, and leads, tips, and releases can be sent to [email protected]
More

Google Pixel, the most popular replica of e-Fixit with iFixit – Cellulars.it