While expensive flagship smartphones grab all the headlines, there’s a booming market for budget phones in the UK, which are great if you want to save some cash. While you won’t receive all the latest bells and whistles, cheap phones still offer competitive performance, camera quality, and extra features without breaking the bank.

Read more: Where to buy phones in the UK | Best UK mobile network

If you’re sick of forking out a small fortune for every phone, or you’re looking for an inexpensive first foray into the world of Android, you’re in luck. Here are some of the best phones under £200 you can buy in the UK.

Editor’s note: We will update this list of the best phones under £200 as new ones launch. It’s easy to get lost in the ever-confusing sea of entry-level smartphones from Redmi. However, this one stands out thanks to its great on-paper value for money.

The Redmi Note 9 sits comfortably under £200 and comes with a total of five cameras, a Full HD+ display, a huge battery, and the latest Android operating system.

You get dual-SIM support, microSD expansion, a 3.5mm headphone jack, and a Gorilla Glass 5 display. Also offered are 18W fast charging and 9W reverse charging which could come in handy if a friend’s phone needs a quick top-up. This shouldn’t be much of a problem for the Note 9 since it comes with a massive 5,020mAh battery. Realme is one of the fastest-growing brands in the smartphone space, focusing mainly on the budget segment. The Realme 7 is the company’s take on a sub-£200 smartphone and packs in a fair few features for the price.

Powering the Realme 7 is Mediatek’s Helio G95 chip which, while not blazing fast, is enough to keep the device running smoothly. Accompanying this is 6GB of RAM and 64GB of storage. There’s a 6.5-inch 1080p 90Hz IPS display which makes for a solid content-consumption experience and a sizeable 5,000mAh battery to keep the phone going well past a day of usage.

The Realme 7 has great battery life and solid performance.

Realme included 30W Dart Charge with the Realme 7 which provides a claimed 50% charge in just 26 minutes. In a pinch, this could be incredibly convenient to top up so quickly.

The rear of the device presents four total cameras, though the only two you should really care about are the 48MP main sensor and 8MP ultra-wide camera. The former can shoot Ultra HD 30fps video and 1080p 120fps slow motion. The 16MP selfie camera is capable of capturing 1080p video at 30fps, too.

Overall, the Realme 7 is a solid option for those in the market for a sub-£200 with great battery life and solid performance.

Motorola’s G-series phones have been a mainstay of the UK’s mid-range for years now and the Moto G8 is another winner for the venerable budget family.

The low-resolution 6.4-inch display isn’t the best out there and the Snapdragon 655 won’t win any speed tests, but the Moto G8 does come with a few unexpected perks like a triple camera (standard, ultra-wide, and macro), a fingerprint sensor, and a clean software experience. Xiaomi’s Pocophone or “Poco” line has become synonymous with superb value-for-money. The Poco X3 NFC is no exception to this rule.

For £199, you get a big, bright IPS 120Hz display, solid performance, long-lasting battery life, and a decent selection of cameras. Benefiting the multimedia consumption experience are the excellent hybrid stereo speakers and included headphone port.

We called the Snapdragon 732G “good enough” in our Poco X3 NFC review. With 6GB of RAM and 64GB of storage, there’s enough to keep the phone feeling fluid through most tasks. Gamers will need to pony up for the flagship-killer Poco F2 Pro.

The Poco X3 NFC is fantastic as long as you can live with in-software ads.

The 5,160mAh battery allows the phone to last well over a day of usage. Backed by 33W fast charging, the X3 NFC does well to keep up with the competition, charging the device from 0% to 100% in 63 minutes.

What allows such a great spec sheet for £199 is the software compromise. Xiaomi included in-OS ads which while not super intrusive, do make the phone feel less “premium.”

Overall, the Poco X3 NFC is a fantastic device for the money as long as you can put up with the in-software ads.

The Galaxy A21s is one Samsung’s better budget smartphones and offers plenty for its £179 price tag.

The large 6.5-inch display is interrupted only by a small punch hole in the top left-hand corner and is surrounded by relatively thin bezels. Along with the included headphone port, this large size makes it great for watching films on the go.

On the back of the phone, there are four cameras. Two of these are a 48MP main camera and an 8MP ultra-wide camera. Combined with the 13MP selfie camera, the setup looks pretty complete for a phone in this price range.

The massive 5,000mAh battery offers long-lasting battery life and Samsung includes a 15W charger in the box. All these things combined make the Galaxy A21s one of the best phones under £200 you can get.

Overall, for well under budget, the Galaxy A21s is a great option for those in the market for a cheap and cheerful smartphone.

The OnePlus Nord N100 is the firm’s cheapest smartphone ever. It’s essentially a re-branded Oppo A53 which means that it has a large battery that lasts two days.

The front features a 720P 90Hz IPS display, a punch hole camera, and some thin-ish bezels. The rear presents three cameras, a capacitive fingerprint-reader, and some OnePlus branding. The body is made of plastic to keep costs low so the Nord N100 doesn’t feel incredibly well made.

The four total cameras comprise of a 13MP main sensor, 2MP macro, 2MP depth sensor, and an 8MP selfie camera. The camera performance is adequate for the price, though doesn’t stand out as particularly strong.

What does stand out is the battery life. The Nord N100 managed us two days of usage in our review period with some rather heavy usage. For those who occasionally check social media and use text messaging, expect three or even four days. This phone has strong endurance.

OnePlus included some creature comforts like a headphone port, fast fingerprint scanner, and microSD expansion. Overall, the Nord N100 is a decent smartphone for £179.

It’s hard to choose just one phone from Nokia‘s increasingly confusing portfolio of mid-range and entry-level phones, but the Nokia 6.2 just about edges out the competition right now.

The Nokia 6.2 may not have the raw power of some other phones under £200, but it looks far more premium thanks to its high-tech polymer build. You also get a Zeiss triple-camera with a 16MP main shooter, 5MP depth sensor, and an 8MP wide-angle camera.

Throw in 64GB of expandable storage, 4GB RAM, and the near-stock Android One software and you’ve got yourself a great phone. 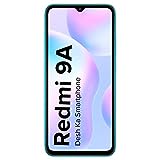 (13832)
₹ 8,499.00 ₹ 6,999.00
Country Of Origin - India, China 13MP rear camera with AI portrait, AI scene recognition, HDR, pro mode | 5MP front camera 16.58 centimeters (6.53 inch) HD+ multi-touch capacitive touchscreen with 1600 x 720 pixels resolution, 268 ppi pixel density a... read more
(as of February 28, 2021 - More infoProduct prices and availability are accurate as of the date/time indicated and are subject to change. Any price and availability information displayed on [relevant Amazon Site(s), as applicable] at the time of purchase will apply to the purchase of this product.)

(3003)
₹ 15,990.00 ₹ 11,990.00
12+2+2MP triple rear camera (12MP main camera+2MP macro lens+2MP depth camera) with Portrait bokeh, macro lens, dazzle color mode, AI beautification | 8MP front camera 16.5 centimeters (6.5-inch) waterdrop multi touch screen with an 89% screen to bod... read more
(as of February 28, 2021 - More infoProduct prices and availability are accurate as of the date/time indicated and are subject to change. Any price and availability information displayed on [relevant Amazon Site(s), as applicable] at the time of purchase will apply to the purchase of this product.)

₹ 999.00 ₹ 749.00
Material: synthetic shoes for men Outdoor multipurpose shoes fully adjustable Closure type: lace up and slip on Lifestyle:casual or everyday Care instructions: allow your pair of shoes to air and de-odorize at a regular basis, this also helps them re... read more
(as of February 28, 2021 - More infoProduct prices and availability are accurate as of the date/time indicated and are subject to change. Any price and availability information displayed on [relevant Amazon Site(s), as applicable] at the time of purchase will apply to the purchase of this product.) 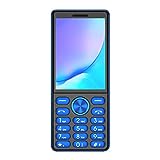 ₹ 4,999.00 ₹ 648.00
UNIVERSAL WORLDWIDE CHARGING - This travel adapter Accepts Plugs from More than 150 Countries with US/EU/UK/AU european Plugs like Thailand, New Zealand, Israel, Italy, Rome, France, Spain, Canada, China, Australia, India, Hong Kong, Argentina, Peru,... read more
(as of February 28, 2021 - More infoProduct prices and availability are accurate as of the date/time indicated and are subject to change. Any price and availability information displayed on [relevant Amazon Site(s), as applicable] at the time of purchase will apply to the purchase of this product.) 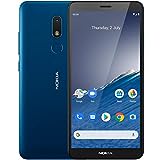 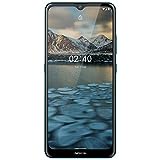 (20)
₹ 11,499.00 ₹ 9,999.00
Capture detailed shots after dark with Night mode’s advanced image fusion and exposure stacking Put your best face forward with Portrait mode’s custom shapes and blurred backgrounds, plus the new Portrait editor Charge less Get up to 2 days on a sing... read more
(as of February 28, 2021 - More infoProduct prices and availability are accurate as of the date/time indicated and are subject to change. Any price and availability information displayed on [relevant Amazon Site(s), as applicable] at the time of purchase will apply to the purchase of this product.)

JBL early Black Friday sale: Save up to 58% on headphones and audio 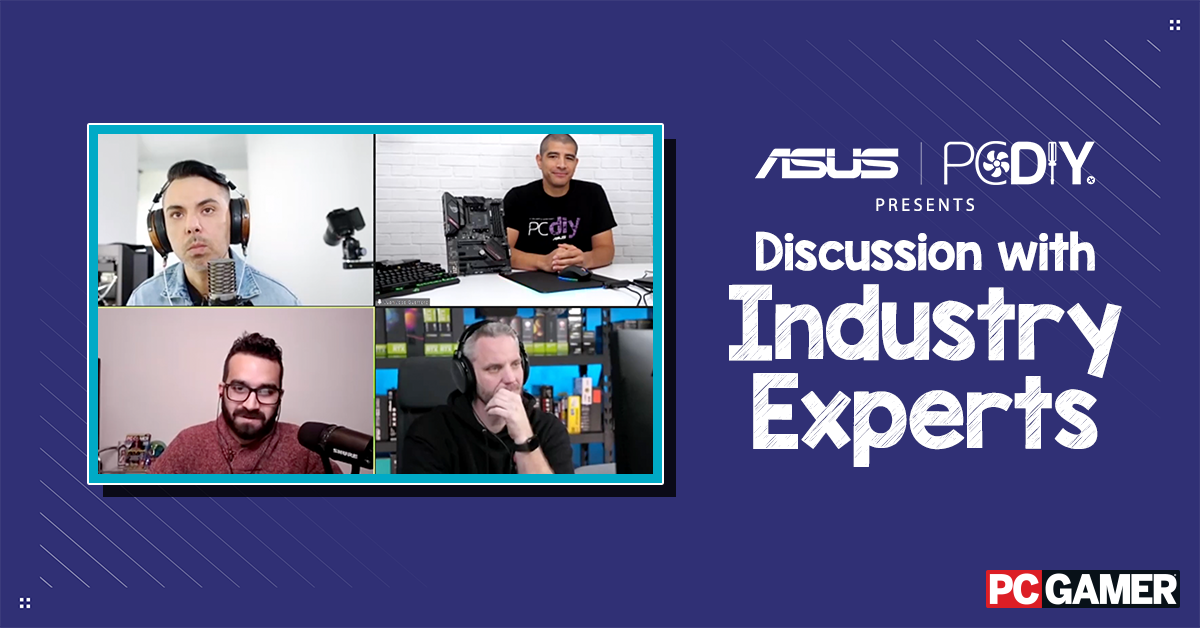