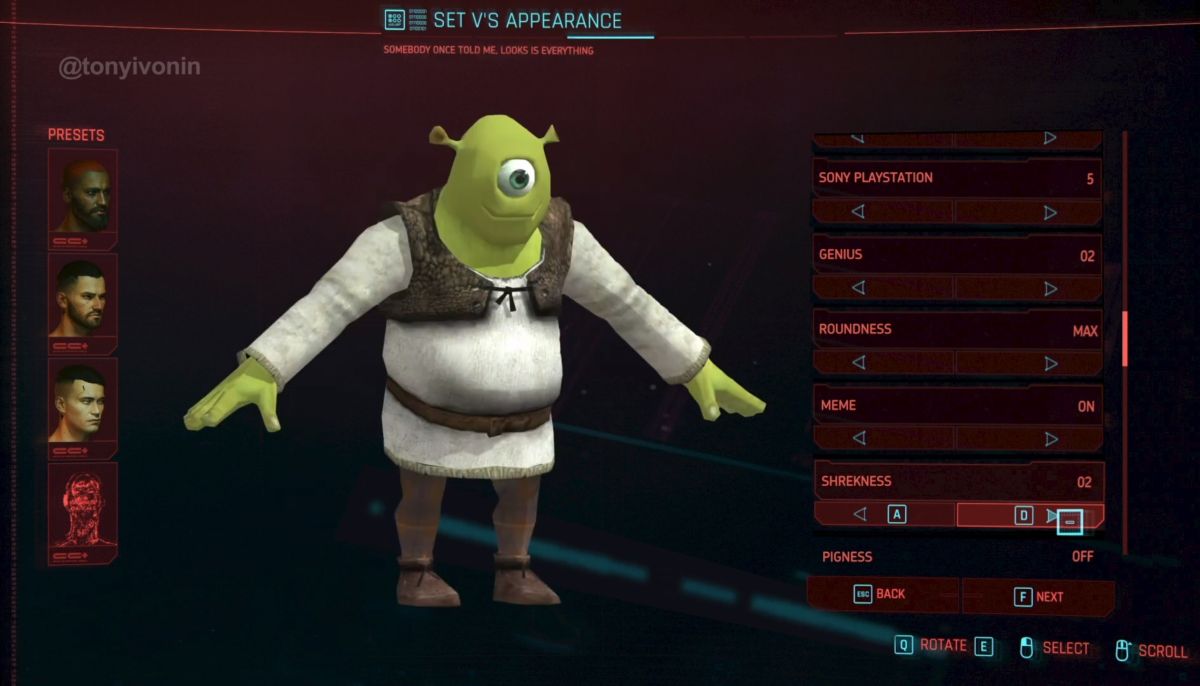 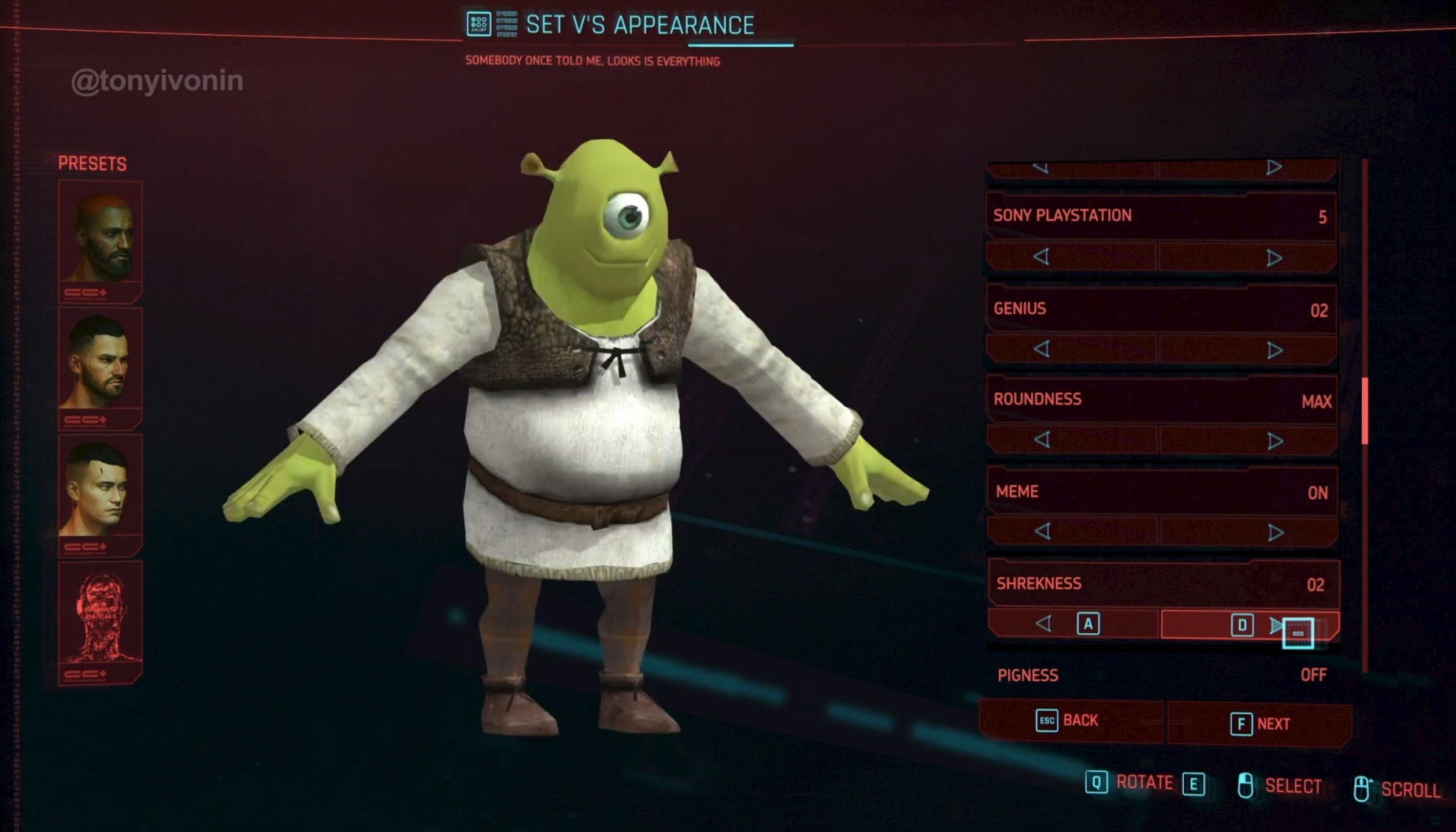 We’ve seen plenty of Cyberpunk 2077 memes pop up in the past few weeks, with everyone from Elon Musk to Squidward supposedly being “created” in the game’s character creator.

Not only is it a convincingly animated video (except that we can’t rotate our characters using the mouse on PC, though I’m guessing we all tried), there are lots of great video game references and jokes packed into the two minute video.

The Genius option lets you play as Rick Sanchez, while ticking it up to the next level summons Pickle Rick, naturally. Setting Genius to Endless takes a while before it loads a reverent facsimile of Kojima, complete with angelic harmonies and god rays shining down from heaven. And naturally there’s a Meme setting, which can be adjusted according to Shrekness. It’s just hard getting him to stop dancing.

If only it were real! Sigh. On the plus side, a new mod actually lets you change the looks of your Cyberpunk 2077 character after you’ve created them. You won’t look like Shrek, but at least you can finally get a haircut.