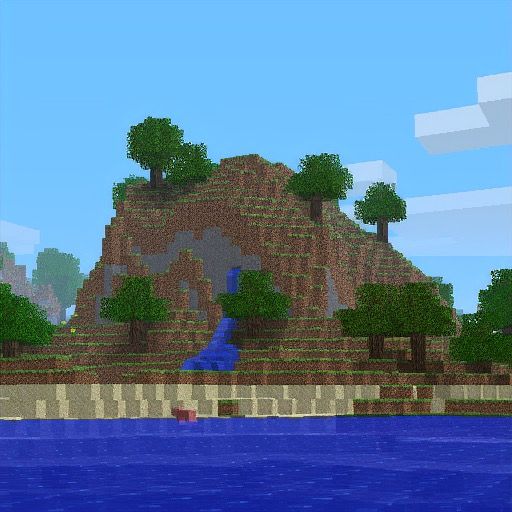 An elaborate, supercomputer-powered project has found the world seed where Minecraft’s iconic Pack.png image exists, thanks to a comprehensive search by fans. To be precise, a core team of seven Minecraft fans used several NVIDIA DGX-2 Supercomputers to trawl the 230-some trillion possible Minecraft worlds for an exact location that only existed within a static image. The Pack.png image is possibly the most-seen image in all of Minecraft fandom, because it’s the texture pack image for the default look of Minecraft.

A world seed is a specific string of numbers that generates a unique Minecraft world, and the world in which the Pack.png screenshot was taken was not known. Earlier this year, a similar project hunted for the world of Minecraft’s original title screen. Unlike that project, the majority of this project was undertaken using supercomputers, rather than the distributed computing method of [email protected]. It was, however, the [email protected] project that found the seed in the end, though only 5% of possible world seeds were searched with it.

Per the pack.png project’s statement on its website: “After 8 months of searching, we’ve finally found the infamous pack.png seed! This is just a quick announcement to let you guys know we found it. Turns out it was in the last 5% of seeds we searched with [email protected] (BOINC), which means it’s a good thing we didn’t give up on it. Most of all, many thanks to everyone who helped out with the project! We seriously wouldn’t have been able to do it without you. Special shoutout to those who helped contribute compute power through [email protected] (BOINC)- you made what would have taken thousands of hours to complete on a single computer into something which ran in only a few days. If you’re interested, users niraami and zombie67 were lucky enough to be the ones whose computers processed the pack.png seed.”

The hunt for Minecraft’s tallest cactus, however, is still ongoing.

How to decorate your home with light strips