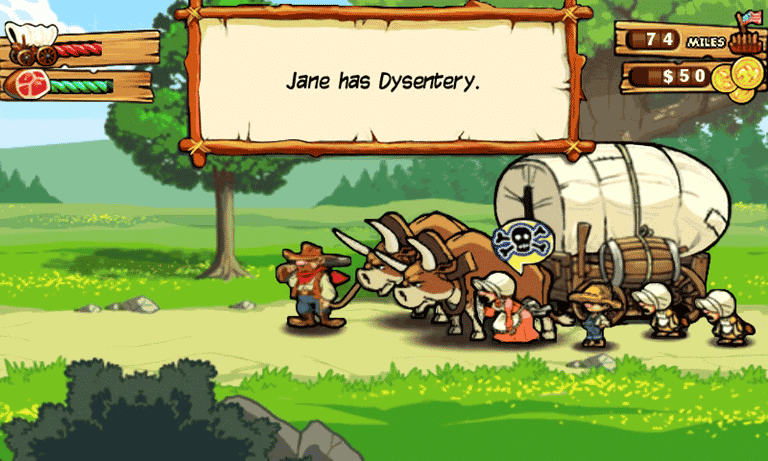 Gameloft, a leader in game development and publishing, and HarperCollins Productions are pleased to announce an exciting new update for the hit hit The Oregon Trail, integrating the 2021 # 1 loaded Apple Arcade game, Apple Health app and The Oregon Trail: Steprack Apple Watch app. Under the motto “The Oregon Trail – In Real Life”, players can now use their iPhone or Apple Watch to experience the real steps of the Oregon Trail in their daily lives.

Players will find more than just a simple pedometer: additional features include digital representations of real-world locations, statistics and progress data, daily summaries, avatar customization, in-game rewards and more. Players can trek the entire 2,000 miles of the Oregon Trail with five steps, 64 locations, seven castles, 15 river crossings and eight Pony Express stations, which means there’s plenty to see and do along the way. The stunning graphics of the Oregon Trail also take center stage. Players see changes in the animated environment as they follow the path from Freedom to Oregon. If players walk 10,000 steps every day, it will take them more than a year to complete this epic journey.

“Using Apple Health, we can say with confidence that the original hiking simulator is no longer just a sport, but a way for players to follow the Oregon Trail at their own pace. It’s a great way to get to know them better, “said David McMinn, Game Manager, Gameloft Brisbane.
More details about the Oregon Trail and The Oregon Trail Steptracker can be found here: https://www.gameloft.com/game/the-oregon-trail

How to turn off the Nintendo Switch (and its controllers)