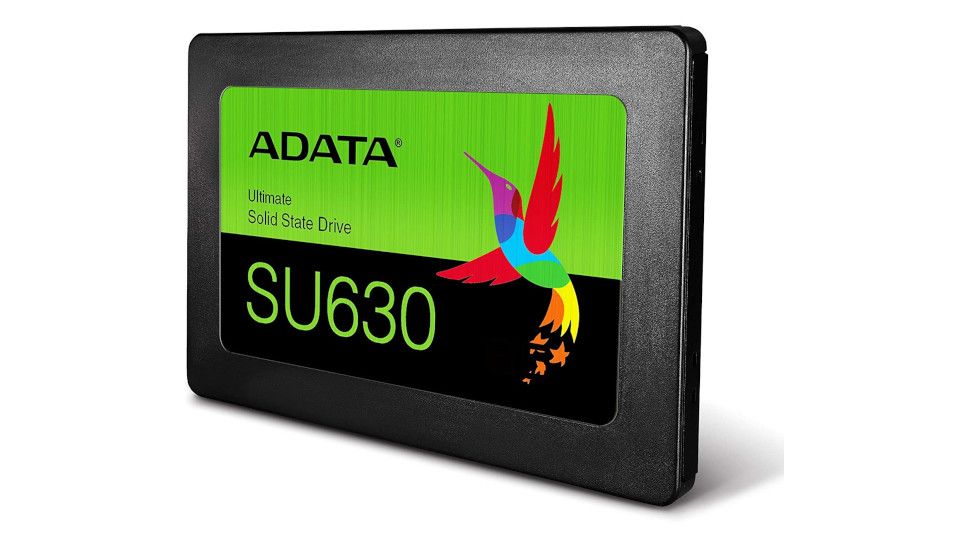 3.84TB Adata SU630 SSD – $374 at DirectDial
(roughly £290)
For a high capacity solid state drive, this 3.84TB model from Adata is seriously affordable. When we first discovered it, we couldn’t quite believe our eyes.View Deal

The Adata 3.84TB SU630 is the world’s cheapest high-capacity SSD right now. Nothing comes even close above the 2TB mark; this drive is the only model that costs less than $100 per TB.

At $374 from online retailer DirectDial, it focuses more on the prosumer market than on enterprise, as highlighted by its SATA interface and a three-year warranty (just make sure you sort out cloud storage to back up all that data).

At first, we thought the listed price was a typo, but Adata has confirmed it is indeed bonafide. The 2.5-inch SATA SSD snatches the crown for the most affordable large capacity SSD right now from the former reigning champion, the Micron 5210 Ion.

The Ion is an enterprise drive that uses QLC technology and has a five-year warranty – the same as the previous capacity champion, the Seagate Nytro 1351.

We’ve never tested the Adata SU630, but we did review the SD600Q (a ruggedized external SSD), which we think could share the same components.

Back then, we wrote that it was the first drive from an independent maker of SSDs based on 64-layer, 3D QLC NAND, likely from Intel. The SSD controller, meanwhile, is almost certainly a Maxio Technology MAS0902A.

All in all, an excellent deal made even better thanks to a three-year warranty.

Intel’s powerful 8-core laptop CPU could arrive in June to fight back against Ryzen...

If you could only play console games, which console would you choose?