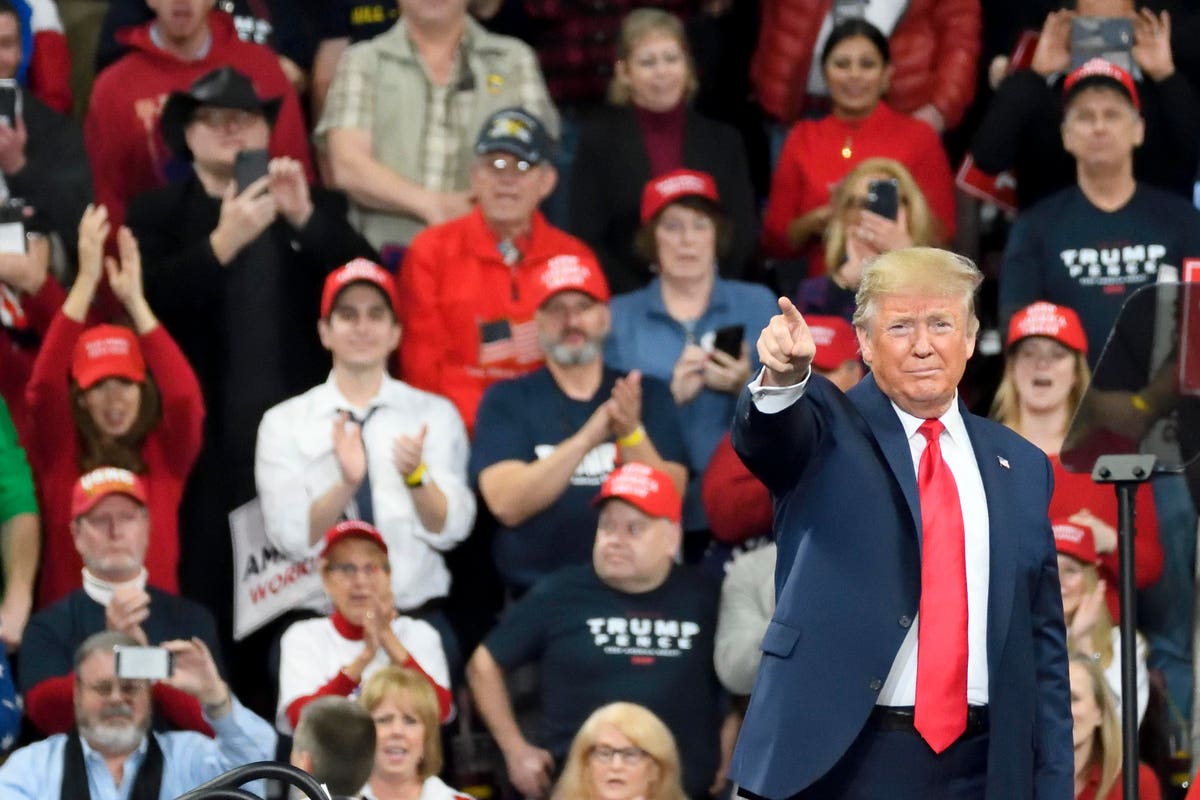 President Trump called for a Goodyear boycott Wednesday after a photo went viral Tuesday that appeared to show a slide from a meeting at a plant in Topeka, Kansas that said wearing MAGA hats at work is against the company’s zero-tolerance policy.

A Goodyear employee shared a slide that showed what was acceptable and unacceptable to wear to work with local news station WIBW-TV.

Trump tweeted “Don’t buy GOODYEAR TIRES,” because of the ban on MAGA hats, adding, “Get better tires for far less!”

Trump said the ban is “what the Radical Left Democrats do” and “two can play the same game, and we have to start playing it now!”

Shortly after Trump’s post, Goodyear tweeted that the slide was not made by corporate or shared at a diversity training session and said the company has zero-tolerance for any form of harassment or discrimination and asks associates to “refrain from workplace expressions in support of political campaigning for any candidate or political party, as well as similar forms of advocacy that fall outside the scope of racial justice and equity issues.”

The Kansas-based employee told WIBW-TV the company’s new zero-tolerance policy is “discriminatory” because Goodyear told workers that it is acceptable to wear attire supporting certain social and political causes like Black Lives Matter while labeling others like MAGA and Blue Lives Matter as unacceptable.

Trump’s limousine known as the “Beast” appears to have Goodyear Tires.

Boycotts of businesses have become commonplace over perceived and real political affiliations. On Wednesday, “Goya” was trending on Twitter after Trump denounced Goodyear. Calls to boycott Goya Foods erupted online after the CEO of the popular Hispanic-owned foods brand praised President Trump during an event at the White House. CEO Robert Unanu said we are “truly blessed” that Trump is president. Both Trump and his daughter and advisor Ivanka shared their support of Goya Foods on social media, a move that was seen as a possible ethics violation. Protesters also called for boycotts of brands like Chick-fil-A and Hobby Lobby over the political leanings of their CEOs.

How to enable Microsoft Edge’s Kids Mode and block sites

The Three-Body Problem on Netflix: All we know about the upcoming sci-fi series

Snapchat goes after TikTok by adding music to snaps