No doubt you’ve heard this before, but video is the best performing content type across all social platforms, and Twitter is no exception. According to research, Tweets with video see 10x more engagement than those without, while Promoted Tweets with videos save more than 50% on cost-per-engagement.

If you can create video content, you should – and this week, Twitter has published some new insights into exactly how you should look to utilize its various video ad options to maximize campaign impact.

Twitter has published its findings in three parts – we covered the first element, which looked at using multiple formats in a single campaign, here. The next two elements look at exposure by format and determining the strengths of each video ad format individually.

Here’s what the research shows:

First off, on video format sequencing – Twitter found that, in order to get maximum response for your video campaigns, ideally, brands should look to use its premium ‘First View‘ video promotion option as an initial option, then use Amplify and Promoted Video to supplement the main message.

“Given the premium attention-grabbing nature of First View, leveraging it as the first exposure leads to 25% higher fixation on the ad. While First View will equally deliver on its primary objective of driving awareness whether seen first or second, it’s 27% more cost-efficient at driving purchase intent than when other formats are used first.”

Of course, not all brands can afford a First View campaign, which ensures that your ad is the first that your target audience sees on their home timeline when they log in. Twitter says that the costs of First View campaigns can vary significantly, but given the prime placement, you can expect to pay a premium price. As such, it may not be an option for all businesses – but the data shows that, if you can, First View is the best option for maximizing your video campaign reach.

First View is also the best format for maximizing attention, as shown by eye-tracking tests:

“When the ad is seen in the First View format, eyes are fixated on the video itself. In the Amplify and Promoted Video formats, people are absorbing additional information such as the account name, Tweet copy, and engagement metrics.”

So, again, for those looking for the best option, First View sees the most attention. Yet, even so, Twitter’s latest report shows that its other video ad options – Amplify and Promoted Video, also drive high levels of attention.

“When compared to the control, [both Amplify and Promoted Video] create memorable experiences (Amplify +33% aided ad recall, Promoted Video +59% aided ad recall), but each have their own strengths. Amplify spreads awareness to a broad group of consumers, driving +8% new product awareness and +8% research intent. Promoted Video helps to increase positive brand opinions like +18% cultural association and +9% the perception that the ‘brand is good quality’.”

Overall, Twitter’s main emphasis here is that, used in combination, in a strategic and cumulative approach, employing various video ad formats within each campaign will have the most impact. But individually:

You can see, then, how they work in combination to drive home your messaging, but even on an individual level, each can play a key role in maximizing your promotions, dependent on your goals.

These are some interesting insights, which add to the various considerations for Twitter’s video ad options. Again, cost is a factor, but in alignment with your budget and aims, these findings could help you to better target your promotional approach. 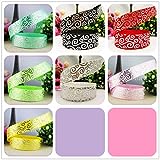 ₹2,674.00 ₹1,337.00
Вид продукта: ленты, ширина: 7/8 дюйма, производитель: yjhsmy, размер модели: 14111669 Тип ткани: корсажная лента, стиль: односторонняя, техника выполнения: с рисунком, рисунок: комикс, материал: 100%... read more
(as of October 17, 2021 17:53 GMT +05:30 - More infoProduct prices and availability are accurate as of the date/time indicated and are subject to change. Any price and availability information displayed on [relevant Amazon Site(s), as applicable] at the time of purchase will apply to the purchase of this product.)

The best games to play on Zoom

The best Black Friday deals you can get in Canada